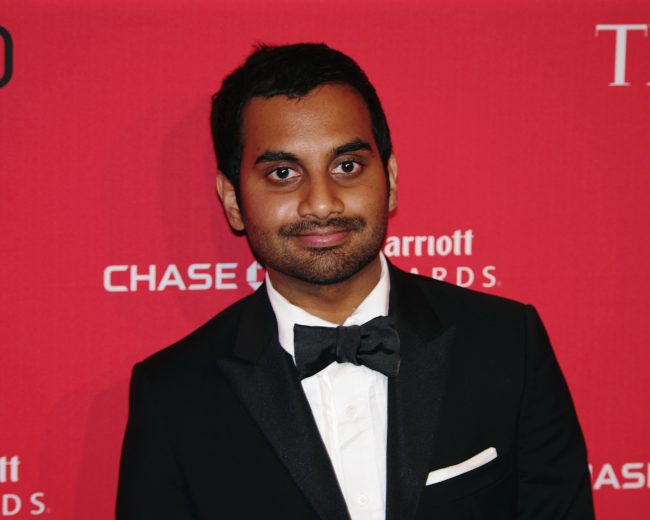 Yesterday, we reported on the fact that a photographer named “Grace” came forward with allegations of sexual misconduct against Master of None‘s Aziz Ansari. Now, we have an apology from Ansari. As I’ve read “Grace’s” account and Ansari’s apology, and listened to the discourse around them, both publicly and among those in my personal network, the disconnect with which men seem to view women when in sexual situations is alarmingly clear.

As reported by Time, here is Anzari’s “apology” (which is really more of a statement) in full:

“In September of last year, I met a woman at a party. We exchanged numbers. We texted back and forth and eventually went on a date. We went out to dinner, and afterwards we ended up engaging in sexual activity, which by all indications was completely consensual.

The next day, I got a text from her saying that although “it may have seemed okay,” upon further reflection, she felt uncomfortable. It was true that everything did seem okay to me, so when I heard that it was not the case for her, I was surprised and concerned. I took her words to heart and responded privately after taking the time to process what she had said.

I continue to support the movement that is happening in our culture. It is necessary and long overdue.

Now, he expresses concern, but doesn’t seem to own that he might have done anything wrong. In “Grace’s” (this was a pseudonym used to protect her anonymity in the original babe piece) original account, she says that she texted him the next day, and in that exchange, he did apologize to her directly saying, “I’m so sad to hear this. All I can say is, it would never be my intention to make you or anyone feel the way you described. Clearly, I misread things in the moment, and I’m truly sorry.”

Both statements are interesting in that it’s clear that he’s apologizing, but doesn’t really understand what for, and while it’s absolutely important to apologize for hurting someone, it’s equally important to understand why they were hurt and why you’re apologizing so that you don’t do it again to someone else.

Two things stood out to me when reading both Ansari’s original apology, and his subsequent statement.

First, in his original apology, he talks about “misreading things.” According to “Grace’s” account, she didn’t just rely on visual cues. She asked him to slow down, and he said he would…before immediately trying again. If that is true, then there’s nothing to “misread.” He simply wasn’t true to his word. If a woman asks a man to slow down, and the guy agrees to slow down, but his version of “slowing down” is trying for sex again two minutes later, and then proceeding to engage continually, that’s a problem. That’s him not really registering what she wants or needs.

It’s the equivalent of being in a “conversation” with someone, but rather than actually listening, you’re just waiting for your turn to talk. That’s not okay. It’s rude enough when that happens in conversation. It can become a crime if it happens when dealing with someone’s bodily autonomy.

It’s also one of the clearest examples of objectification there is. When guys develop such a one-track-mind about Getting Sex that it becomes their only goal and all they’re thinking about, they’re not really registering women as people at that point. Women literally become sex objects, and men are registering them as The Thing That’s Gonna Give Me Sex If I Press the Right Buttons. In that frame of mind, too many men are not looking for visual cues or listening for verbal ones, because they’re too caught up in their desire to achieve that goal.

The second thing that stood out to me is that, in his subsequent statement, Ansari says that everything “seemed okay” during their encounter, so he was “surprised” and “concerned” when she said that wasn’t the case. Her flat-out asking him to stop aside, it’s highly disturbing that, if she was even half as unenthusiastic about the goings-on in his apartment as she says, to him everything “seemed okay.”

As I said above, all I’ve been hearing since this story came out is how common this is. How men are perfectly happy to have sex with women even if they are wet noodles who aren’t really into it, but who unenthusiastically resign themselves to the activity because they feel nervous, or trapped, or uncomfortable and don’t know how to handle it.

Question for men: why are you not looking for or waiting for enthusiastic consent and engagement in your sexual activity? Why are you simply satisfied with getting sex, and you don’t really care how? How could that possibly be a turn-on for you? Obviously “not all men,” but it’s clearly enough men that this is a common occurrence. So yeah, I’m asking the group. Don’t you want the woman having sex with you to be completely gung-ho about it?

PS – gung-ho isn’t constantly leaving your side to sit in another seat and you needing to follow her to stay close to her. If she were enthusiastic, she never would’ve gotten up and moved. She wouldn’t keep trying to deflect, change the subject, or find something else to do. You wouldn’t have to continually convince her.

I understand that women are taught to play “hard to get,” and that’s a problem that needs changing, too. But err on the side of caution, my dudes. Take women at their word and be led by their actions. Stop trying to interpret what you think they mean. We’re not that mysterious. Promise.

Sometimes, this behavior ends up being played out more violently. But most of the time, as in the case of Ansari and “Grace,” it happens quietly.

The fact that it happens quietly doesn’t make it any less detrimental to women, which is why it’s so important that “Grace” has told her story. What keeps coming up as the story is shared is that 1) so many women have had dates like these, and 2) guys admit that they do stuff like this all the time, but don’t see it as a big deal, because the sexual activity happened without much fuss, so clearly that must have been consent.

It would be easy to blame “Grace” for not leaving, for not being more firm about her feelings of being uncomfortable, for *gasp* going to his place and drinking at all.

The award for the World’s Shittiest Take on this situation has to go to Caitlin Flanagan over at The Atlantic for her piece, “The Humiliation of Aziz Ansari,” in which she concern trolls about Ansari’s future (throwing in concern-trolling about racism to boot!) by spending the entire op-ed victim-blaming and talking about how feminism was better in the 70s, because,

“In so many ways, compared with today’s young women, we were weak; we were being prepared for being wives and mothers, not occupants of the C-Suite. But as far as getting away from a man who was trying to pressure us into for sex we didn’t want; we were strong.”

She talks about how 1950s women’s magazines would’ve shamed “Grace” for her account…then proceeds to get in on the shaming herself, saying:

“She tells us that she wanted something from Ansari and she was trying to figure out how to get it. She wanted affection, kindness, attention. Perhaps she hoped to maybe even become the famous man’s girlfriend. He wasn’t interested.”

Um, according to “Grace’s” account, he was very, very interested. I love how Flanagan is shaming “Grace” for daring to want things like affection, kindness, attention, and wanting to date someone. For daring to approach a celebrity at a party she was also attending like a normal human being and flirting. How dare she want those things, right? Those things that everyone wants for themselves. How dare she want them enough to pursue them.

And how dare she want to pursue them and then decide she doesn’t want to have sex right then.

Because apparently, men are children, and so it has to be all or nothing, because they only understand simple messages. If a woman says “yes, I want to date you,” or “sure, I’ll go hang out with you at your place,” she’s basically signing her body away, right? Since men don’t understand things like nuance and levels and timing and desire and consent and the simple idea that women are individual humans with thoughts and feelings of their own, it’s women’s job to give them a wide berth unless we’re totally prepared to have sex with them in that instant, because God forbid they be asked to wait until the next time. That’s too much for their simple little minds to handle.

I don’t believe any of that, but that’s basically what you’re saying whenever you excuse behavior like Ansari’s, or blame women like “Grace” for “having gone there in the first place.” What Flanagan seems too busy referencing outdated women’s reading material to understand is that it should never be up to women to change their behavior to placate or manage men. The problem isn’t women “not fighting hard enough” or not having “mad money” or not knowing how to take a cab. The problem is that no one ever expects men to change. The onus is always on women to alter their behavior, even though their behavior only exists in response to the problem.

Not to run a cliche into the ground, but #TIMESUP on men not being held responsible for their own behavior. It’s not testosterone’s fault that you acted on your desires rather than considering another human being’s feelings, it’s yours.

Men are grown-ass adults who have work to do. If they suck at non-verbal cues, the answer isn’t “well, she didn’t say no, so…” The answer is for men to learn how to pay goddamn attention and get good at it. Women aren’t inherently better at reading non-verbal cues. It’s something we’ve been socialized and trained to do over centuries to better care for children and husbands.

Sexism teaches us that it’s women’s job to take care of men. To worry, as Flanagan does in her piece, about men’s careers and men’s wellbeing and how well men will fare in any situation.

Feminism teaches us that it’s the job of human beings to care for each other, regardless of gender. It’s time for more men to get involved in caring about women the way women have historically cared about them, placing women’s needs and desires alongside their own.

Step One: Really listen, rather than just waiting for your turn to talk.

(image: shankbone/Flickr)
Want more stories like this? Become a subscriber and support the site!