Aziz Ansari And Minority Accents in Hollywood | The Mary Sue 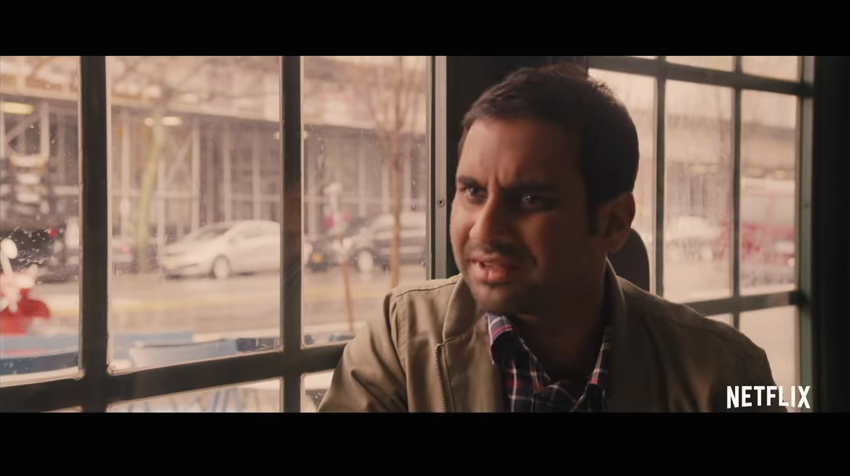 Aziz Ansari spoke at EW Fest about his new show, Master of None, and the ways he drew from his own experiences in writing his Indian-American actor protagonist, Dev. Ansari doesn’t want to call the Netflix series autobiographical, but he definitely relates to Dev.

He describes one specific episode, “Indians on TV” that covers Indian representation in American media:

Dev is then asked to do an Indian accent for an audition, but refuses. Ansari recalls his own experience auditioning for Michael Bay’s Transformers, where he was asked to do a call center guy with an accent. Ansari refused, but his friend and costar Ravi Patel agreed and took on the role. Ansari says it’s something he understands, and he doesn’t hold it against Patel. “You have to work and some people don’t think it’s a problem,” he says.

Ansari says it’s something “a lot of minority actors grapple with.” When is it ok for a minority actor, especially one who has a dialect rooted in the United States, to put on an accent? Accents exist, so including them isn’t inherently offensive, so much as it is the way that it’s framed. Everyone has an accent, by the way. (It seems obvious but I remember this one American girl I spoke with who was aggressively asserting that she “didn’t have an accent.”)

It’s a tough question and with the limited types of roles available to minority actors, it’s hard to blame actors for taking available roles. I do agree with Ansari that the focus shouldn’t be on the actors, but the people creating these roles. I had some reservations about Jimmy O. Yang’s role on Silicon Valley, a Chinese character who’s foreignness and accent define his character. The character, I felt, was written in such a way that the accent was just the cherry on top of a problematic portrayal. In contrast, I’m a big fan of Constance Wu’s portrayal of Jessica Huang on Fresh Off the Boat. There’s a great moment in an interview where she’s asked to do the accent and she replies “No, it’s not a party trick.” When accents are made into a spectacle, the butt of a joke, or a reproduction of stereotypes, that’s when it’s not okay.

Comedian Hari Kondabolu has also spoken about his experiences with ridiculous casting calls and his refusal to do accents. In this video, he outlines an audition that called for a bodega-owning “East-Indian” with an accent and a “soul-ful, philosophical air.” While this “broken-English” character might not necessarily be a comedic character (this is, of course, speculation), the accent is used as a mark of exoticism, foreign-ness, and large parts of orientalism. When there are huge numbers of people in the United States with Asian accents who are constantly pressured to assimilate and learn English, making their languages into a joke has its consequences. The phrase “broken English” itself and the reasons people find European accents romantic and Asian accents disruptive/annoying are effects of these kind of other-ing portrayals.

Ansari has always been pretty outspoken about Indian representations in really funny ways. At the Roast of James Franco, he responded to the Indian jokes many comedians made (7-11, etc) with “I think it’s so cool that some of you guys were able to travel back in time to 1995 for those Indian jokes you did. That’s so cool! Man those stereotypes are SO outdated, oh my god.” Ansari emphasizes in his interview that just because Empire exists, and people like him and Mindy Kaling are working, diversity isn’t solved. “White people have every other show. It’s still kind of unbalanced.” 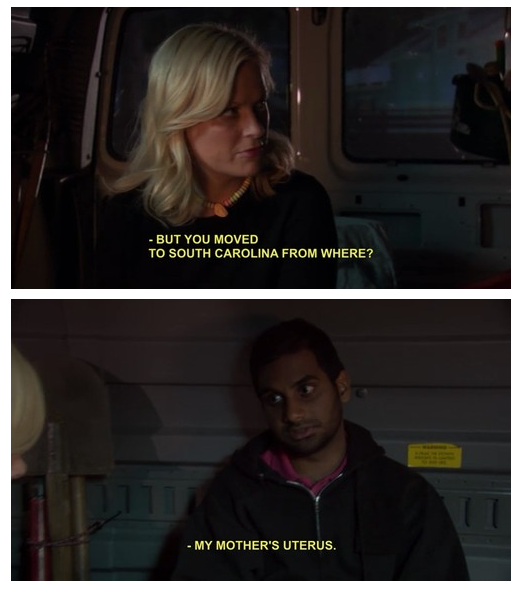