The Avengers: Age of Ultron Finds Its Quicksilver In Kick-Ass 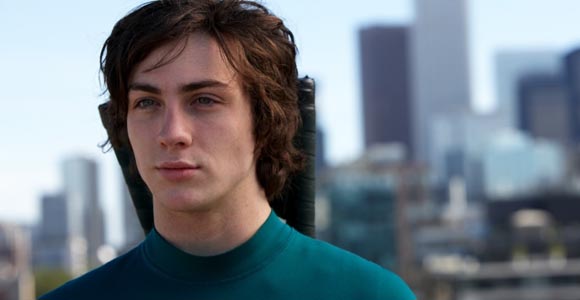 Following in the long-standing tradition of hiring actors from one comic book film to play a different character in another comic book film, Marvel has just hired Aaron Taylor-Johnson as Quicksilver for The Avengers: Age of Ultron.

Seriously though, there are 6 trillion actors in Hollywood, why must we keep recycling for comic adaptations?

My own personal qualms aside, we previously heard this casting as a rumor back in June while the Quicksilver vs. Quicksilver news was also spinning about. American Horror Story’s,’ Evan Peters was announced to be playing Quicksilver in X-Men: Days of Future Past in May and many wondered how that would affect Joss Whedon’s decision making for The Avengers sequel.

The Wrap says Taylor-Johnson’s deal is finally set. “Taylor-Johnson didn’t close his deal until Wednesday, as the ‘Age of Ultron’ shooting schedule overlaps with his upcoming publicity tour for Legendary’s ‘Godzilla’ reboot. That potential obstacle has been overcome and his availability to properly promote that creature feature and shoot the ‘Avengers’ sequel is now ensured.”

Coincidentally enough, Godzilla also stars Elizabeth Olsen, previously hired to play Quicksilver’s canonical sister, Scarlet Witch, in Age of Ultron. They’ll reunite on set but whether it will be as the sister/brother duo or something else remains to be seen. Whedon and company have kept rather tight-lipped about how they’ll be utilizing the mutant characters.

Taylor-Johnson is best known for his role of Dave Lizewski, aka Kick-Ass, in that film series but he also recently starred in Anna Karenina and Oliver Stone’s Savages. What are your thoughts on the casting?