The MCU Is Getting a Shakespearean Twist! 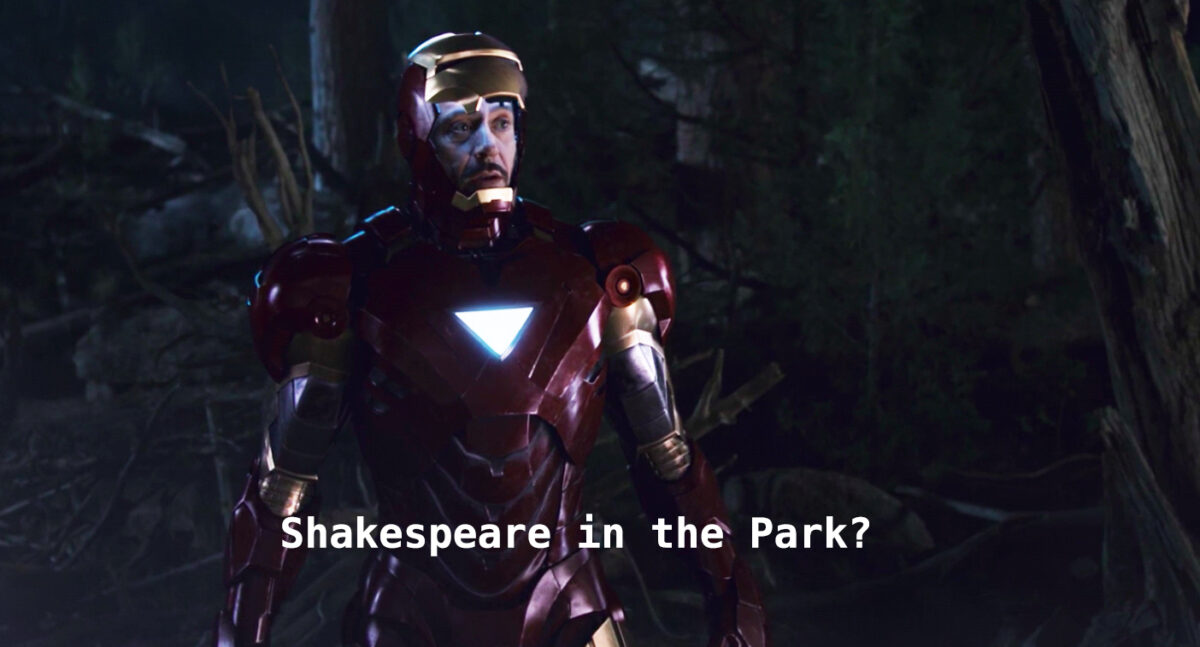 Remember that time when Tony Stark referenced Shakespeare in the Park to Thor because they were fighting in a park in The Avengers and Thor’s delivery could be somewhat antiquated? Well, now the Avengers films will get the direct William Shakespeare treatment, and I for one can’t wait.

Finally, my time as a theatre kid and a Marvel fan will merge! This coming September, Quirk Books is releasing a series inspired by the Marvel Cinematic Universe entitled William Shakespeare’s Avengers: The Complete Works. Did you ever want to read any of the Avengers movies as if they were a Shakespearean play? Now you have your chance!

According to Marvel.com, the series will include the four Avengers movies as plays from the Bard himself. So, you know, perfect for nerds who are fans of both mediums like me. Just a bunch of theatre nerds and comic nerds and theatrical comic nerds all talking about plays with superheroes in them. An absolute dream I definitely had before.

“William Shakespeare’s Avengers: The Complete Works reimagines all four films as plays by the Bard of Avon, complete with authentic meter and verse, stage directions, and entertaining Easter eggs. Fans will experience their favorite scenes, characters, and lines in a new—yet fully faithful—way, through monologues and dialogue by everyone from Captain America to Groot (’Tis I!).”

Is this something I’d read and try and get a production of going? Yes. No questions asked. I love Shakespeare and I tend to like most Shakespeare-inspired things so this project looks perfect, fun, and dare we say educational?

This isn’t the first time a major franchise has gotten the Billy Shakes treatment. William Shakespeare’s Star Wars also exists from the mind of Ian Doescher (who will be Shakespeare-ifying the Marvel Cinematic Universe). Great! No notes. If this stuff had been around when I was studying theatre, I would have been insufferable in class because I would have asked over and over again if we could study this and compare it to the work of Shakespeare. But in the future, it could have the effect of getting comic fans into Shakespeare and bringing Shakespeare fans into the world of comics, so this is a win-win situation.

There’s even been a bit of a direct MCU/Shakespeare crossover already. Back to that Shakespeare in the Park reference, the original Thor movie was directed by Kenneth Branagh, who famously starred as Hamlet in the 1996 Hamlet film adaptation that he directed. Branagh has also directed and been featured in movie versions of Shakespeare’s Henry V (1989), Much Ado About Nothing (1993), Othello (1995), Love’s Labour’s Lost (2000), and As You Like It (2006). No wonder he seemed like a good fit for the backstabbing family palace intrigue elements and grandiose Asgardian staging of Thor.

Many of our modern ideas of storytelling and even franchises come from the work of William Shakespeare. Disney often likes to pull from his world (just look at The Lion King and The Lion King 2: Simba’s Pride) but more than that, we owe a lot of how we view characters to Billy Shakes himself. Much comic book and MCU drama has a deep debt to Shakespeare, so telling these stories in his voice feels like a fitting ode to the Bard.

I’m extremely excited to read all four Avengers movies as plays. If they ever want to actually stage this work (as well as the Star Wars series), I will buy a ticket to every single show if you don’t cast me as a tree.

You can pre-order William Shakespeare’s Avengers: The Complete Works from Quirk Books now!