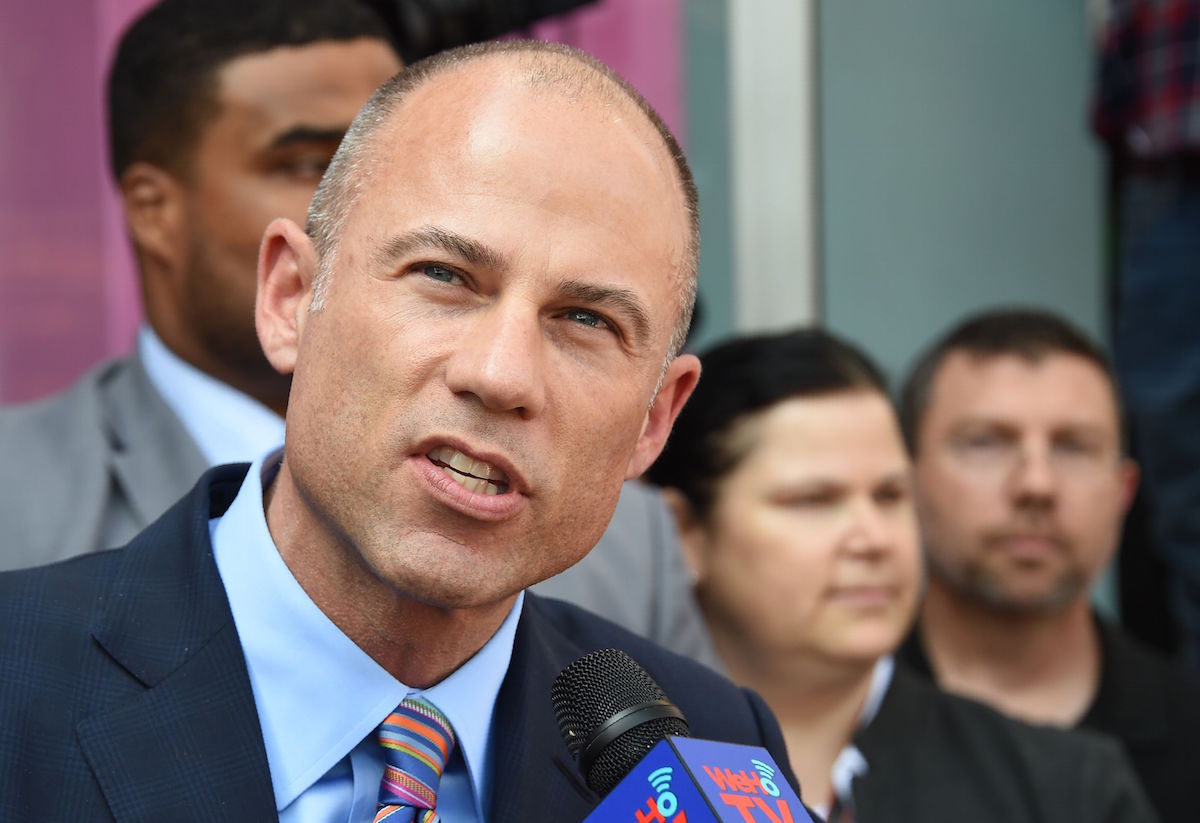 Last we heard from James Woods, he was being dropped by his agent in an act of patriotism. But seeing as Woods is better known by many these days as a Twitter troll than as an actor, his lack of representation isn’t slowing him down.

Over the weekend, James Woods tweeted out a screencap of Michael Avenatti, best known as Stormy Daniels’ attorney, from an interview during the London protests of Trump’s UK visit. “Oh, look,” he captioned it. “The real diapered, hot air balloon …,” referencing the “Trump Baby” balloon that flew over the protests.

Avenatti is no stranger to childish Twitter insult exchanges. The man has made it his mission to take down Donald Trump and in the process, has employed a number of Trumpian tactics, from disparaging nicknames to trademark hashtags. So no one was expecting Avenatti to take the high road in responding to a MAGA-loving troll like Woods. But the angle he chose to take in firing back was incredibly distasteful.

Has Been Jimbo: You know what I love? Every time you pop off about me, one or two more women contact my ofc and describe your harassment/assault of them and #MeToo issues, seeking representation. Keep playing games and you will be next. I promise. #Basta

“Has Been Jimbo,” he wrote. “You know what I love? Every time you pop off about me, one or two more women contact my ofc and describe your harassment/assault of them and #MeToo issues, seeking representation. Keep playing games and you will be next. I promise.” He ended the tweet with #Basta, his own personal “fetch” of a hashtag.

Woods has had accusations of sexual misconduct made against him before, most notably by Amber Tamblyn, who wrote of his “predatory” behavior when she was a teenager. So I 100% believe that Avenatti does get calls from women sharing stories of encounters with Woods.

The issue here is that Avenatti is using those women as nothing more than a way to threaten Woods. By weaponizing them and their pain, he’s dehumanizing them. (And we are going on the assumption here that these are real women who have reached out to Avenatti, although even if he’s lying or exaggerating, it’s bad enough to weaponize the idea of women’s suffering.) He’s warning Woods that he has a secret weapon, a nuclear option, in his back pocket, and that he’s willing to use it if Woods keeps harassing him. But those women deserve better than to be framed merely as a tool to be used in a war between two men.

Michael Avenatti doesn’t have to take these womens’ cases. But for him to use their search for justice or closure as a threat to get James Woods to stop tweeting at him is disrespectful to those women and all women who have spoken up about their experiences with sexual harassment or abuse. It’s sleazy, and shows Avenatti cares far more about engaging with mildly famous trolls than about actual women.

Women’s pain is not a weapon to be used in men’s public pissing contests.