So the Australian TMNT Poster Is Officially a PR Nightmare 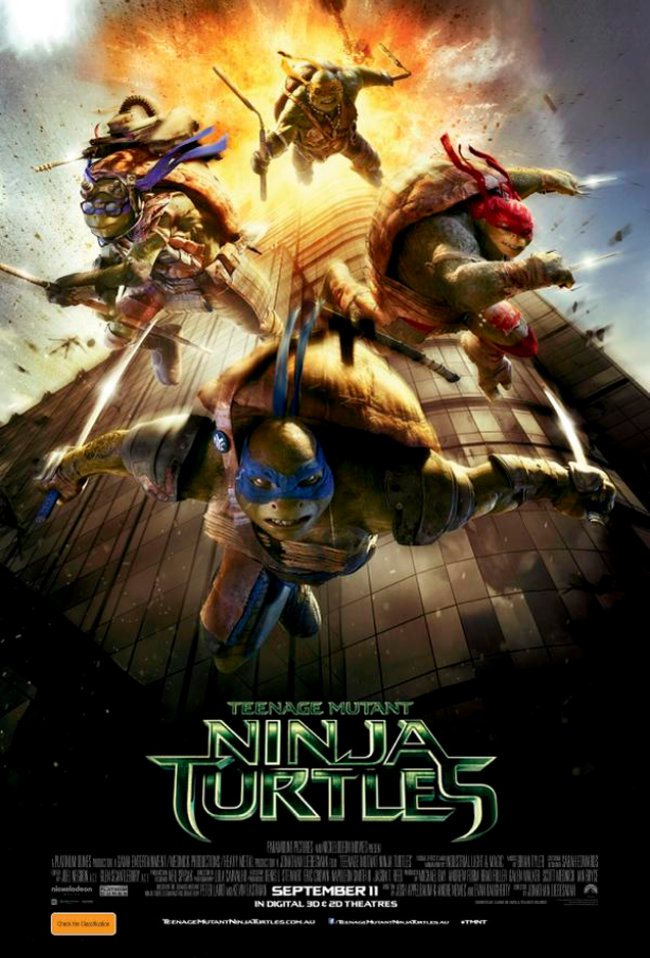 The Australian poster for Teenage Mutant Ninja Turtles looks pretty dynamic—it’s the four of them jumping out of an exploding building! It’s sure to attract viewers for the film’s release date on September… wait, that can’t be right. Oh. Uh oh.

Yup, the TMNT poster above was put out in Australia for a 9/11 release date. Yikes. And you can’t even make the excuse that they didn’t make the connection because Australians put the day first and month second—it literally says “September 11” on the poster right there in tiny white letters.

Oh, also, did we mention that the Ninja Turtles live in New York? And not that I actually think they did this deliberately at all, but the building’s wall-to-wall glass panelling looks a bit like the Freedom Tower. You know, the building the city’s putting up right where the old World Trade Center used to be. Seriously, these are sitcom levels of blundering right here. I’m almost impressed. You’re like one step away from a 30 Rock storyline, Paramount Australia.

The good news is that no one that we’ve seen on Twitter so far appears to be legitimately hurt by the poster, and most critics seem to recognize that the connections you could make to the real-life 9/11 tragedy probably would not have registered as easily with Australians as they would with Americans, so it was most likely not intentional. But it’s still definitely not the kind of press the movie really needs right now. Although, hey: people know when the movie is coming out in Australia now. They definitely know that for sure. Mission accomplished? Wait, no, poor choice of words. Argh, now I’m doing it. Bad turtles, bad!