A Holocaust TikTok challenge is PEAK 2020. 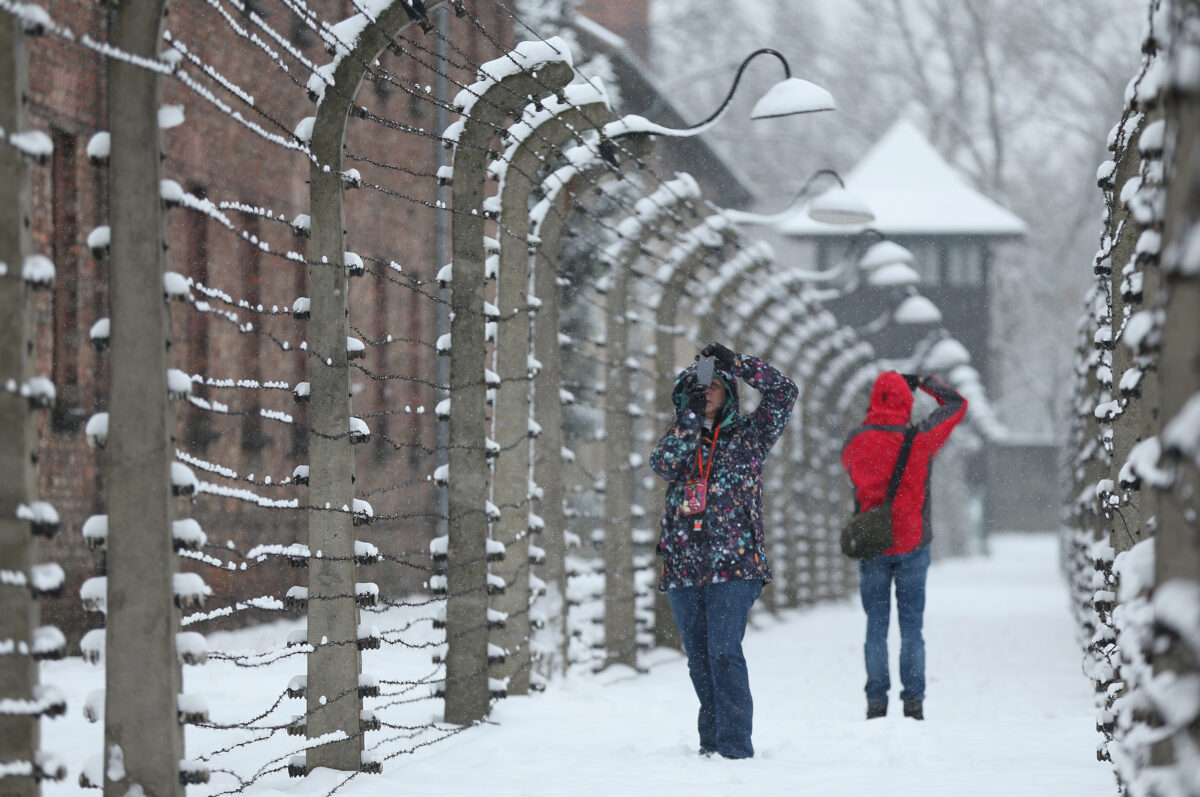 If you think 2020 couldn’t possibly get worse, then hold onto your face masks. The Auschwitz museum is criticizing a new TikTok trend where teens are cosplaying as Holocaust victims as “hurtful and offensive.” The TikTok trend features young people wearing yellow Stars of David, doing bruised make-up, and pretending to be Holocaust victims in Heaven. It is deeply disturbing, ignorant, and offensive.

This is really disturbing. Not only does it trivialise History, but totally dishonours the memory of the Holocaust and lived experiences of real people. Trends like this serve to reduce knowledge of why and how Jews were persecuted. Honestly baffled … https://t.co/uaRa5up1JF

In 2020, the popularity of TikTok among the youth reigns supreme. The video-sharing social networking app has a massive audience and offers everything from dance challenges to political messaging to trolling the president of the United States. Tiktok is such a powerful force that of course Trump is trying to ban it in America.

The Auschwitz museum responded to the trend with a thoughtful statement, that doesn’t condemn the videos, but encourages education and understanding. Their statement reads, “Some videos are dangerously close or already beyond the border of trivialization of history. But we should discuss this not to shame & attack young people whose motivation seem very diverse. It’s an educational challenge.”

The ‘victims’ trend on TikTok can be hurtful & offensive. Some videos are dangerously close or already beyond the border of trivialization of history.

But we should discuss this not to shame & attack young people whose motivation seem very diverse. It’s an educational challenge. pic.twitter.com/CB4Ve2uRUK

The statement continued, “However, the motivation of some people posting the videos seems to come from the need to find some way of expressing personal memory. They use the symbolic language familiar to them. We have to be very careful in this discussion because the language used- also very often in social media- seems to carry lots of emotions, sometimes very strong. We cannot allow vilifying, shaming, and attacking the young people who may have done something in the wrong way as the aftermath.”

It’s a graceful response to a deeply misguided and complicated trend. While some of these teens seem to genuinely want to explore the history of the Holocaust, others are using the trend for tasteless jokes and imagery. Instead of shutting down the conversation completely, the Auschwitz museum is looking to turn this mess into a teachable moment.

The museum’s statement also acknowledges the larger threats of antisemitism and Holocaust denial, which are propagated on all social media platforms. TikTok has yet to comment directly on the trend, but last week released a statement on hate speech, saying “In what can feel like an increasingly divisive world, one of the areas we’re especially intent on improving is our policies and actions towards hateful content and behavior. Our goal is to eliminate hate on TikTok.”

This trend also reminds us of the importance of comprehensive Holocaust history education, which should be mandatory in schools everywhere (it is currently only mandatory in 15 states).

There are a myriad of educational resources for children and teens, including the diary of Anne Frank and Remember the Children: Daniel’s Story, a museum exhibit that traveled the country in the ’90s and currently resides at the United States Holocaust Memorial Museum in Washington, DC. The museum itself is a tremendous resource for education and teaching, with plenty of online content, lesson plans, and more.