'Attack on Titan' Is Ending but When Will 'One Piece'? | The Mary Sue

Attack on Titan Is Ending but When Will One Piece? 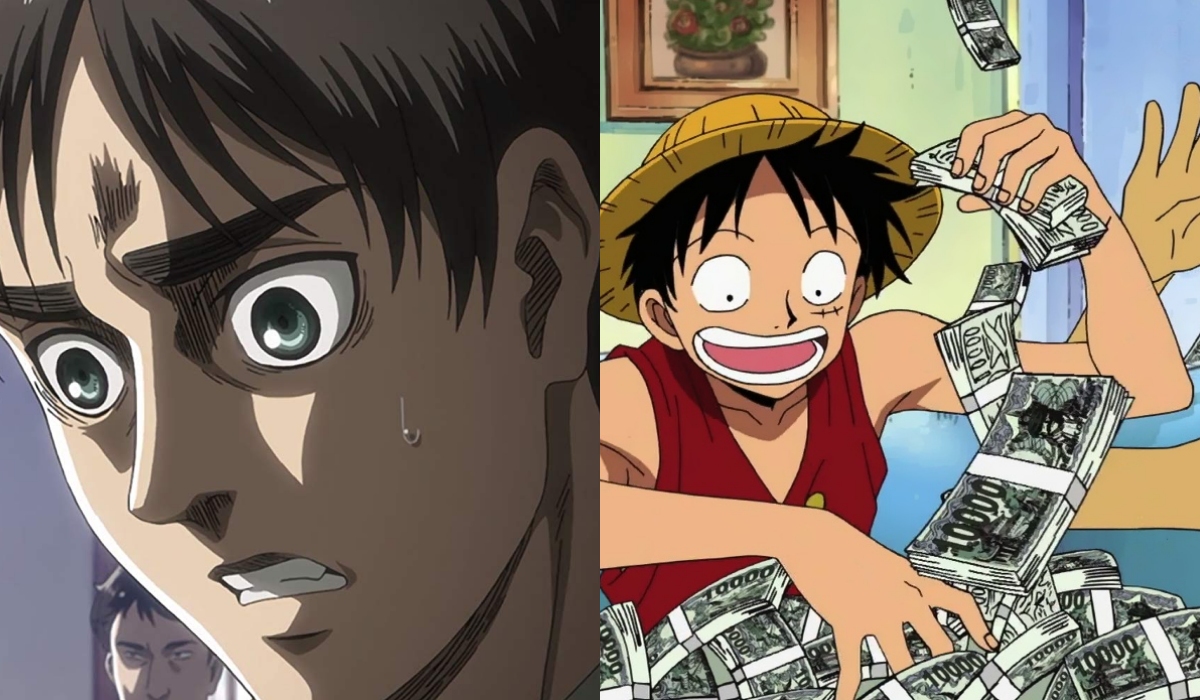 The popular anime series Attack on Titan is coming to an end soon (with the manga probably also ending as well) after 28 volumes and 59 episodes. Meanwhile, One Piece is sitting comfortably with 93 volumes and 890 episodes and counting, with no end yet in sight.

For those who aren’t aware, One Piece first started in 1997/1999 (manga and anime respectively) and told the story of the straw-hat wearing Monkey D. Luffy, a young man who wants to find the famed treasure, the titular One Piece, and proclaim himself the King of the Pirates. He’s also eaten this magical thing called the Devil’s Fruit, which gives peoples weird powers. Luffy’s is that he is made of rubber and is super stretchy (but also means he can’t swim, which can be problematic for a pirate).

He’s joined by his kinda hot crew made up of Roronoa Zoro, a badass swordsman; Nami, a navigator and thief; Usopp, a sniper and a liar; and Sanji, a womanizing chef. Phase 2 of the crew sees  Tony Tony Chopper, a doctor and anthropomorphized reindeer; Nico Robin, an archaeologist and former assassin; Franky, a cyborg shipwright; Brook, a skeletal musician and swordsman; and Jinbe, a fishman helmsman join the ranks.

Earlier this year creator Eiichiro Oda said that One Piece would be ending “soon” but that it would have over 100 volumes total, ergo we got a long ass way to go.

And when Oda says OP is going to be ‘a little over 100 volumes’ don’t start cracking out you candlelight vigil clothes to mourn the end. You can almost see the troll grin on his very words. One Piece will continue for some time.

I’m not gonna say that One Piece is a terrible anime, but at this point, I wonder how it could ever have not just an ending, but a satisfying ending.

Just for clarification, not counting “stories” and missing episodes, Doctor Who, which has been on for over 56 years has 851 episodes. The Simpsons only has 662 episodes. 890 episodes is … surreal.

When I was a teenager, Bleach, Naruto, InuYasha, and One Piece were the four long-running titles that had dragged on for so long the good bits had really been forgotten. Of the four, I think InuYasha and Naruto got the most satisfying endings; Bleach was a hot mess that to this day makes me rage to think about, but One Piece is still going strong.

What made it worse was the anime pumping out so much filler to stretch out arcs when the managaka fell behind the anime. Most filler, even the best of it, can stop a series from its full potential. As a Dragon Ball fan, whenever I talk to new people who joke about it being three episodes of powering up, I always direct them to the manga because without all the filler, it is a really strong story and clear character arcs. Again, some filler episodes are fine, but when it creates whole seasons, that just ruins the structural integrity of the piece.

As one meme put it: 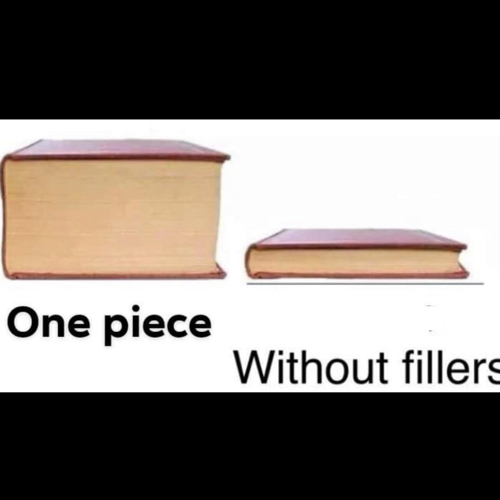 When it comes to Attack on Titan, I’m glad it is ending because it’s already gone in some weird directions, but it has enough going for it that it could end well. Jury’s still out if One Piece will stick the landing, but I’ll tell you this … no one is as loyal as a One Piece fan.

Remaining One Piece fans, what are your favorite arcs in the series? And for everyone else, what was the point in which you gave up on a series?