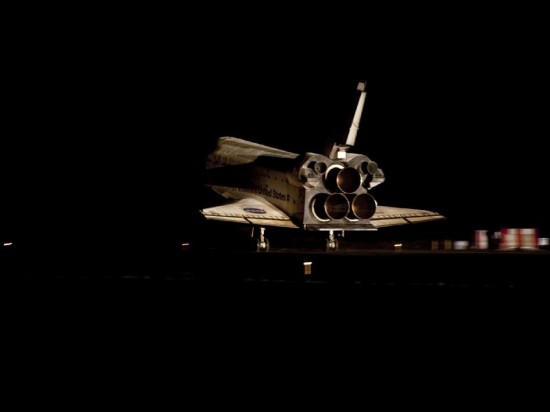 The Space Shuttle Atlantis, which launched July 8th, has returned to Earth. Atlantis’ safe return marks the end of an era, as it is the official conclusion to the entire space shuttle program. Atlantis and her four person crew commenced their landing at night, and touched down at NASA’s Kennedy Space Center at an official full wheel stop time of 5:57am. It was NASA’s 25th night landing, the 78th landing at Kennedy Space Center, and the 133rd landing in overall shuttle history.

During this mission, STS 135, Atlantis orbited Earth 200 times and flew 5,284,862 miles. STS 135 was Atlantis‘ 33rd and final mission. In the course of shuttle’s history, Atlantis spent 307 days in space, orbited the Earth 4,848 times, and flew 125,935,769 miles. The space shuttle program is now officially over and the future of NASA and American space exploration, though sure to continue, is uncertain. 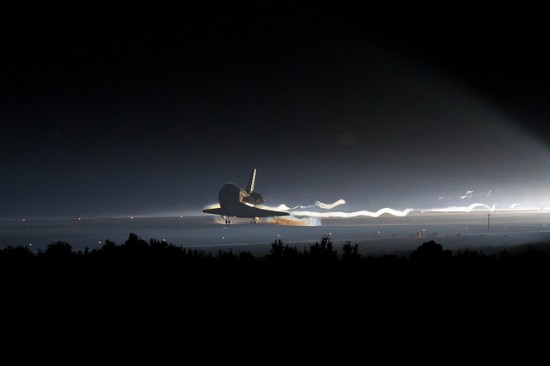 The cancellation of the space shuttle program is part of President Obama’s space exploration proposal. However, there are currently no new vehicles capable of meeting the President’s long term goals. Additionally, any new program will surpasses the reach of what may or may not be President Obama’s second term. Any new President taking office could have completely different goals for space exploration and could take things in a different direction. This uncertainty has led many to lament the loss of the American space shuttle fleet.

Now that the space shuttles are all retired, NASA will be relying on Russia’s Soyuz spacecraft to carry astronauts to and from the International Space Station. However, commercial space flight is a growing business that may offer an alternative way to get people into space before NASA develops any new vehicles.