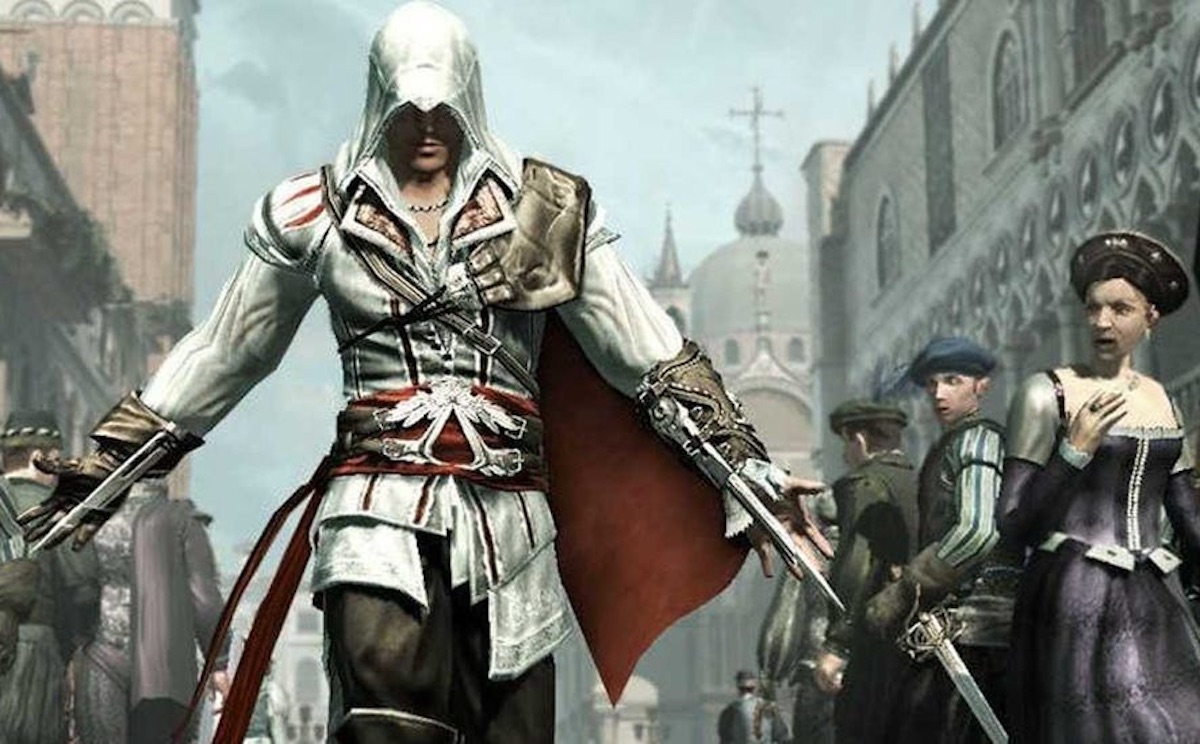 Netflix and game giant Ubisoft are teaming up for a live-action series adaptation of the wildly popular Assassin’s Creed franchise. This is big news for the video-game-to-live-action universe, and has the potential to excite nerds everywhere.

Netflix appears to be doubling down with its Assassin’s Creed bet, making an agreement with Ubisoft to develop multiple kinds of content. The first series slated for development is a “genre-bending live action adaptation,” and it is currently searching for a showrunner. But that’s not all! According to Netflix’s press release, “Under the agreement, Netflix and Ubisoft will tap into the iconic video game’s trove of dynamic stories with global mass appeal for adaptations of live action, animated, and anime series.”

Assassin’s Creed seems like an ideal property for Netflix to pick up following their success with The Witcher. The streaming giant is also expanding The Witcher world into anime and prequel series, and the same model seems to be in play with the Ubisoft deal. Like The Witcher, Assassin’s Creed comes with a ton of built-in name recognition and geek clout; its franchise is “one of the best-selling series in video game history,” as Netflix is happy to highlight.

The first game’s story is a complex meld of future tech and alterna-history, and offers an enormous sandbox in which to play around. Initially intended as a new Prince of Persia game, Assassin’s Creed shifted the protagonist away from royalty and placed the gameplay in an open world, though there’s still room to jump quite a bit if that’s your thing. Per Wikipedia:

In 2012, bartender Desmond Miles is kidnapped by agents of Abstergo Industries, the world’s largest pharmaceutical conglomerate, and is taken to the headquarters in Rome, Italy. Under the guidance of Dr. Warren Vidic and his assistant Lucy Stillman, Desmond is forced to participate in a series of trials revolving around the “Animus”, a machine capable of translating the genetic memories of his ancestors into a simulated reality. Vidic instructs him to relive the early years of Altaïr Ibn-La’Ahad, a senior member of the Assassin Brotherhood during the time of the Third Crusade. His investigation reveals that Altaïr, blinded by arrogance, botched an attempt by the Assassins to retrieve an artifact, the Piece of Eden, from the forces of Robert de Sablé, Grand Master of the Knights Templar, leading to the death of one Assassin, and severely wounding another in the process. Though Altaïr manages to partially redeem himself by fighting off a Crusader attack on the Assassin home base of Masyaf, his mentor and superior, Al Mualim, orders him to assassinate nine individuals in order to regain his honor.

Yeah so there’s a lot going on here, but TL;DR Altaïr kills people real good and sneakily. The world of Assassin’s Creed lends itself to endless bloody quests, intrigue, pathos, and even commentary on pharmaceutical conglomerates—and its “genre-bending” blend of fantasy and science fiction has the potential to hit well across a wide swathe of demographics. I do wonder at how sensitively all of this complicated “history” might be portrayed, but to reiterate, Altaïr kills people real good and that’s the hook.

There’s even more fun to be had if Netflix chooses to adapt the later games’ plot elements. We could have seasons of Assassin’s Creed shows set in Victorian-era London, Ptolemaic Egypt, or Classical Greece. All of these actually sound far more appealing to me than another Crusades mishmash adventure, but we’ll wait to hear more from Netflix about whether it will be directly adapting from the games’ storylines or just winging it with the general idea.

It’s quite possible that a television series will be a better fit for Assassin’s Creed than other forms of adaptation. “I’m currently meh because they’ve not done a good job with it in the past,” an Assassin’s Creed game fan told me in response to the Netflix news. 2016’s Assassin’s Creed: The Movie, starring Michael Fassbender, was certainly a thing that happened—though you may be forgiven for blocking out that period of time from your memory, since it came out shortly after the presidential election.

Somehow (massive piles of cash) the game-to-film also hooked such luminaries as Marion Cotillard, Jeremy Irons, Michael K. Williams, and Charlotte Rampling. I hope they are all happily snoozing on said piles of cash, because the movie scored a whopping 18% on Rotten Tomatoes. Nigel Andrews of the Financial Times called Assassin’s Creed: The Movie “up the pole, out to lunch and off the grid. It is mad, mannerist and unmanageable.”

So Netflix can really only improve from here, right? The current bar for the property’s live action adaptation is set pretty low, but fans will likely remain invested in every aspect of its development. Not only are the Assassin’s Creed games wildly popular, but there’s a significant fandom around them, with nearly 10,000 fics on AO3 alone. Just think how high we could get those numbers if the shows work.

If Netflix wants to repeat its Witcher success, they would do well to find a charismatic, big-name lead, surround him or her with an excellent supporting cast, and put the reins in the hand of a female showrunner and a diverse writers’ room. It’s a proven recipe for keeping us watching and fic-writing.