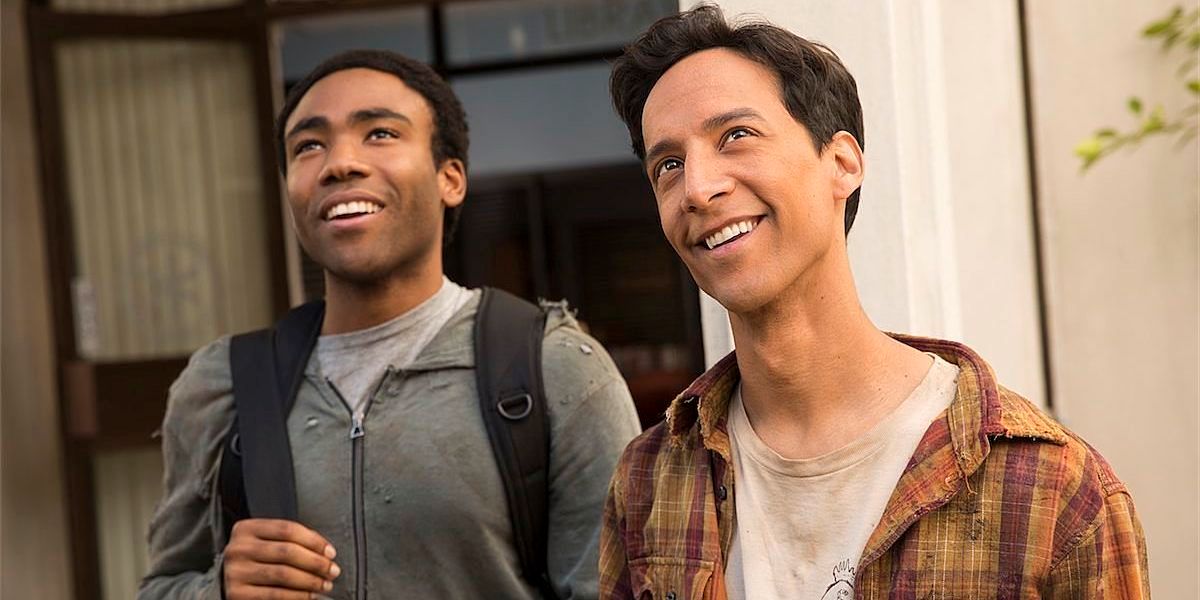 We live in a media landscape where the line between film and television is getting blurrier and blurrier. Streaming networks release prestige limited series that play like long movies, while A-list stars of the big screen are increasingly fleeing to television for richer opportunities. It’s a situation no doubt sped along by the pandemic, which has seen the movie release model (for better or worse) shift to simultaneous streaming and theatrical releases.

Maybe that’s because television has increasingly become a character’s (and thus an actor’s) medium. In a film, you have 90-120 minutes to tell a full and complete story, whereas in television you have years to fine tune and craft deeply complex and intricate characters. Maybe that’s why television friendships hold such a special place in our hearts. We watch these characters grow and evolve over years, break one another’s hearts, and support each other through whatever the showrunner throws at them.

The Mary Sues got to talking about our favorite TV friendships, and we were instantly hit with so many ideas. Here are some of our top picks for TV’s BFFs:

What can I say about Troy Barnes and Abed Nadir? They steal the show among Community’s ensemble, and while the characters themselves and Danny Pudi’s and Donald Glover’s performances are great individually, it’s the way their close friendship works completely seamlessly that puts them over the top into TV icon status. Everyone needs a friendship like that in their life.

One of my all time favorite TV friendships is Hurley and Charlie on Lost. The friendship was born out of the two being stuck together, but grew into a beautiful need for each other. When Charlie knew that Hurley couldn’t go with them and he had to insult Hurley in order to get him to stay behind? Devastating, and something that I do not think that I will ever get over.

I’m gonna be off the mark and say Kenzi and Bo from Lost Girl. There are some issues with Lost Girl, but the friendship between the two women has always held heart. They love each other, balance each other out, and in the end are each other’s true loves. A lot of female friendships are between sisters or have huge ensembles, but Bo and Kenzi are the heart of the show.

Playing House is a beautiful picture of platonic love, centered on two lifelong best friends Maggie (Lennon Parham) and Emma (Jessica St. Clair) living and raising Maggie’s baby together. This show was born out of a deep real-life friendship between the two actresses and it shows. They have described their writing process and it basically just consists of improvising and writing the script afterwards based off of their natural banter. They never seem like they’re not having fun and supporting each other, and their love of one another comes through in every moment of this show.

Abbi and Ilana from Broad City are among my absolute favorite TV friendships. I love them so much that I have put off the last season (still) knowing that there will never be more episodes. Ilana’s unpredictability and overconfidence pairs seamlessly with Abbi’s overthinking and self doubt. Their IRL friendship shines through in the series, and I hope we get to see these writers work together again on and off screen in the future.

Television is filled with great bromances, but they are often hampered by macho expectations to downplay emotions and vulnerability. What made Detroiters so refreshing was its supportive and ridiculously loving friendship between Sam (Sam Richardson) and Tim (Tim Robinson). The duo work together, live next door to one another, and Tim is married to Sam’s sister. But the real love story of the series is the (often co-dependent) relationship between these two ridiculous and overly effusive men. Even when Detroiters spins wildly into absurdity, Tim and Sam’s best friendship grounds the hilarity in real emotion.

What makes your list for best TV friendships? Let us know in the comments!

—The Mary Sue has a strict comment policy that forbids, but is not limited to, personal insults toward anyone, hate speech, and trolling.—<