From waffles to bean feasts, we've got all your favorite fictional noms. 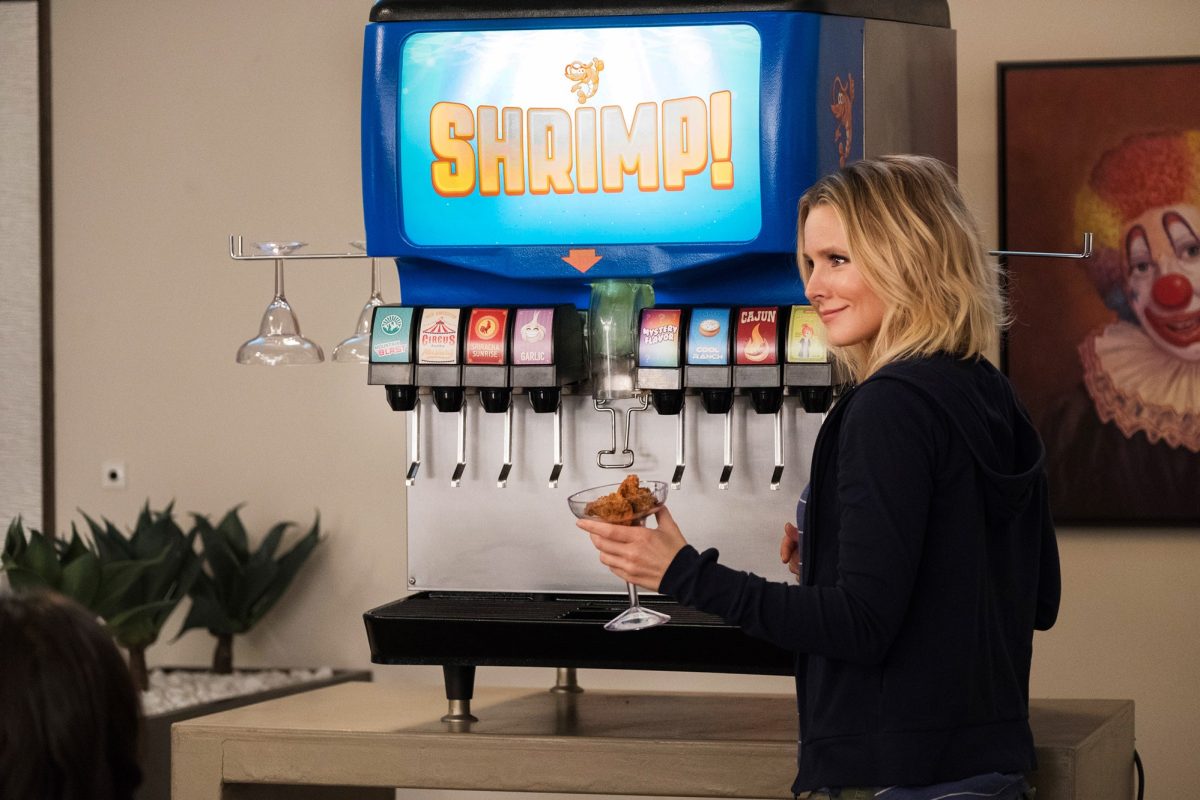 Let’s be real: the best part about the holidays is the food. Sure sure, we’re all here for peace and love and family and gifts, but we’re also here for pumpkin pie, cheese balls, and peppermint bark. Maybe it’s our animal brains hardwired to hibernate through the winter, or a subconscious desire to stuff ourselves with holiday cheer, but nothing compares to the indulgent culinary delights of the winter season. As we continue to pick through Thanksgiving leftovers, we got to thinking about our favorite fictional foods. What would we eat if we had the power to transport our favorite noms from pop culture to our plates?

Growing up I was obsessed with how Teenage Mutant Ninja Turtles’ Michelangelo ordered pizza. He combined asparagus and marshmallows, hot fudge and pepperoni, butterscotch and anchovies. I know that I could make all of these combinations myself, but that would be disgusting. They only make sense in the world of TMNT, eating with a turtle’s mouth, and I want that experience.

Chocolate Island in Super Mario World! This world was full of secrets and, well, chocolate. My favorite was the hot chocolate lava that the moving platforms would creep toward. I thought that was so cool and delicious, like a hot bubble bath where you’d dip in marshmallows and graham crackers. Then I died because the chocolate was too hot to touch. Would enough ice cream balance it out? We may never know.

All I want in this world is to be able to go to JJ’s Diner from Parks and Recreation. Leslie Knope would always find comfort in the waffles that JJ provided for her. Getting to sit in JJ’s and have breakfast with some of my favorite people from Pawnee is a dream, and if JJ’s waffles can change Leslie Knope’s life then I definitely want to try them.

“Eat little at a time, and only at need. For these things are given to serve you when all else fails.” Lembas bread from The Lord of the Rings not only looks delicious and comes wrapped in stylish leaves, but the secret Elven recipe is practical and sustaining. It lasts for months, and a little goes a long way. As Legolas explains, “One small bite is enough to fill the stomach of a grown man.” (Not so much those ravenous hobbits, though.) Frodo and Sam couldn’t have made their trip without it, so we really have Lembas to thank for saving Middle-earth. I always wanted to give it a nibble.

There is nothing I wanted more in life as a kid than to take part in the magical food fight from Hook. The way that the food appears, the colors, the fun and wildness of it all. It’s an incredible scene! And what was that stuff?! It looked mainly like colored cool whip or frosting. Two of my favorite real foods! But luckily, to enjoy this stuff, all I need is imagination.

Including options like Four-Day Weekend, Full Cell Phone Battery, and Beyoncé Compliments Your Hair, The Good Place’s long list of frozen yogurt flavors that tastes like events, concepts, and feelings is the ultimate literal comfort food. (Some anonymous hero has compiled all the listings for your perusal.) I need all the approximately infinite flavors in my life yesterday, which should be well within the powers of those in the show’s afterlife to actually accomplish, honestly. Throw in the judge’s burrito topped with envy and a shrimp dispenser, and you’re in for a forking good meal.

Nothing captures the foodie imagination quite like 1971’s Willy Wonka & the Chocolate Factory. The film is filled with brilliant jokes and tender moments, but there is nothing quite like the chocolate river room, where everything is edible (Wilder later said about a third of the candy in the room was actually edible.) Every child on the planet watched that scene in wonder, marveling at the cream-filled mushrooms, the giant gummy bears, and the chocolate gourds. Even Wonka’s little edible buttercup perfectly embodies the whimsy and wonder of the chocolate factory and the marvelous man behind it all. I can even remember the crushing disappointment I felt when my mother told me it wasn’t real and only a movie. Sure, we make fun of Augustus Gloop for falling into the chocolate river, but honestly who could resist? It’s the perfect setting for the film’s signature song, “Pure Imagination.”

What’s your dream fictional food? Share your picks in the comments!