Should We Worry About "Asians-Are-Interchangeable" Casting? | The Mary Sue

Should We Be Concerned About “Asians-Are-Interchangeable” Casting? 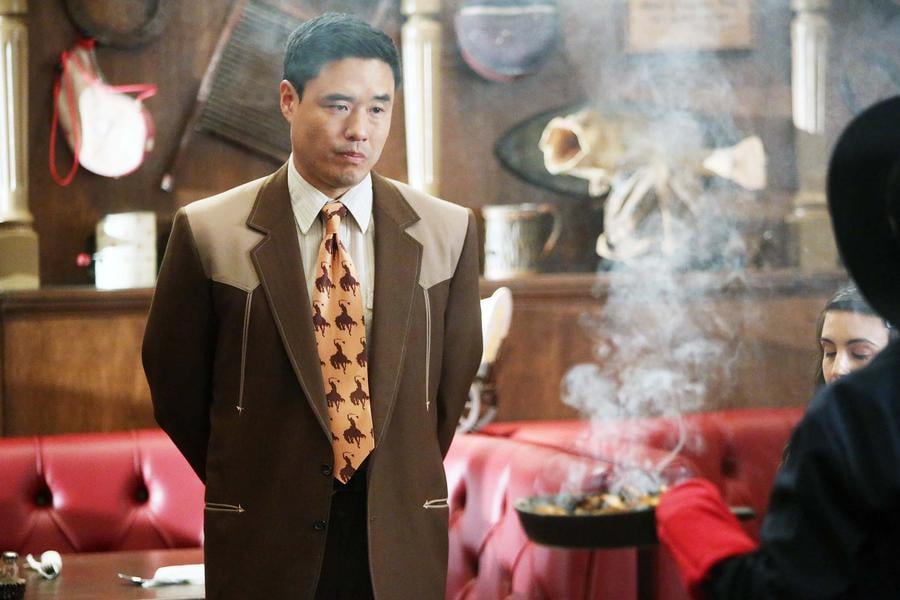 Should we be concerned about “Asians-are-interchangeable” casting?

As I define it, this trend refers to the tendency to cast an Asian actor of one ethnicity in a role written for a different Asian ethnicity.

This phenomenon has been cropping up for as long as I can remember, from casting Japanese-American actress Keiko Agena as Korean rebel Lane Kim in Gilmore Girls, to the film Memoirs of a Geisha, which cast Chinese actress Zhang Ziyi in a role meant to portray a Japanese woman.

So when I saw that ABC sitcom Fresh Off The Boat cast well-known Korean-American actor Randall Park as the head of a Taiwanese American family, I felt unsettled by what seems like a persistent trend in Hollywood.

Seeing a Chinese man being played by someone who to me so clearly looked Korean made me uncomfortable because of the potentially dangerous message Hollywood is sending to the public: that all Asians are interchangeable with one another.

It implies ignorance of the centuries of history, hardships, and culture each country has built up over the years that are wholly distinct and unique.

Of course, every culture bears certain similarities, especially when those countries are geographically linked. But it’s troubling to me that others might believe our identity doesn’t matter in representation, supporting the stereotypes of squinty eyes and stinky lunches, without telling a specific story about a specific ethnicity immigrating to the US. It becomes cookie cutter, a representation of all Asian stories.

Don’t get me wrong, I’m extremely pleased that there is finally a show on television portraying the Asian American experience. It’s wonderful to see any person of color being cast in major leading roles. As a Chinese American myself, I was ecstatic to see people who look like me on the television who weren’t relegated to play the token scientist or mystic sage.

However, Fresh Off The Boat certainly does not mirror every Asian immigrant experience, being specifically based on Eddie Huang’s life growing up in America (you can read Huang’s own thoughts on the series here). The show is creating a voice with which many people identify, but we can’t forget that accurate representation is important, along with respect for separate and distinct cultures.

There are many arguments casting directors make in favor of hiring an actor whose ethnicity is different from the role they are portraying. One that is most often used is that the actor they chose, regardless of ethnicity, was the best actor for the part. What if Park was really the best actor they could find?

We of course don’t know what went on behind the scenes. But it is hard to believe that the creator’s idea of the best actor for the part isn’t someone who is the same ethnicity as the real life character he is portraying. Were there really no adequate Chinese actors that were available? Representation matters. If you’re going to take a risk and make a show about Taiwanese Americans, why not go all the way and do it right?

I don’t necessarily blame Park, or any Asian actor who takes these kinds of roles. Major roles written for any Asian ethnicity are few and far between, and actors must take what they can get. And perhaps the casting choice also represents a dearth of Chinese actors in America. All we can do is hope that the casting director at least tried to look for Chinese actors before looking at any other ethnicities.

Other critics might say that it’s called “acting” for a reason. Actors don’t have to be the exact same person as the role they’re playing, right? Of course not, but audience members are seeing physical features of characters on the screen, and the physical features belong to certain ethnicities. The fact that Park has to adopt a Chinese accent when speaking English is offensive to me in the same way that a white person imitating a Chinese accent would be.

Well then, is it wrong when a white British actor portrays a white American? Or a white American playing a white Italian? First of all, it is noticeable at times when that sort of thing happens. There’s a reason why Don Corleone wasn’t blond hair and blue-eyed. But I also think it’s a little different in this case, because Asian American actors don’t have the kind of ubiquity that white actors do — we are still the minority, we still don’t have many opportunities to have our stories told, and so when we do get that chance, it is important that it’s told in an authentic and sincere manner. Because often that is the only portrayal of Asian Americans many will see. Perhaps when Asian Americans get just as many opportunities as white actors in Hollywood, then that argument can come into play.

If this were just a regular show that happens to include non-specific Asian characters, maybe I wouldn’t think it would be a big deal to have a variety of actors from different countries. But since this show is made to specifically portray Taiwanese immigrants based on the life of a real family, why not do it right? If the show isn’t trying to carry the burden of representing ALL Asian American experiences, as they’ve stated many times, then why not be as specific as possible? Isn’t casting any kind of Asian to play a specific ethnicity giving the message that you ARE trying to tell a generic Asian story, that any old Asian actor will do in this role?

I don’t want people to think all Asians are the same, thereby perpetuating the stereotypes that lump us all together. Like Fresh Off The Boat‘s Constance Wu so eloquently stated in an interview with The Muse, “Sure, there is a burden of representation but the burden shouldn’t be to represent every Asian ever. The burden is to represent an Asian story with as much truth as possible that it touches something in other people and strikes up a curiosity for an experience that is different than your own.” As much truth as possible, indeed.

Elena Zhang is a freelance writer based in Chicago. When not writing about television or food, she can be found baking cupcakes at her local farmer’s market. Prior to writing, she worked as an environmental engineer for over two years. Follow her on Twitter at @EZhang77, or check out her pop culture blog at serenitywatchestv.blogspot.com.