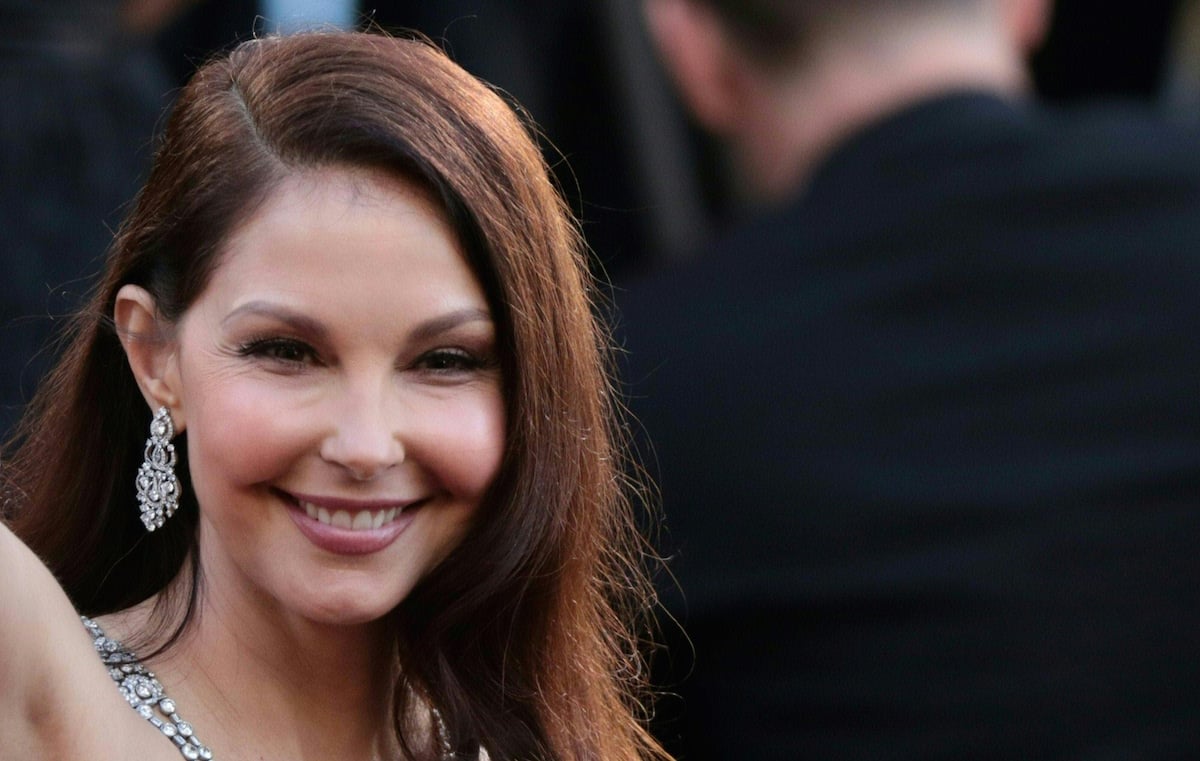 Three years after she first spoke out about her harassment, and nearly eight months after naming the perpetrator publically, Ashley Judd has filed a lawsuit against Harvey Weinstein.

Judd’s accusations against Weinstein resemble those made by other women to a tee. Like so many other women have described, Judd says Weinstein invited her to a hotel for a meeting, then moved the meeting to his room. He asked if he could give her a massage and if she would watch him shower. Back in 2015, she described in detail the “grooming” she saw Weinstein focus on her. (As a side note, it’s extra disgusting that this meeting occurred while Judd was filming Kiss the Girls, a movie about the physical, sexual, and emotional torture and control of young women.)

Judd managed to get out of the hotel room and says she was never offered a role by Weinstein’s company. She has maintained that her refusal to engage in those acts with Weinstein hurt her career. But so much of the damage Weinstein did to Judd and the many other actresses who rebuked his advances can be impossible to quantify. How much was lost by how many women at the hands of Weinstein and other men who have tried to leverage their power within an industry for sex can never be known.

Judd, though, is in a somewhat unique position, because she has at least one example, provided by a prominent man in her industry, about an exact action Weinstein took to deprive her of a specific job. Back in December of last year, Peter Jackson recalled discussing casting for the Lord of the Rings trilogy with Miramax, one of Weinstein’s production companies. Jackson said that the company warned him against casting either Judd or Mira Sorvino, who has also spoken about being harassed and propositioned by Weinstein.

“I recall Miramax telling us they were a nightmare to work with and we should avoid them at all costs. This was probably in 1998,” Jackson said. “At the time, we had no reason to question what these guys were telling us – but in hindsight, I realise that this was very likely the Miramax smear campaign in full swing. I now suspect we were fed false information about both of these talented women – and as a direct result their names were removed from our casting list.”

Judd is now suing Weinstein for the irreparable damage he did to her career.

“Weinstein’s wrongful and outrageous conduct has not just deprived Ms. Judd of the specific opportunity to play a prominent role in a blockbuster film trilogy; it has had a long-lasting ripple effect on her whole career,” the complaint reads. “No person — in whatever job, in whatever industry — should have to forfeit professional aspirations and the right to earn a living to the abusive whims of the powerful.”

Obviously, it’s not Ashley Judd couldn’t find work after her meeting with Weinstein. She went on to have a very successful career. But being blacklisted by Weinstein, whose films regularly dominated the Academy Awards–not to mention Weinstein allegedly slandering her to famous directors–is, again, unquantifiable in the kind of damage it could have done. I’ve been on a bit of a Judd kick lately, spending the last few weekends marathoning 1990s and 2000s thrillers. And I’ve been marveling at how many times she’s played basically the same role. She built her career on movies like Kiss the Girls, Double Jeopardy, and the lesser known High Crimes and Twisted, all films that follow a similar formula, with a similar “strong female character” at the center of a murder conspiracy. I always assumed this was her choice, but we can’t know what kinds of roles she was being offered, what was her choice and was imposed on her by Weinstein’s alleged blackballing.

As for Weinstein, he’s responded to the suit, and it is … odd. It reads:

The most basic investigation of the facts will reveal that Mr. Weinstein neither defamed Ms. Judd nor ever interfered with Ms. Judd’s career, and instead not only championed her work but also repeatedly approved her casting for two of his movies over the next decade. The actual facts will show that Mr. Weinstein was widely known for having fought for Ms. Judd as his first choice for the lead role in Good Will Hunting and, in fact, arranged for Ms. Judd to fly to New York to be considered for the role. Thereafter, Ms. Judd was hired for not one, but two of Mr. Weinstein’s movies, ‘Frida’ in 2002 and ‘Crossing Over’ with Harrison Ford in 2009. We look forward to a vigorous defense of these claims.

Here’s a basic investigation of Weinstein’s “facts.” Good Will Hunting came out only two months after Kiss the Girls, the movie during which Judd says Weinstein’s harassment occurred. So how did those timelines line up? A cursory Google search says the two movies began filming at the same time, meaning casting already would likely have been over by the time the meeting in question took place. Or, if it wasn’t, and I’m just speculating here, couldn’t that have been the role they were meeting to discuss? Weinstein “arranged for Ms. Judd to fly to New York to be considered for the role,” but did that flight ever happen? Why not?

Next, given everything Salma Hayek has described regarding all the ways in which Harvey Weinstein tried to sabotage Frida, casting Judd in that movie doesn’t feel like a career bump, it feels like punishment.

As for Crossing Over, I don’t know much about it other than it got a 16% rating on Rotten Tomatoes. It sure seems like Harvey Weinstein’s “favors” are the kind that gets an actress labeled “box office poison.”

Ashley Judd has said that any “financial recuperation will be donated to the Time’s Up Legal Defense Fund, so that women and men in all professions may have legal redress for sexual harassment, economic retaliation and damage to their careers.”