Ashley Judd Shares Her Experience of Sexual Harassment in Hollywood 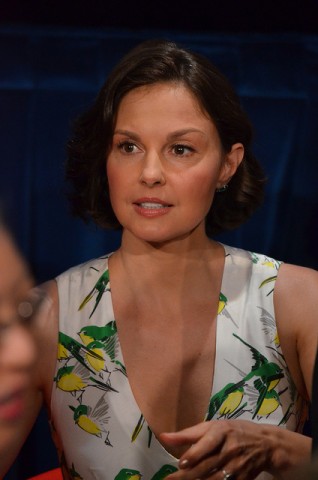 Many women in Hollywood have bravely been coming forward about their experiences of sexism in the entertainment industry. The sexism isn’t new, but the coming forward is, and this time it’s Ashley Judd who’s finally coming forward after almost twenty years to talk about an instance of sexual harassment at the hands of the head of a major studio.

In an exclusive interview with Variety, while declining to name the perpetrator or the studio for which he works, tells the story of an experience she had while filming the late-1990s Paramount film Kiss the Girls. The head of a rival studio at the time invited her to the hotel where he was staying to have a chat. It wasn’t until she got there that she realized she was meeting him in his room. The incident progressed from friendly to inappropriate real fast. Here’s how Judd tells it:

He was very stealth and expert about it. He groomed me, which is a technical term – Oh, come meet at the hotel for something to eat. Fine, I show up. Oh, he’s actually in his room. I’m like, Are you kidding me? I just worked all night. I’m just going to order cereal. It went on in these stages. It was so disgusting. He physically lured me by saying, “Oh, help me pick out what I’m going to wear.” There was a lot that happened between the point of entry and the bargaining. There was this whole process of bargaining—“Come do this, come do this, come do this.” And I would say, “No, no, no.” I have a feeling if this is online and people have the opportunity to post comments, a lot of the people will say, “Why didn’t you leave the room?”, which is victim-blaming. When I kept saying no to everything, there was a huge asymmetry of power and control in that room.

This will be familiar to all the women to whom this has happened. I have a feeling we are a legion. I was with a bunch of other actors, and it was critical that it was actors: The exact same thing had happened to them by the exact same mogul. Only when we were sitting around talking about it did we realize our experiences were identical.

She also talks about the all-too-familiar feeling at the time of wishing she’d “known better,” especially as an educated woman:

[H]ere I was, a declared feminist. I had completed a minor in what was then called women’s studies, which we now call gender studies. And yet I did not recognize at the time what was happening to me. It took years before I could evaluate that incident and realize that there was something incredibly wrong and illegal about it. And I think that’s what’s happening in Hollywood with regard to female crew members, above-the-line and below-the-line talent, and pay disparity. We’re individually and collectively coming to a realization and acceptance that this is an entrenched part of the reality, and I think that talking about it is essential to the process of becoming aware, accepting that this is reality and then ultimately taking action.

In my example, there was no casting involved. This was just twirling the lasso. I think it’s very important to note that I considered myself empowered.

Of course, there’s a reason why this kind of behavior is called predatory. People who perpetrate this kind of harassment have lots of experience and have gotten very good at it. They are manipulative. So, no matter how careful a person is, it’s always possible that something like this can happen.

While I understand her not wanting to name names, I wish that we knew who this person was and what studio he worked for so that people would know to steer clear of him. Still, Judd mentions that great lengths have been taken to protect this guy’s reputation:

[T]here was a really big feature that was done on this person in a national magazine, and there were all these allegations that they controlled the interview and had people listening in. And I thought, “If someone had come and talked to me, I don’t care. I will absolutely share that experience.” Part of the strategy that keeps girls and women constrained in their professional experiences is retaliation and ridicule.

Perhaps that story can still be written. Anyone? Bueller?

For the full story of her experience, check out the Variety piece.