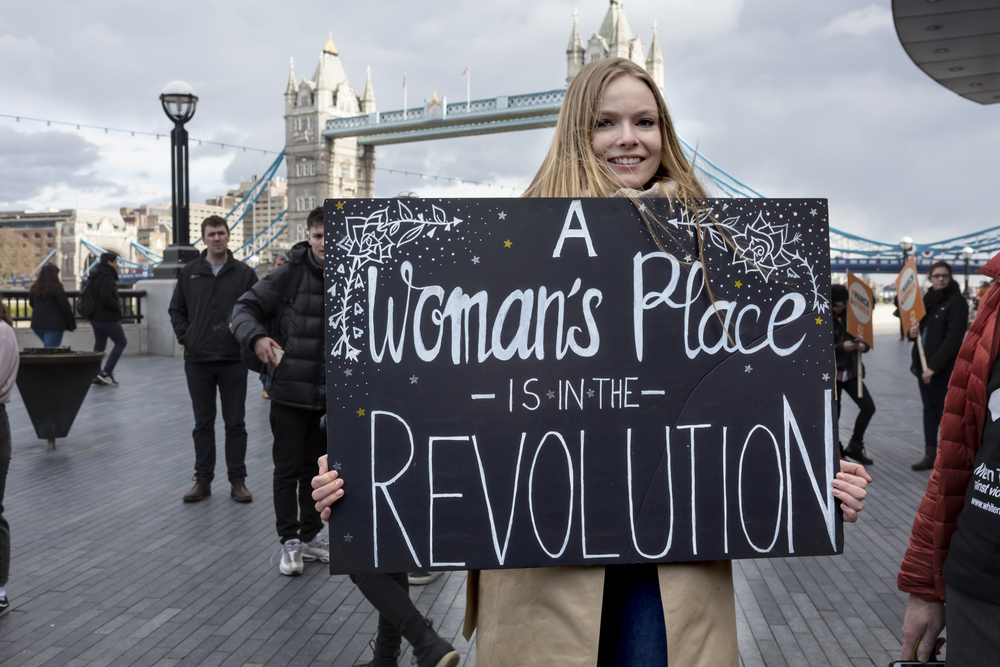 Yesterday’s election results were a warning to a lot of politicians (Republicans and Trump acolytes), but they sent a very clear message to one person in particular about doubling down on sexist politics: don’t. A New Jersey politician who shared a sexist comment about the Women’s March on Facebook was unseated by a woman who didn’t think his backwards garbage was funny, according to the Associated Press.

In January, Republican John Carman, Atlantic County Freeholder, shared a meme on Facebook that asked if the Women’s March would be “over in time for them to cook dinner.” Since then, Carman has said that he regrets the joke (though probably only because it hurt his political image, and probably not nearly as much as he does now), and that the women in his life were “strong and confident” enough that it didn’t bother them. (It might be better to aim for having a personality that women don’t have to be “strong” enough to put up with.)

It sure bothered Ashley Bennett, though, a first-time Democrat candidate—and psychiatric emergency screener in the crisis department at Cape Regional Hospital—who campaigned to unseat Carman in this year’s elections after the outcry against his “joke.” That outcry included “scores of women” protesting, “one bearing a box of mac and cheese and instructions for Carman to cook his own dinner,” as reported by Philly’s Inquirer. Carman has also run into trouble for wearing a patch depicting New Jersey with the southern half covered in a Confederate flag.

Bennet said of her victory, “People want change. I am beyond speechless and incredibly grateful to serve my community. I never imaged I would run for office.” Let this be a lesson: no more “just a joke” excuses. Sexist attitudes held and/or expressed by those in positions of power are not acceptable, and women are fighting back.