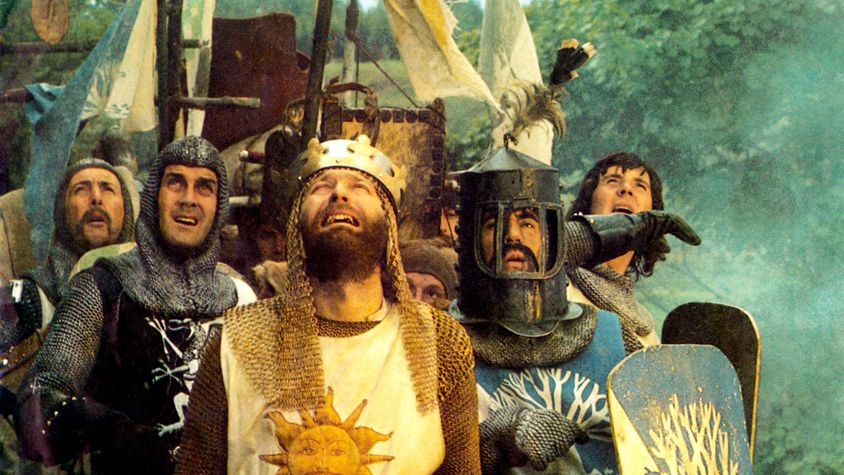 This post originally appeared on The Portalist. It has been republished here with permission.

This summer, three different major movies at least loosely inspired by the story of Arthur and his knights will be released: In May, there was the Guy Ritchie film King Arthur: Legend of the Sword, starring Charlie Hunnam as a reluctant king. This weekend, you can see Paramount’s unlikely Michael Bay take on Camelot, Transformers: The Last Knight; and in August, we’re getting a film adaptation of Stephen King’s Dark Tower saga, in which the protagonist’s backstory is inspired in part by Arthurian mythos. 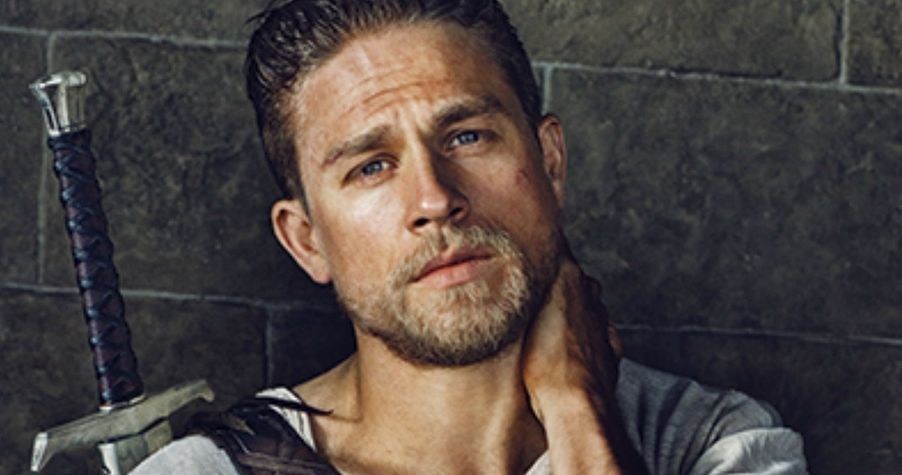 In anticipation of that motley assortment of films, let’s rank nine other movie adaptations of the classic story of love, betrayal, and round tables. This list is ordered from worst to best based solely off my own opinions, so it’s very likely you will disagree. If you think I’m wrong, let me know in the comments!

The following list is also not comprehensive; there are so many movies based on Arthur/Camelot out there, it would be a fool’s crusade to try and mention them all. Made-for-TV movies in particular are not included on this list. Not even the Whoopi classic A Knight in Camelot. 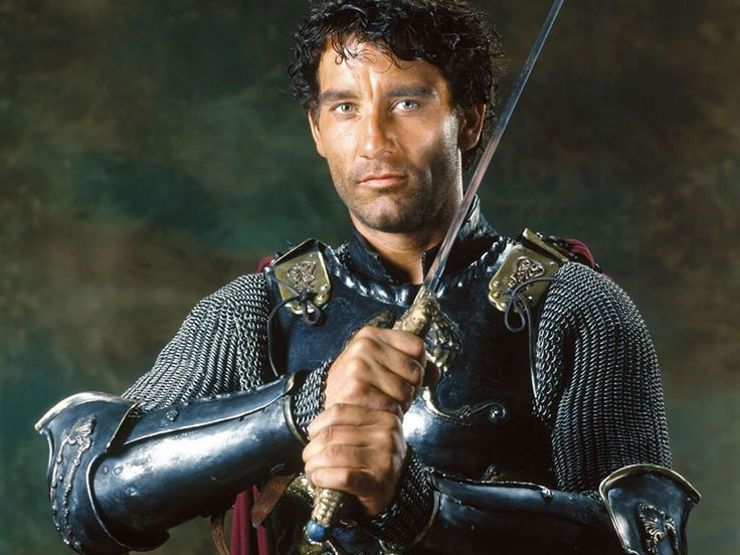 This joyless 2004 film was billed as the real-life story behind the legend, and, according to the opening credits, was inspired by ‘recently discovered archaeological evidence.’ It featured Clive Owen as Roman officer Arthur and Keira Knightley as a Woad version of Guinevere, a pagan warrior who paints herself blue for battle (the increased agency Guinevere had in this adaptation was somewhat undercut by the studio’s decision to obviously photoshop Knightley’s bust in promotional images).

Personally, I thought this was a joyless, bland take on the legend, but to each their own—maybe the scene where Arthur romantically snaps Guinevere’s disjointed fingers into their sockets will appeal to you! 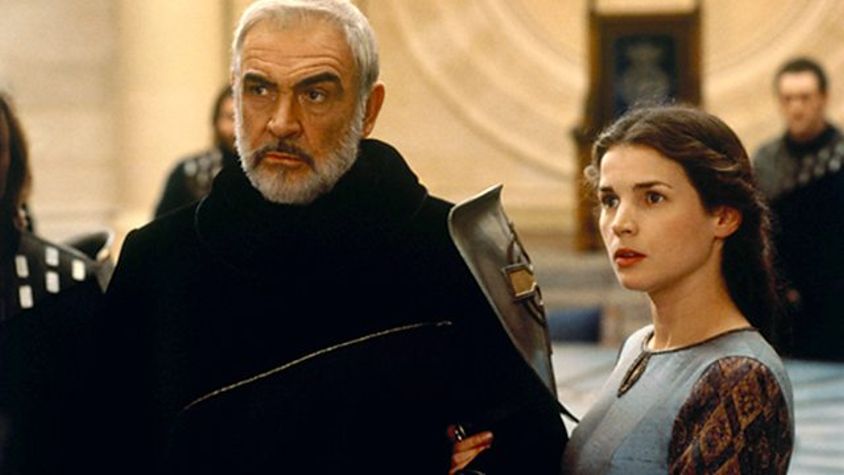 I know there are arguments for separating the artist from their art, but I dislike Sean Connery so much as a human that I struggled to accept him as King Arthur in First Knight. (I just can’t suspend my disbelief enough to see Mr. “I-don’t-think -there-is-anything-particularly-wrong-about-hitting-a-woman” as Camelot’s noble leader). The movie does have two redeeming qualities: an epic score and a jaw-dropping scene where Richard Gere as Lancelot skillfully navigates a deadly medieval obstacle course. 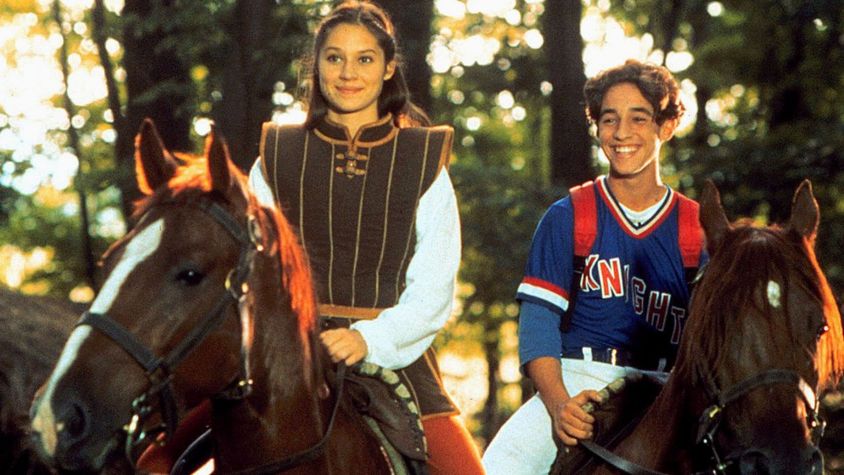 Still from A Kid in King Arthur’s Court. (image: Disney)

Disney’s adaptation of Mark Twain’s A Connecticut Yankee in King Arthur’s Court might not appeal to today’s youth, but if you were a fantasy-inclined kid in the ’90s, there’s a chance this was one of your faves. The story stars Thomas Ian Nicholas (better known as Kevin Myers in American Pie) as Calvin Fuller, an L.A. kid sucked into Camelot after an earthquake interrupts his baseball game. Adults might find this movie unbearable, but A Kid in King Arthur’s Court features some actors who went on to great things—most notably a very young Kate Winslet and Daniel Craig. 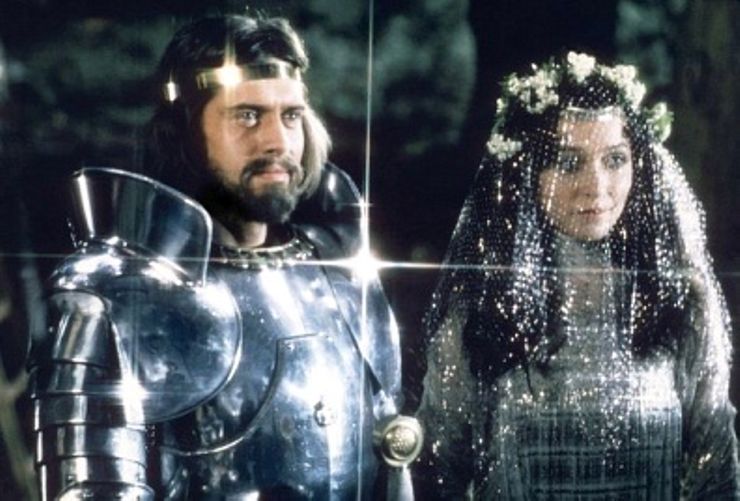 This 1981 adaptation has a killer cast. Notable Excalibur cast members include Helen Mirren as Morgana Le Fay, Patrick Stewart as Leodegrance, and Liam Neeson — in his first-ever movie role — as Gawain. Excalibur‘s director John Boorman is arguably better known for the infamously awful movie Zardoz, and Excalibur has some of the same surreality that makes the former film so unbelievably bad. However, its lush costumes and the movie’s gorgeous setting (it was shot entirely in Ireland) make up for some of its more questionable moments. Released in 1981, Excalibur was one of the first in a rash of great dark fantasy ’80s films that are still cult hits today. 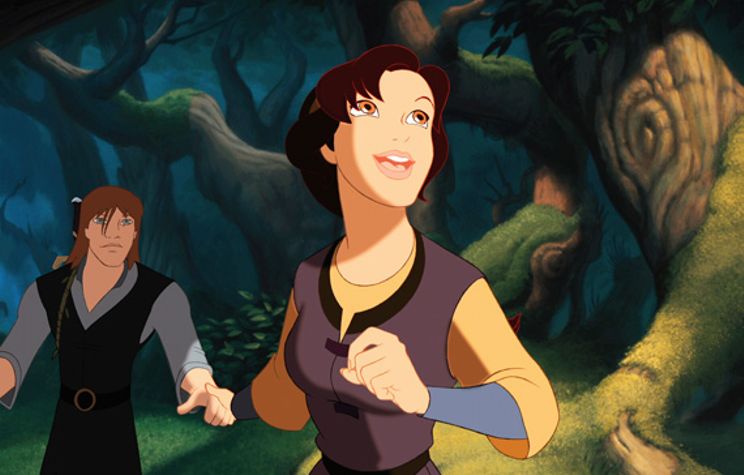 When I was younger I adored this animated movie musical about Kaylee, the daughter of a Knight of the Round Table. When Kaylee’s father is killed defending King Arthur from an assassination attempt, she vows to follows in his footsteps and one day become a knight herself—and after Excalibur is stolen, Kaylee has a chance to prove she deserves a place at the legendary circular table.

I loved Kaylee’s two-headed dragon companion; her relationship with the handsome hermit Garrett (voiced by Princess Bride‘s Cary Elwes); and the genuinely scary half-man, half-machine villain Ruber, voiced by Gary Oldman. In the wake of The Lion King, Quest for Camelot was Warner Bros.’ attempt to emulate some of Disney’s success with animated features. The movie was panned by critics, but I’m nostalgic for it nonetheless. 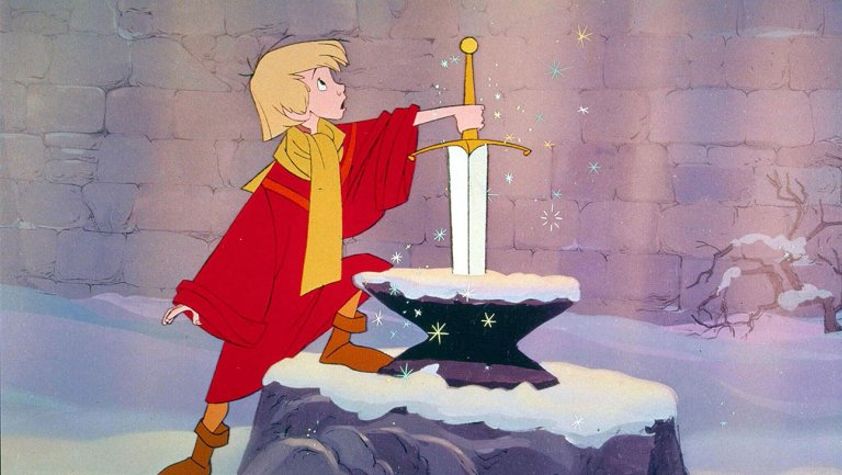 Still from The Sword in the Stone (image: Disney)

The last animated Disney movie released while Walt Disney himself was alive, The Sword in the Stone is a delightful adaptation of T.H. White’s novel of the same name. The musical centers on 12-year-old orphan Wart, a bullied boy who unexpectedly finds himself tutored by a delightfully eccentric Merlin. The Sword in the Stone manages to be both whimsical and slightly dark—if Madam Mim didn’t scare you when you were a kid, then you were braver than me. Disney is planning a live-action Sword in the Stone movie written by Game of Thrones’ Bryan Cogman, so start your fancasting now. 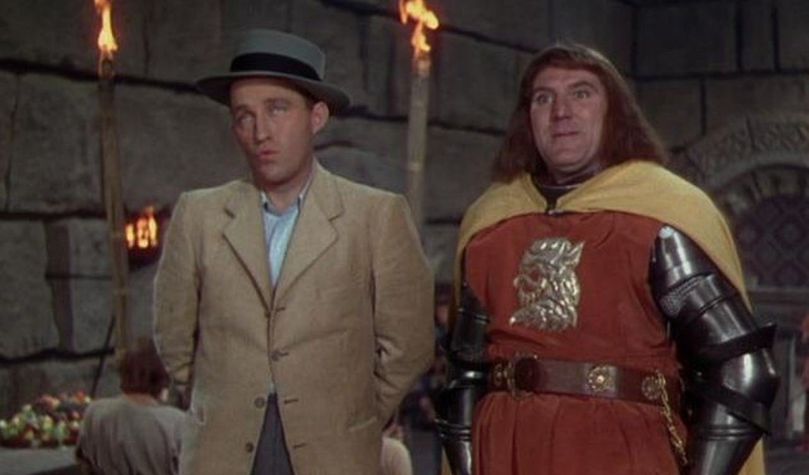 Loosely based on Mark Twain’s novel of the same name, this 1949 musical stars Bing Crosby as Hank, a 1912 mechanic who bumps his noggin and wakes up to find himself in—you guessed it—King Arthur’s court. Hank soon recovers sufficiently from his shock to fall for the lovely lady Alisande la Carteloise. Unfortunately, Alisande’s uncle, Sir Lancelot, disapproves of the union. Featuring a perpetually sniffling, hilariously daffy King Arthur and a conniving Merlin, A Connecticut Yankee in King Arthur’s Court has retained much of its charm in the decades since it was released. 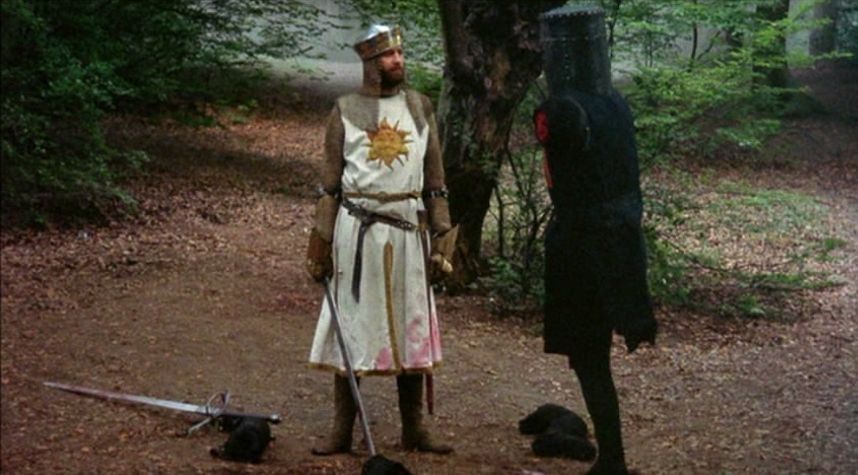 More than 40 years since this satirical take on Arthur’s quest for the Holy Grail came out, Monty Python and the Holy Grail remains a cultural rite of passage.

The comedy’s enduring popularity is testament not just to the skill of Monty Python, but to the currency that Arthurian legend still has in our culture. The movie also spawned an incredible musical semi-adaptation called Spamalot, which won multiple awards, including the Tony Award for Best Musical. 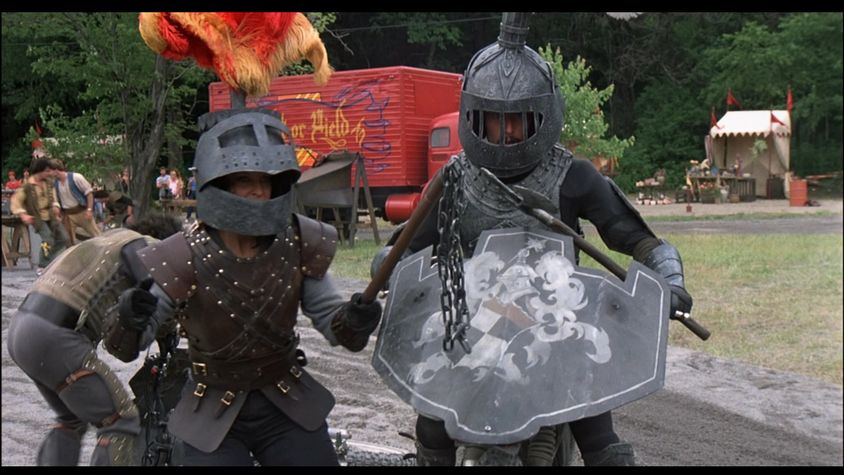 Some might say Knightriders doesn’t belong on this list. To them I say, Camelot is a state of mind! This George A. Romero film follows a group of jousting motorcyclists led by Billy (Ed Harris). Billy tries to rule the riders with Arthurian ideals, but financial pressures, relationship woes, and a coup led by his rival Morgan threaten the anachronistic kingdom Billy has created. Goofy, poignant, and featuring Stephen King’s greatest performance ever, Knight Riders is a classic. 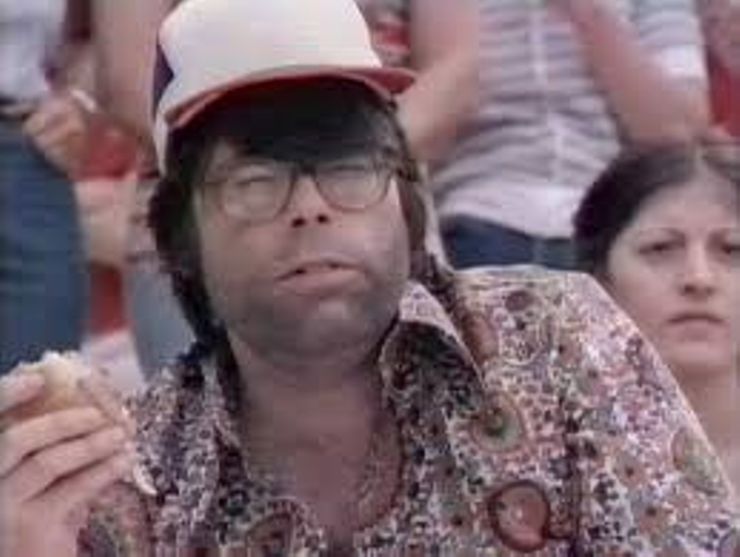