Arrow Cast and Crew Say Goodbye to the Show 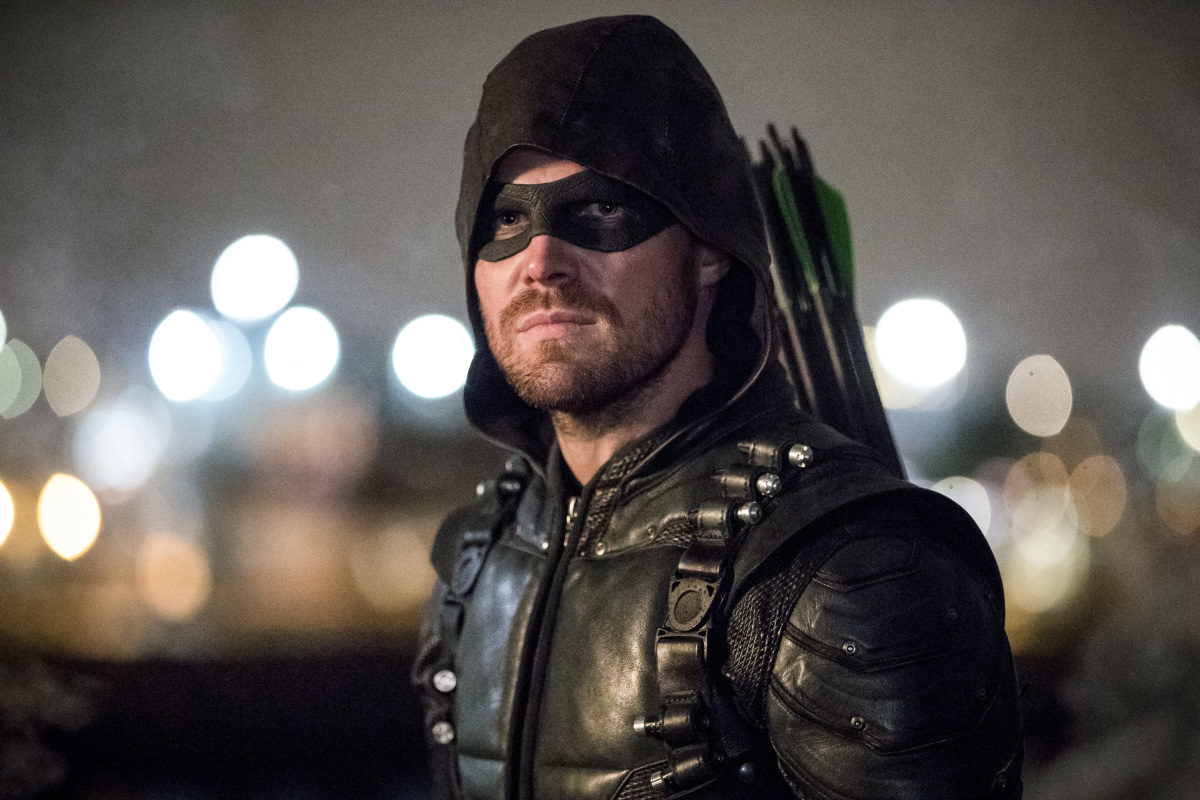 We’re a few hours out from the series finale of the show that literally launched a hundred television heroes: Arrow. The final episode, titled “Fadeout,” airs tonight on The CW after a special one-hour retrospective on the series. Ahead of that, the cast and crew of the show are sharing their memories and goodbyes, and we’re already getting misty-eyed.

Oliver Queen himself, Stephen Amell, kicked off the goodbyes.

Today’s bittersweet. Arrow meant so much to me for so many years. It was a transformative journey… but it was time to let it go. I lace my boots and don the hood one last time tonight. I’ll forever cherish being an ambassador for Oliver Queen. Thank you for the honor. pic.twitter.com/pTxgtCWyqu

Amell’s co-stars were also ready to say goodbye, but not without some tears and tributes.

The man. The myth. The legend. The hero. The legacy. The joy. The loss. The failures. The victories. The love. The heart. 💚Thank you @cw_arrow. Thank you @stephenamell. Thank you Oliver Queen for letting me be a part of your story. Tonight’s the night. #ARROWFinale #TheFinalBow pic.twitter.com/PLGZjwxqfi

Bittersweet 💚 As our last episode of Arrow airs tonight, I want to thank each and every one of you that has followed us along on this journey. It’s crazy to think how far we’ve all come in 8 years. Love you guys all SO MUCH!!! #ARROW pic.twitter.com/aUEIaCHtb5

“Now this is not the end. It is not even the beginning of the end. But it is, perhaps, the end of the beginning”.
-Winston Churchill

If there’s one person that deserves a shit ton of credit for getting a show through eight seasons of production, it’s @stephenamell
Well done that man.
Bit of a legend really.#Arrow #ArrowSeriesFinale pic.twitter.com/bSQBVcJFIU

What a ride it has been. Much of it thanks to this guy. Congratulations everyone at #arrow . It all ends tonight. It’s been a blast being part of the #arrowverse . Onwards! @cw_arrow @arrowwriters

Also saying goodbye was the crew of the show, which wrapped production last year in November. Producer, stunt genius and director James Bamford was one such member of the behind-the-scenes army that made the show possible.

And THANK YOU to @GBerlanti from ALL OF US in the #ARROWVERSE for believing in us, and our creative souls to do what we do along side you in your ever expanding world of amazing television. ♥️ THANK YOU for inspiring countless imaginations.

Tributes also came from the writers on the show, past and present. Many of whom got their start in Star City. From new writers we know we’ll be hearing more from—like Maya Houston…

the final episode of #Arrow airs tonight. these people are my family and I can’t wait to see what comes next for every single one of them. thank you for letting me be a part of the ride for the past two years. that’s all I can say without crying for now.

….to showurnners of other shows, like Keto Shimizu of Legends of Tomorrow.

Wearing my #Arrow season 2 hoodie and Lian Yu Vigilante Training Camp tank in honor of the show’s series finale tonight! Will always be so proud that I got to partake in this monumental show. Congrats to the writers, cast, and crew!! pic.twitter.com/w0pIJTYFEr

And current Arrow showrunner (and we hope future showrunner of Green Arrow and the Canaries) Beth Schwartz:

On the last day of #Arrow and as we are gearing up for another staffing season I’d like to acknowledge all the struggling support staff who feel like everyone else is getting staffed but them. Season 1 of Arrow I was the Writers’ Assistant and…

But that season I wrote 5 episodes and was able to prove myself as invaluable to the show. Something I encourage all struggling assistants to do. Work hard, prove yourself over and over again and try your hardest not to give up. I promise it will happen.

Tonight, #Arrow ends after 8 years. Here’s a look at the storyboards for its opening moments… pic.twitter.com/b3JlcPMVje

By all reports, the final hour will be jammed with familiar faces and lots of tears. Are you ready for the final bow?