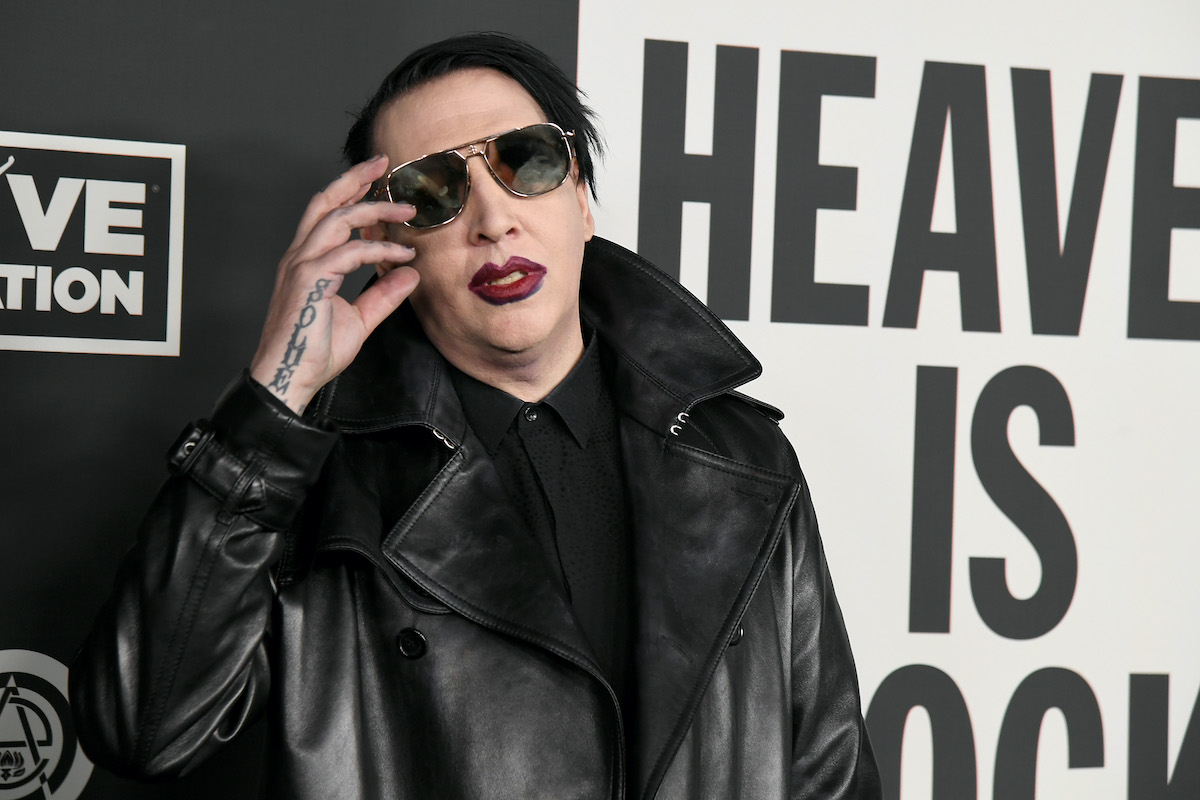 An arrest warrant has been issued for Brian Warner, better known by his stage name Marilyn Manson. Unfortunately, the warrant isn’t related to the many allegations of sexual abuse that have been made by Warner’s ex-girlfriends and other women but it’s certainly better than nothing.

This warrant has been issued for two counts of “class A misdemeanor simple assault” from a New Hampshire concert in 2019. A videographer from the show alleges Warner spit and hurled his snot at her while she was filming his set, accusations that have been backed up by multiple concert attendees and security guards.

“He was spitting everywhere and one time it got on her camera so she wiped it off and looked semi-irritated. He noticed this and kept purposely spitting on her camera,” one attendee told PEOPLE. “I think her final straw is he got on the floor, got within 2-3 feet of her and hacked a giant snot rocket at her not the camera. She was pissed off and disgusted so she stormed off and he just laughed.”

A security guard from the show reportedly posted about the incident on Facebook: “I was right there when it happened, she was beyond furious when he did that to her. He spit on her a couple of times and then leaned real close to the camera and blew a huge snot rocket on her. After he did that, she almost threw her camera right down on the ground.”

From the sound of it, the warrant isn’t new. The Gilford Police Department posted about the warrant on their Facebook page—presumably because media outlets were asking about it—saying, “Mr. Warner, his agent and legal counsel have been aware of the warrant for some time and no effort has been made by him to return to New Hampshire to answer the pending charges.”

Warner’s attorney offered a smug statement in defense of the spitting:

“It is no secret to anyone who has attended a Marilyn Manson concert that he likes to be provocative on stage, especially in front of a camera,” King said in a statement to PEOPLE. “This misdemeanor claim was pursued after we received a demand from a venue videographer for more than $35,000 after a small amount of spit came into contact with their arm. After we asked for evidence of any alleged damages, we never received a reply.”

The charges Warner faces in New Hampshire carry a sentence of up to one year in prison and a $2,000 fine.

Earlier this year, actress Evan Rachel Wood and four other women accused Warner of physically, sexually, and emotionally abusing them. Since then, at least 10 other women have come forward with their own allegations of abuse. Most of them describe a similar pattern of alleged grooming, extreme manipulation, and physical and sexual abuse.

Back in February, the Los Angeles County Sheriff Department announced it was launching an investigation into allegations of incidents of domestic violence that occurred between 2009 and 2011, when Warner lived in West Hollywood.

In April, Esmé Bianco (best known for playing Ros on Game of Thrones) sued Warner (and his manager Tony Ciulla), accusing him of violating sexual assault and battery laws, as well as human trafficking.

Just last week, Warner’s former assistant Ashley Walters sued Manson for sexual assault, battery, and harassment. According to The Cut, “Her complaint, filed on Tuesday in the Superior Court of Los Angeles County, includes allegations that Manson was a terrifying boss who had violent outbursts, made Walters work for 48 hours straight, and told his friends they could kiss and grope her.”

Wood and others have also been actively advocating for legislation to help survivors, including asking Congress to expand the Sexual Assault Survivors’ Bill of Rights Act to all 50 states, which would overhaul the process of reporting assault and lessen the burden traditionally placed on survivors. And in California, the Phoenix Act was signed into law, introducing exceptions to increase the statute of limitations for reporting sexual assault.