How does this protect anyone? 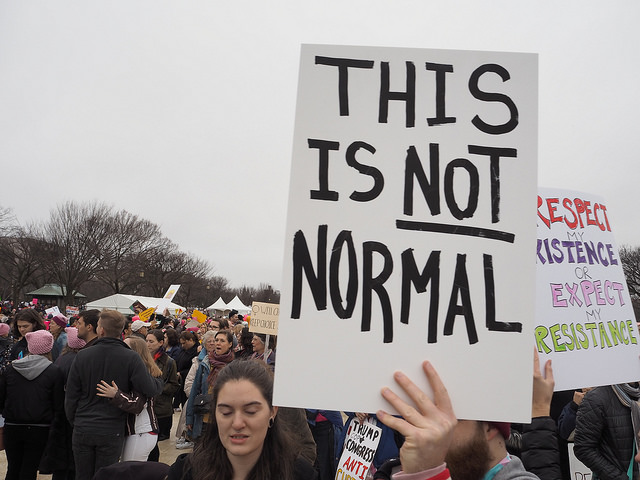 Under Trump’s aggressive immigration strategy of rounding up and deporting any and all immigrants possible, under any circumstances, we’ve heard some pretty harrowing stories of deportation raids. People have been separated from their families, from their children, deported after routine check-ins with ICE, or from places that guarantee vulnerability, like, for instance, a hospital while waiting to undergo emergency brain surgery.

The Trump administration has been steadfast in claiming they’re mainly targeting undocumented immigrants with criminal records, but the reality is that immigrants in the U.S. are being forced to live in fear. And the hovering cloud of the possibility arrest has now driven four women in Denver alone to drop domestic abuses cases for fear of being seized at the courthouse.

That fear isn’t unfounded, either. A video surfaced last month of ICE agents waiting to make an arrest at a Denver courthouse. That’s not illegal, but it’s very, very dangerous. A local attorney names Hans Meyer, whose intern shot that video, explained to Denverite,

And now four women (that we know of, in Denver alone) have dropped their cases of “violent and physical assault” as city attorney Kristin Bronson described them, rather than risk being arrested at court. Bronson told NPR, “Without victims willing to testify we’ve had to dismiss those charges and the violent offenders have seen no consequences for their violent acts.” She also clarified that no one is trying to protect perpetrators of violent crimes, as Trump alleges. She points out, “ICE could just as easily work through the local jail here in Denver to apprehend these individuals and avoid frightening people in our community.”

In El Paso last month, a woman was arrested at a courthouse just after she was granted a protective order for domestic abuse. The County Attorney there said she believed the tip came from the woman’s boyfriend and alleged abuser, who had also already been detained by ICE.

To make women choose between suffering violence and being deported is simply inhumane. It also sounds like a huge blow to the fundamental workings of our legal system. Trump’s working hard to make sure those checks and balances topple quickly, isn’t he?