What is wrong with men though? 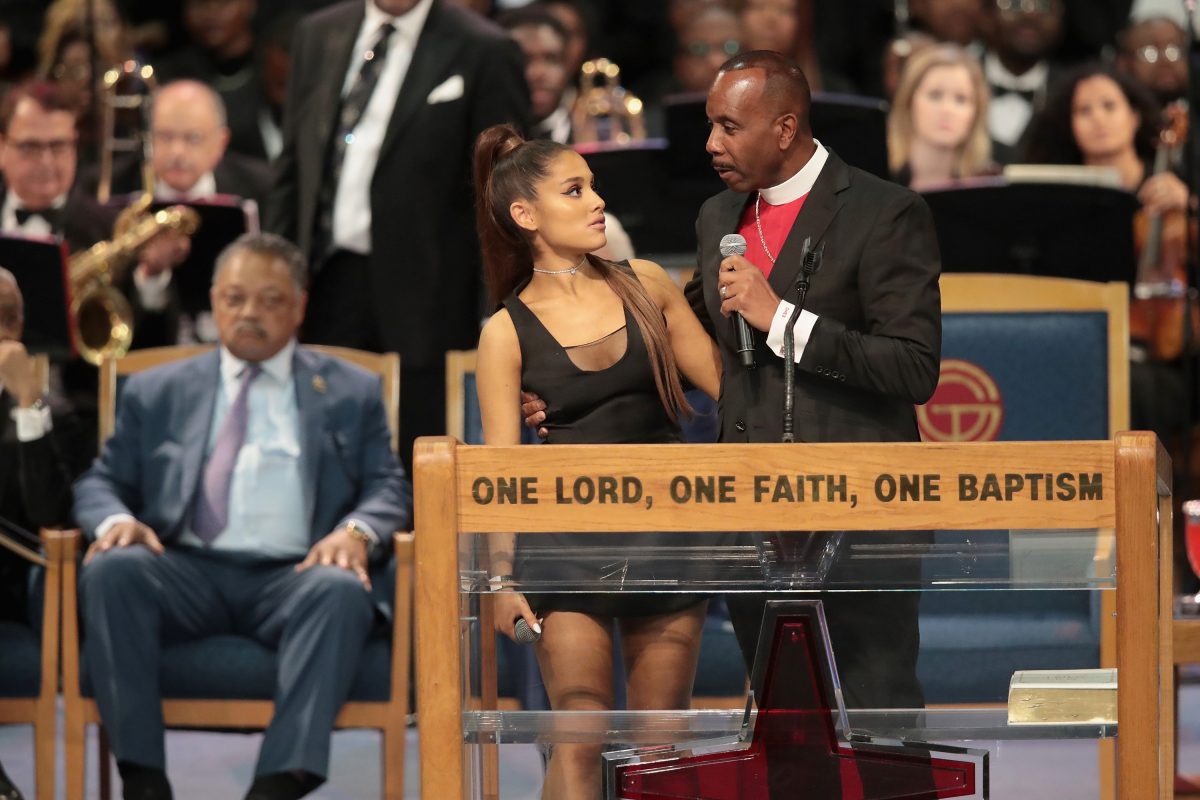 The latest installment of “what is wrong with men?” took place just yesterday, at the star-studded funeral of music icon Aretha Franklin. The ceremony was overseen by Bishop Charles H. Ellis III, who introduced a roster of performers who came to pay tribute to the Queen of Soul, like Stevie Wonder, Chaka Khan, and Gladys Knight. Also performing at the service was Ariana Grande, whom the bishop introduced with a corny joke saying, “When I saw Ariana Grande on the program, I thought that was a new something at Taco Bell.”

But what caught most people’s eye was the way the bishop was touching Grande, in a groping, predatory half hug that clearly grazed her breast. You can tell by the look on Grande’s face that it’s clearly an uncomfortable and unwanted moment. Viewers watching the broadcast couldn’t help but notice the gross moment and quickly took to social media to call out the bishop and defend the singer, with #RespectAriana soon trending.

What was up with that pastors hand? pic.twitter.com/M8Ypgm7fQB

I think every woman can look at Ariana Grande's face and body language and viscerally feel what she's feeling. The tension. The nervous laughter. Not wanting to make a scene or make him angry. Every woman knows this feeling.

But google her and everyone's talking about her dress. https://t.co/VYikD43RnM

Ariana Grande is one of the most talented singers alive in addition to being a fierce advocate for women. Stop trivializing her because she’s tiny / cute, and show some damn respect. 😘

This picture makes me SO ANGRY. So many of us know exactly what this feels like. She probably won’t see this but love to @ArianaGrande. As we already know, being famous is no protection against men who feel entitled to put their hands on a woman’s body without permission. pic.twitter.com/xCJ4ayZafD

And coming in with the grossest of takes is Luke Cage himself. Mike Colter tweeted a gross response, and then quickly deleted it because fans promptly dragged him. 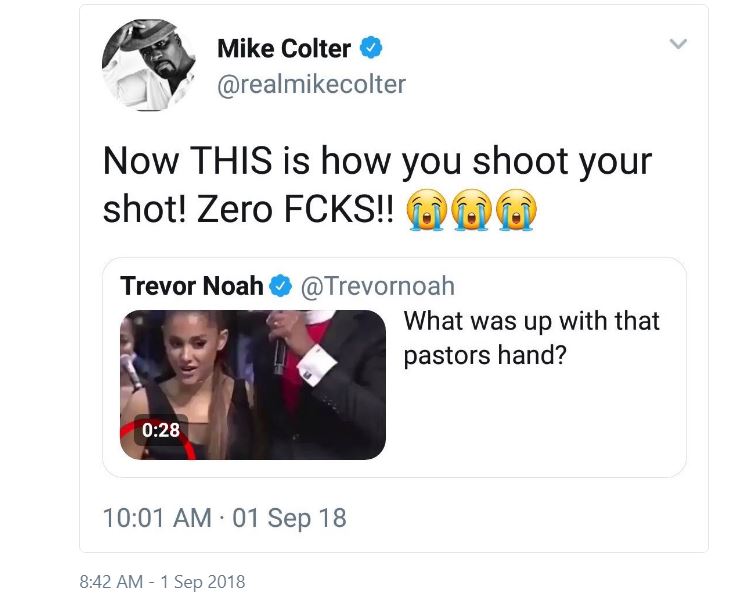 The Bishop issued an apology statement in response to the growing outcry, saying “It would never be my intention to touch any woman’s breast. … I don’t know I guess I put my arm around her,” Ellis said. “Maybe I crossed the border, maybe I was too friendly or familiar but again, I apologize.” He continued, “I hug all the female artists and the male artists, everybody that was up, I shook their hands and hugged them. That’s what we are all about in the church. We are all about love.”

Ariana Grande has yet to comment, but her face in that photo speaks a thousand words.