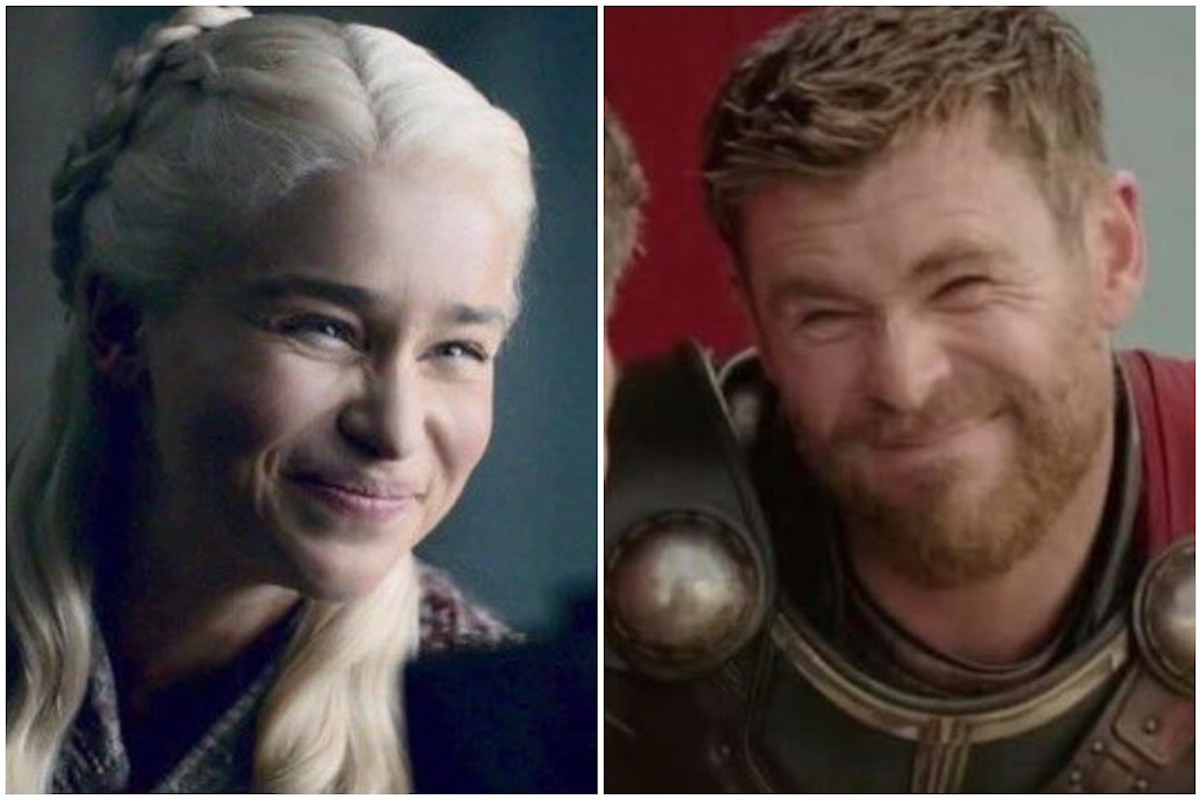 A strange and ugly discourse has reared its head on social media the last few times that fandom mothership and Hugo Award-winning website Archive of Our Own conducted successful fundraising drives. This, and the half-baked arguments around AO3’s content policies, should cease and desist.

The fundraising drives, which rely on optional user donations (for which there are rewards like stickers, pins, water bottles, and tote bags at various levels), are necessary to meet the significant costs of keeping the not-for-profit, volunteer-run behemoth going. Yet a few vocal fandom denizens seem to think AO3 is engaged in some kind of cash grab. They skip over the straightforward budget information the site provides for those who care to look.

At heart, however, these attacks are more the manifestation of a fannish culture war than anything else. It’s become a sort of purity culture staple to call out Archive of Our Own, because we cannot apparently enjoy nice things.

The gripes against AO3’s fundraising are nigh-on incomprehensible for those of us who came of age in a time of fandom uncertainty—when small archives routinely shuttered because of lack of maintenance or a threatening letter from an author or studio. When fanfiction repositories like fanfiction.net would decide to purge the entirety of “NC-17”-rated stories, just because. When LiveJournal would cancel whole swathes of personal journals and communities overnight. (Our foremothers and fathers in fandom, already of age in this era, were the ones who built AO3 from the ground up to ensure a secure space of, well, our own.)

*extreme old crone voice* many people don’t remember what fanfic was like before ao3. It was this ad hoc series of blogs and webpages and message boards. Once in 2002 or 2003 a bunch of fic just vanished permanently from the internet because Sex Is Bad.

beyond that it’s a HEAVY traffic site which requires strong servers that don’t come cheap- that’s the majority of their budget. website upkeep so y’all can keep reading and posting fic. anyway do Not come for ao3 ever

The folks up in arms about AO3’s fundraising have surely never experienced how fanmade content can be rendered inaccessible or legally challenged in the blink of an eye. They’ve enjoyed, and benefited immeasurably, from the hard-won golden age of AO3. And it appears that they haven’t considered the costs of maintaining not just the massive infrastructure that makes AO3 tick but the attendant budgeting for its parent organization, The Organization for Transformative Works, which actively fights for the legality of fan-created works. In addition, the OTW helps rescue at-risk smaller archives and maintains the wiki Fanlore.org, which documents fandom history and culture, amongst other worthy projects.

To clarify, the fund drive is for the OTW, not just AO3!

The OTW is the non-profit that funds and runs AO3, among other projects including:
– an academic journal
– a legal advocacy group
– a haven for at-risk archives
– a fan culture blog

really hating this new trend of having to defend ao3 during every fundraising drive. it’s only been a Thing the last 2/3 years. like wtf do you think this shit costs no money to run? pls be quiet and eat ur damn free food and the rest of us will donate

For those truly interested in budgetary breakdowns, AO3 keeps a detailed yearly report, but the bad-mouthing bunch who go after the site often haven’t bothered to Google first; they’re looking for reasons to be reactionary. They’re not sitting down to actually argue about server costs. This goes deeper.

Because another element arises whenever AO3 is in the spotlight, and it also appears to be at least partially a generational divide. Some fans argue that AO3 should be actively moderating more of the content posted on-site, even though it has exclusionary tag systems so that you can, personally, tailor and be responsible for your own AO3 experience.

Don’t like a pairing or tag situation? Hide it and you never have to worry about seeing it! In addition, AO3 does have a Policy & Abuse team that deals with issues like plagiarism, harassment, and violations of its content policies; it’s not the Wild West out there, despite what this new breed of moral panic-mongers would have you believe.

Everytime I see a post about how ao3 should close / censor makes me so upset.

No. AO3 will stay because people like me care more about having a safe place for fandom than any fuckass can care about dismantling it.
It has tags so you don’t have to see stuff you dislike.

There’s a persistent, and, for me, exceedingly strange swerve these days towards demanding The Powers That Be censor and remove fanworks that some users deem problematic, often with a pearl-clutching sentiment attached that the youth are being corrupted from exposure to unsavory themes, or the mere possibility of exposure.

These sentiments always remind me of the people who used to assert in the 18th and 19th centuries that the act of novel-reading would corrupt a young woman’s mind, and that (especially) women couldn’t be trusted with so dangerous an activity as reading or choosing their own reading material.

It’s head-scratching to see young people argue for tight sanctioning of content, while also often attacking the older generation that built and help maintain the archive as a universal resource. There can be disconcerting ageism involved in much of the discourse—disdain for “fandom moms” who built this city and keep it running.

I don’t say this lightly but fuck them kids pic.twitter.com/fUZKW0VQaN

So many people seem to be forgetting that AO3 was created in response to Strikethrough—a LJ mass deletion of “bad” fandom and rape survivor blogs… caused by a right-wing Christian group who wanted to destroy fandom.

AO3 exists because of “controversial” writers.

Raised in an environment with a near-total freedom and accessibility of information, these users, who tend to skew younger, can be seen pushing the idea that we have to be saved by censors from treacherous content online. Else we risk being damaged irreparably by its existence on the same site as the G-rated, family-friendly fanfictions, podfics, and art they are no doubt creating and consuming without deviation. All of this while at the same time decrying that the Archive raises money to keep itself going. It’s like watching modern-day Anthony Comstocks blossom on Twitter in realtime.

These fans have likely not considered the myriad complexities behind content moderation, especially content moderation of fictional, fan-created, primarily text-based works. Just who gets to arbitrate what is acceptable in fiction, and what is not? This is to say nothing of cultural differences and the broad range of languages available on AO3. Moderating fiction for morality is the stuff of dystopian science fiction novels and vice squads, not volunteers in the service of fanworks.

It’s an incredibly slippery slope that the wise creators of AO3 decided not to slide down. In their Terms of Service’s “Offensive Content Policy,” they write: “Unless it violates some other policy, we will not remove Content for offensiveness, no matter how awful, repugnant, or badly spelled we may personally find that Content to be.”

The Archive already has in place an “archive warnings” entry field to warn for topics like non-consensual content that can be easily avoided, again, via its tagging preference system, or by dint of the warning itself, which is prominently displayed on the fanwork. And when you agree to use AO3, you agree that “the OTW is not liable to you for any Content to which you are exposed on or because of the Service.” Simply put, while AO3 will handle direct violations of its terms of service, it is not responsible for the Archive’s content or your own experience encountering it. You are utilizing a free service.

hey, PSA!! if u talk shit about ao3’s fundraising drives, u have my wholehearted invitation as a creator to stop consuming the content that’s hosted on their website!! y’all have no idea how much money it takes to run a site the size of ao3. (spoiler: $200k is not a lot.) 🧹 💨

I’ve yet to see the anti-AO3 brigaders organize to create an archive all their own that is pure of mind, content, and need for funds, where there will be no difficulty distinguishing and moderating what is acceptable in fiction. I invite them to try, and wish them the best of luck. In the meantime, let the rest of us enjoy one of the few bright spots in a world otherwise engulfed in non-fictional awfulness.