Who's up for a field trip? 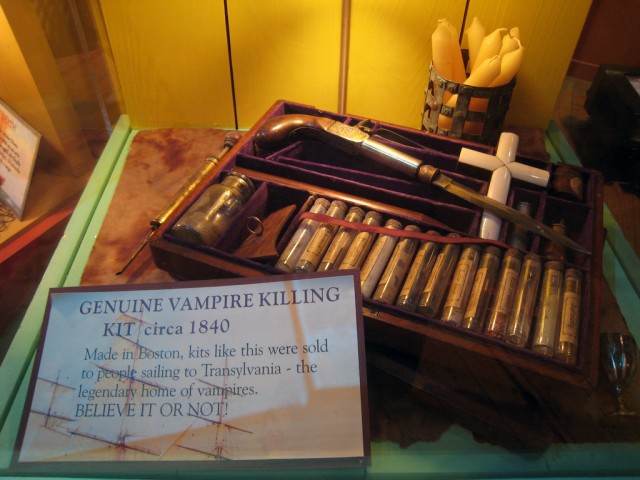 It’s monster season! But how do archaeologists on a restoration effort at a creepy abandoned castle get involved in the Halloween fun—aside from the fact that their work location is basically a Scooby Doo set? Why, they uncover the dungeon that likely held the man who was part of the inspiration for Dracula, of course!

Archaeologists are in the process of restoring the Tokat Castle in Turkey, where it is believed history’s Vlad the Impaler—whose patronymic name Vlad Drăculea was the inspiration for Count Dracula in Bram Stoker’s book—was held when he was imprisoned by the Ottomans. Underneath the castle, they have now found two! Two new dungeons (ah ah ah) that were “built like a prison,” and Vlad would’ve been stuck in one of them during his time there.

Archaeologist İbrahim Çetin told Turkey-based Hurriyet Daily News, “The castle is completely surrounded by secret tunnels. It is very mysterious. It is hard to estimate in which room Dracula was kept, but he was around here.” So yeah. Just a bunch of underground dungeon tunnels believed to have held a warlord so brutal that we have a monster based on him. Everyday archaeology. Carry on.

They’re still continuing the restoration efforts, because as Çetin so aptly put it, there’s still a lot of mystery down there. Maybe they could get to the bottom of it better if they had some kind of… mystery machine. Just a suggestion.

(via TIME, image via Josh Berglund)