Aquaman Takes a Dip Into the Dark Side With New Suit

Jason Momoa knows how to make a splash. Yes I already regret this pun.

Step aside Dirtbag Batman! There’s a new, darker Aquaman splashing into the DCEU.

Jason Momoa revealed Aquaman’s new look this morning via Instagram while filming the sequel (Aquaman and the Lost Kingdom) ahead of its December 2022 release date. Aquaman is known for the bright gold and emerald green of his iconic one piece so this change to a broodier, more somber color palette might spell big emotional or thematic changes now that Arthur has been ruling the waves. 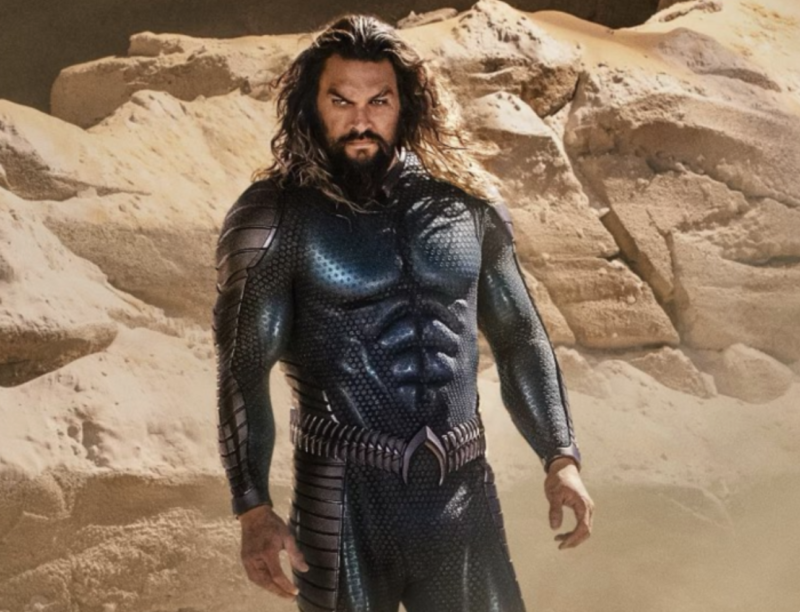 I joked about Batman above but honestly, this has huge bat vibes for me. The black with hints of grey and teal, the built-in washboard abs, the tactical armor boots – it’s crying out for a utility belt! Part of the appeal of Aquaman (for me) is that he has always looked like a beautiful little tropical fish, and this feels like DC is once again trying to capture the fleeting magic of dour Nolan Batman or trying to appeal to the mob of #SnyderCut fans. But, I hope I’m wrong! I probably will be!

Anyways, the reveal is exciting, with several celebrities weighing in on the new look. Leslie Jordan cried “Come save me! It’s raining over here!” While Dwayne Johnson said “Hell yeah, looking great.” Candyman star Yahya Abdul-Mateen II teased his own Black Manta look for the upcoming sequel with his comment: “I know a suit that might give you a run, player!!”

What do you think this new look means for our underwater hero?

Aquaman and the Lost KingdomInstagramJason Momoa