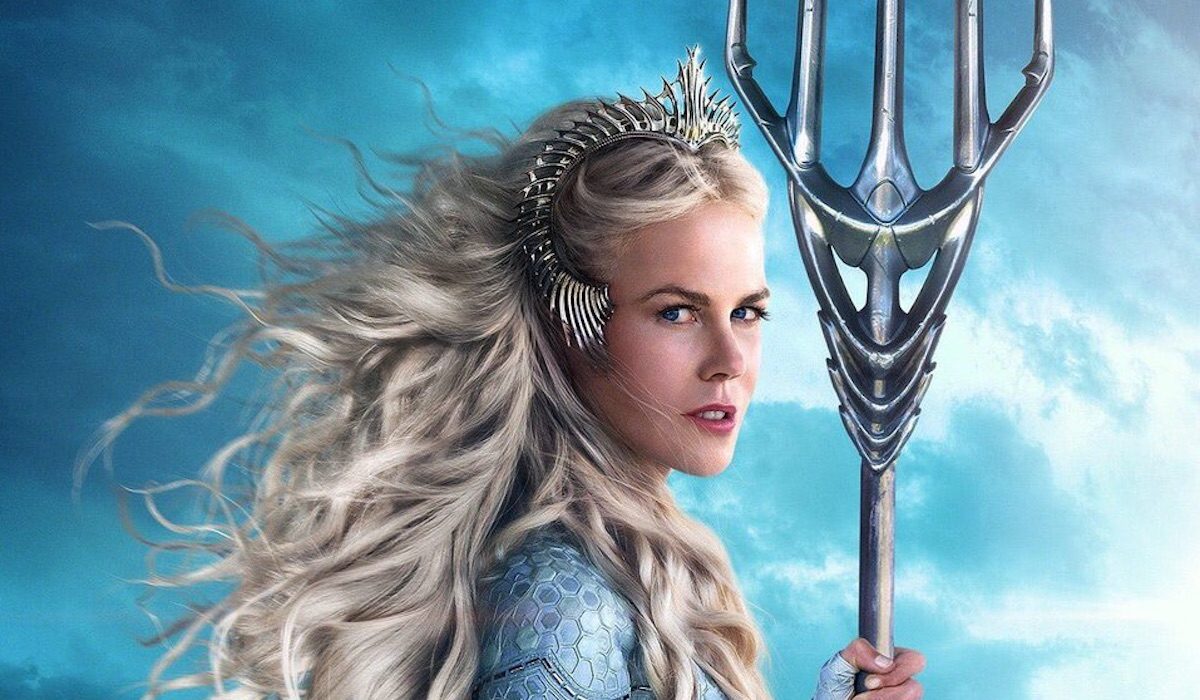 There’s a parallel between Aquaman and Ant-Man and The Wasp that made my jaw drop because they’re so totally aligned.

Throughout Aquaman, Arthur is understandably distraught that his mother, Queen Atlanna (Nicole Kidman), was “executed” by being sent to the scary Trench kingdom. Arthur mourns having lost the chance to know his mother, and is infuriated by her treatment.

But anyone who’s seen a movie before likely guessed that we hadn’t seen the last of Atlanna. Aquaman is shifty every time it mentions her death, and the heavy foreshadowing of Atlanna telling Arthur’s father that she will return to him evoked the Chekhov’s gun principle. You don’t make that kind of promise without having Atlanna reappear. She was a gun glimpsed in the first act that would inevitably go off.

So while I was not surprised when it’s revealed that Atlanna is alive—I was waiting for it—I was astonished at how it was done, since the scene is almost exactly the same thing plot-wise that we saw in Ant-Man and The Wasp earlier in the year.

Towards the movie’s end, Janet’s husband Hank Pym is discovered and saved by Janet as he looks for her in the Realm. Janet has somehow survived on her own for twenty years in the dangerous Realm, and she’s wearing a suit of imposing cobbled-together armor.

Towards the end of Aquaman, Mera and Arthur are discovered and saved by Atlanna after they pass into the secret ocean at the Earth’s core (just go with it). Atlanna has somehow survived on her own for twenty years in the dangerous, dinosaur-infested Hidden Sea, and she’s wearing a suit of imposing cobbled-together armor.

I’m not here to complain about this as a trope. If 2018 is the year of the incredibly capable superhero mother essentially coming back from the dead, that’s a lot cooler as a recurring theme than simply a tragic absent mother-figure or a living mother who’s a wallflower and inconsequential to the hero’s journey. Both Janet and Atlanna are shown as brave, strong, resourceful women who care about their children and were willing to sacrifice themselves for the greater good.

Yet I couldn’t get the parallel to Ant-Man and The Wasp out of my head. I’m not accusing Aquaman of copying; its script and shooting were well underway before Ant-Man and The Wasp‘s release over the summer. Still, considering that the reveals hewed so closely together, if I were on the Aquaman team I might have considered whether their scene should go to screen in such a similar fashion.

I know it’s likely that most audiences will not note or care about the similarities here—not everyone pays attention to the details of superhero movies because it’s their job. But for me, at least, Atlanna’s return felt head-shakingly derivative and deflated the emotional reunion as I whispered frantically to my friend, “But Janet van Dyne!”

Did you notice this mirroring plot point or do I maybe need to lay off the superhero movies for a while?