Apu Not Being Retired From The Simpsons According to Producers 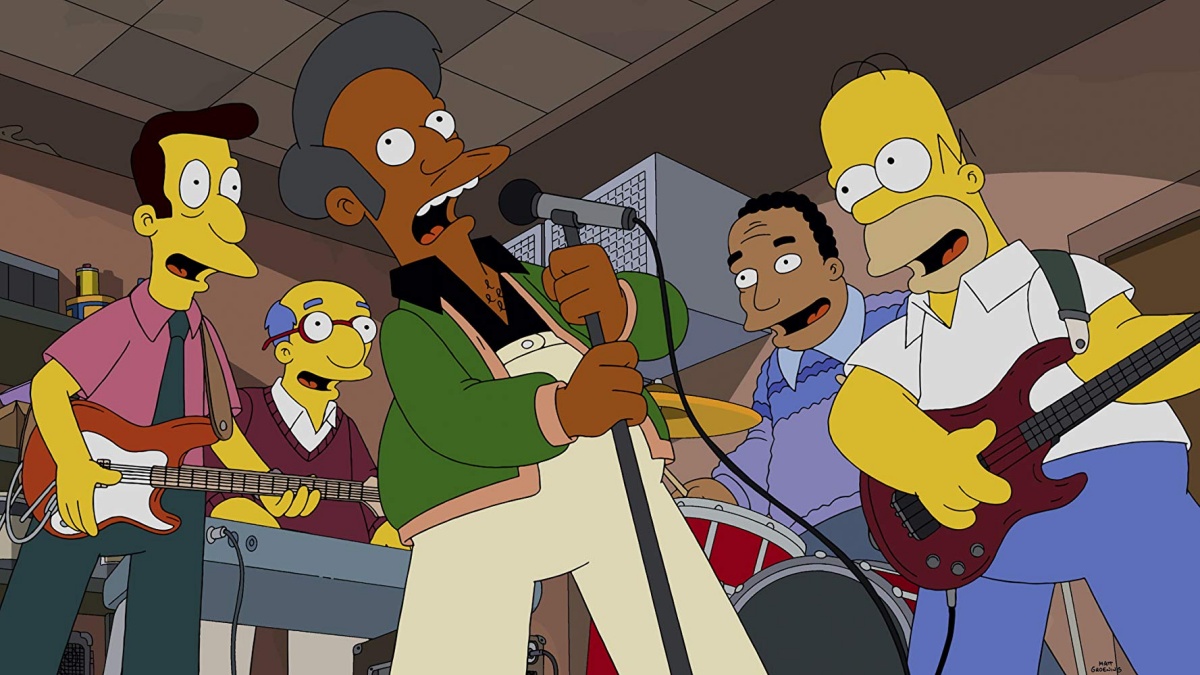 Now that The Simpsons is part of the evil Micky Mouse empire they had their own spot at D23 to discuss the future of the 30-year-old show. During their first appearance at the D23 Expo convention, the show’s producers were asked a number of questions about what the relocation as part of the Disney-Fox merger means for the series.

As part of Disney+, subscribers will have access to all episodes from the show’s 30 seasons to stream and according to one of the show’s EPs,  Matt Selman, despite their long history of poking jokes at Disney, the company is going to be very supportive of their creativity. “I think Disney would be supportive of anything we wanted to do, maybe a crazy limited series with a side character or a movie that we surprised you with, they’ve been really creatively supportive and this is going to afford so many new ways to do the show than just the traditional format.”

Additionally, the producers dispelled rumors that the character of Apu Nahasapeemapetilon would be leaving The Simpsons despite early reports that stated it was the case. This conversation of the Kwik-E Mart clerk fate was spurred due to the documentary The Problem with Apu, in which comedian Hari Kondabolu interviewed celebrities of South Asian descent about the negative impact that the character has had on them. Executive producer Al Jean previously said that he had watched the documentary.

Creator Matt Groening was asked by a young fan whether Apu would be staying on and said, “Yes. We love Apu. We’re proud of Apu.”

A year ago, when this was being discussed, Hank Azaria, the white voice-actor of Apu, also told reporters last year that The Simpsons was mulling how to address the future of Apu and what the show might do differently with the character. That ended up being addressed in the episode “No Good Read Goes Unpunished,” where Marge wants to share a book she loved as a child with Lisa, but finds that it is much more racist than she remembered. We ended up getting (sigh) this dialogue because of it:

Lisa Simpson: Something that started decades ago and was applauded and inoffensive is now politically incorrect… What can you do?
Marge Simpson: Some things will be handled at a later date.
Lisa Simpson: If at all.
(cute to picture of Apu)

“Some people are offended by the character and I take that very seriously,” Al Jean said last year. “Others really love the character. It’s a difficult choice. I don’t want to offend people but we also want to be funny. We don’t want to be totally politically correct. That has never been us. It’s given us a lot of thought.”

I have never felt like it would necessary to completely get rid of Apu, as he has been a staple of The Simpsons universe for so long, but the show has just failed to address the issue in a thoughtful way. Which is a shame because if you actually watch The Problem with Apu, it’s very clear that Hari Kondabolu put a lot of care and fairness into his discussion of the topic.

Regardless, we will be seeing Apu in the future of The Simpsons and possible any spin-off material they make.