Will Apple Become More Vulnerable to Viruses in 2011? 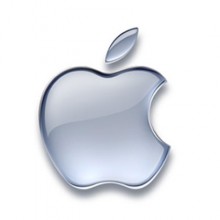 According to a recent report by computer security company McAfee, Mac OS X and iOS may become juicier targets for cybercriminals in 2011. Per the report, more and more companies and consumers are using Apple computers and mobile devices, making them more attractive for people looking to cause widespread problems. Not only is Apple’s presence in mobile technology huge and growing, but users regularly (and proudly) broadcast their allegiance to Apple devices via social media, making them even more susceptible to hackers targeting Apple’s operating systems.

Mac OS X has primarily benefited from being too small of a target to be worth investing the time and effort to exploit, but the rise of the platform, combined with the introduction of the app culture in the upcoming Mac OS X Lion, give attackers something to work with.

[McAfee says that] “The popularity of iPads and iPhones in business environments and the easy portability of malicious code between them could put many users and businesses at risk next year and beyond.”

Per McAfee’s security report, all mobile devices will be open to more malicious attacks in the year to come, and while the weaknesses in Apple’s security have been compromised on a smaller scale during security conferences, it’s the lack of security knowledge on the part of users (and the arrogance of users who think that Apple devices are somehow totally immune to viruses] that will open it up further, “mak[ing] Apple botnets and Trojans a common occurrence.”

Clearly, threats to Apple’s security have been made before; however, whether or not the report by McAfee (which, it should be noted, is in the business of selling people antivirus programs) pans out, it’s always best to keep one eye open.

(via MacWorld via PCWorld via McAfee)