Details about Apple’s tablet release are coming fast and furious, and no part of the announcement has hardware mavens buzzing more than news that the device will be running on the Apple A4 “CPU”. Is the A4 the next generation of mobile processing technology — as Apple claims — or is it, as some bloggers are grumbling, a “LEGO approach” to building a chip?

Most complex hardware products, if you remember from Richard Scarry’s My First Book About Computers, are comprised of a whole mess of separate processors, controllers, memory devices, and so on; these devices accept signals from input and send them to their proper locations to handle computing tasks. Connecting all of these components to each other requires placement within the casing, rainbow-colored wire ribbons, and plenty of headaches for hardware engineers. 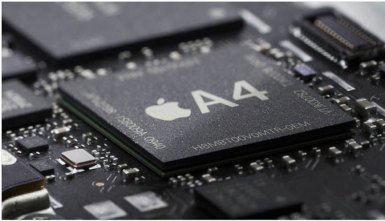 The hyperfuturistic alternative to this, however, is the system-on-a-chip (SOC), which combines all of the coppery boxes normally seen upon opening a device into a single, Wonkavisioned nugget of processing power. The iPad’s reliance on an SOC carries two big messages for the tech world.

One: Apple (formerly regarded among industry insiders as a glossy marketing and packaging operation for components of foreign manufacture) is venturing into the world of semiconductor design, a move which is causing shock among some well-known tech bloggers. Our course, this is fabless semiconductor design, which has nothing to do with sequins and everything to do with outsourcing the actual creation of chips to Malaysia, but still. If the profit margins on Apple’s deices continue to soar, look for it to get involved even further down the production chain.

Two: The iPad, which is ostensibly a tablet computer and not, you know, just a glorified mobile device without real mobile functionality, is actually running on a processing architecture previously relegated to mere handsets. So either its components are advanced beyond anything currently on the market, or — much more likely — it is in fact “a big iPod touch with some free apps included.”