As If All These Half-Assed Apologies From Alleged Abusers Couldn’t Be Any More Ridiculous, Now They’ve Been Set to Music 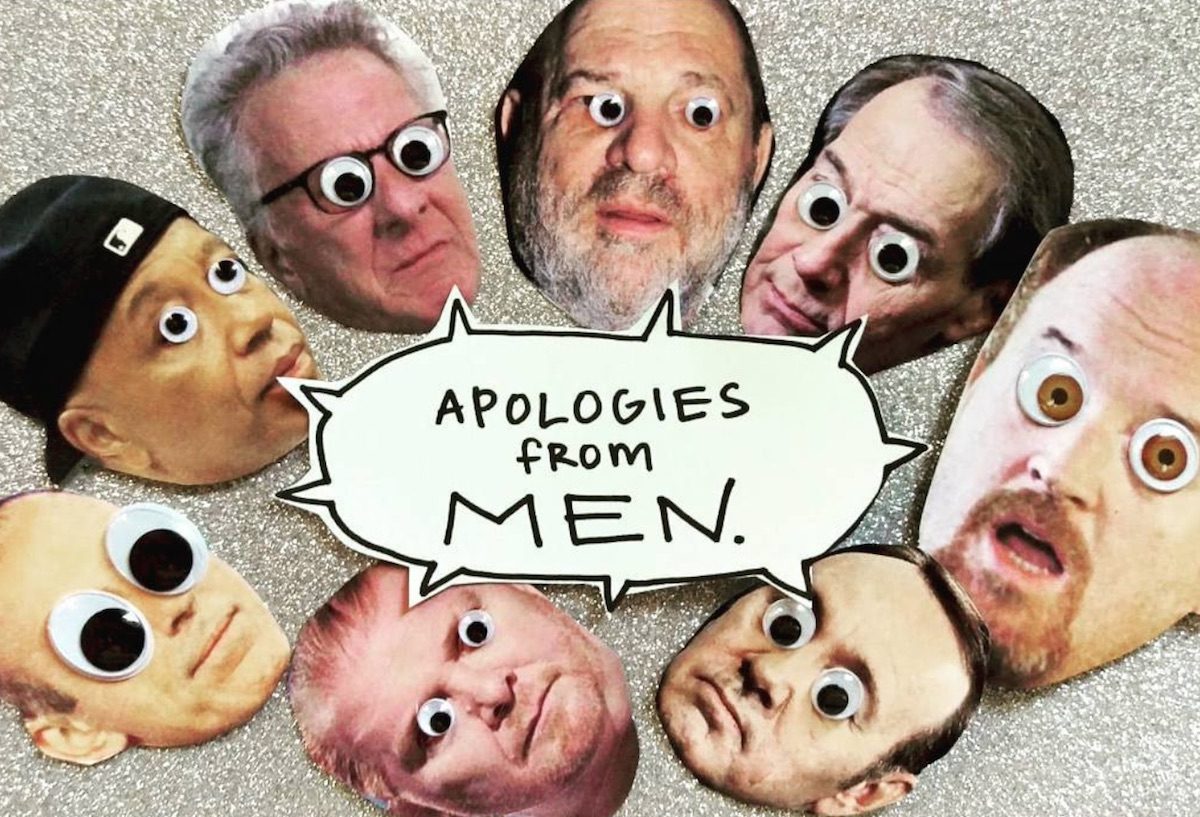 In the era of Calling Out Men for Their Bullshit, we’ve had no shortage of half-assed and non-apologies. From “it was a different time then” to “that doesn’t reflect who I am,” abusers have all sorts of ways of deflecting responsibility for their actions.

These “apologies” are so ridiculous, so performative, and so one-dimensional, they may as well be given by paper dolls. Which is exactly what comedian Lauren Maul has done. In her new album Apologies From Men, Maul takes the words of alleged abusers and sets them to music. While the songs are good, it’s her paper-doll music videos that I can’t stop watching.

Take for example, “A Short Apology by Dustin Hoffman,” in which he throws a mini-tantrum because no one will believe that he super respects women, despite all his alleged actions that might appear to prove the contrary.

A Short Apology by Dustin Hoffman from Lauren Maul on Vimeo.

I know that Harvey Weinstein’s “That Was the Culture Then” deflections are going to be stuck in my head for hours and I am very mad about that.

The Culture Then by Harvey Weinstein from Lauren Maul on Vimeo.

My personal favorite is this ballad for “The Men Who Have Not Apologized.” From Donald Trump to Woody Allen to Bill Cosby to so many others, these are the men who have offered no condolences–really, nothing but smears–to their accusers. Since the songs only use these men’s own words, this one, then, is purely instrumental.

The Men Who Have Not Apologized (Instrumental) from Lauren Maul on Vimeo.

There are plenty more, like Louis C.K. patting himself on the back for being so powerful and “admired” or Mario Batali inexplicably offering up a recipe for cinnamon rolls while apologizing for his “many mistakes.” You can see all the videos on Maul’s website, and as of today, the full album is for sale, with 100% of the sales revenue going to RAINN.

Plus, if you’re in the NYC area, Maul is having a one-night-only live concert tonight (Friday, March 9th), so you can enjoy shitty apologies set to fun music in a group setting.