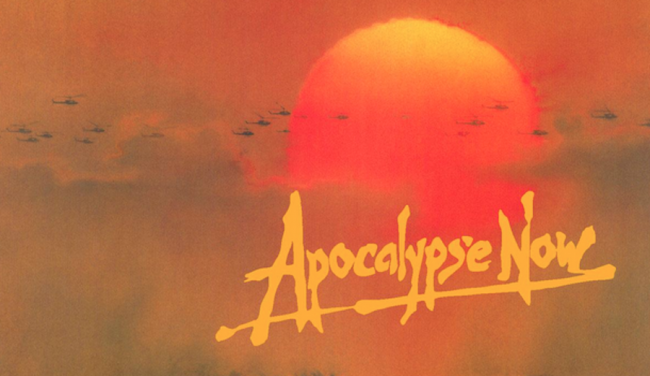 Francis Ford Coppola along with a team of game development veterans have launched a Kickstarter to turn the 1979 war film Apocalypse Now into “an immersive, psychedelic horror RPG.” In a message from Coppola, the director talks about making the original film as a big-studio project and how he’s always been fascinated with the idea of bringing Apocalypse Now to a different platform for a new generation.

However, he doesn’t believe that traditional game publishers fit well with the experimental work Coppola strives for, an immersive story that will allow users to step into the character of Captain Benjamin Willard. Thus, the Kickstarter.

The description for the game reads:

The game is an interactive recreation of Willard’s journey, as seen through a survival horror lens in which players with limited resources face unspeakable terrors.

By choosing how to react to these situations, each player molds a unique version of Willard within the loose confines of the film story. You are Willard and your actions will determine his fate…

Unlike a traditional RPG, the emphasis is not choosing dialogue, but rather actions and postures. Combat draws from survival horror to emphasize combat avoidance and stealth. This is not Call of Duty in Vietnam.

In other words, the game with not be a perfect 1:1 with Apocalypse Now, though “brutalism and hubris will bring about severe repercussions.” However, the game won’t leave out one of the most important and memorable encounters as you progress until “the reigns of control are sheared away. American influence is replaced by something more primal, all ending in Kurtz.”

Since the game promises build on the film’s narrative in a new platform, the idea of an Apocalypse Now game sounds intriguing. The film was an adaptation of Joseph Conrad’s Heart of Darkness that showed the brutalities and spectacle of the Vietnam war, and is widely considered one of the best films of all time.

However, there’s some understandable hesitance about the adaptation. WIRED, in an article titled “The World Really Doesn’t Need an Apocalypse Now Videogame,” points out that the film has already had a huge influence on video games both visually and thematically. Spec Ops: The Line, specifically, came out in 2012 and takes heavy influence from both the film and its literary inspiration in it’s approach to violence and morality. A character named Konrad is a clear allusion to the author, and his role is similar to that of Kurtz. Though Coppola wants to make an innovative game that’s more than a straightforward first-person shooter and he’s not wrong about the need to take risks, we have to wonder whether versions of the game are already out there. Also, while there’s definitely relevance to Apocalypse Now in our current moment, it’s always risky to adapt something that’s so connected to it’s historical context.

Still, this tale of “tale of drama, magic, and horror” is an undoubtedly power one, and I’m incredibly curious about what Coppola’s break into video games would look like. Additionally, it looks like they’re being very generous with rewards. If that sounds like something you’d be interested in, you can check out the Kickstarter here.