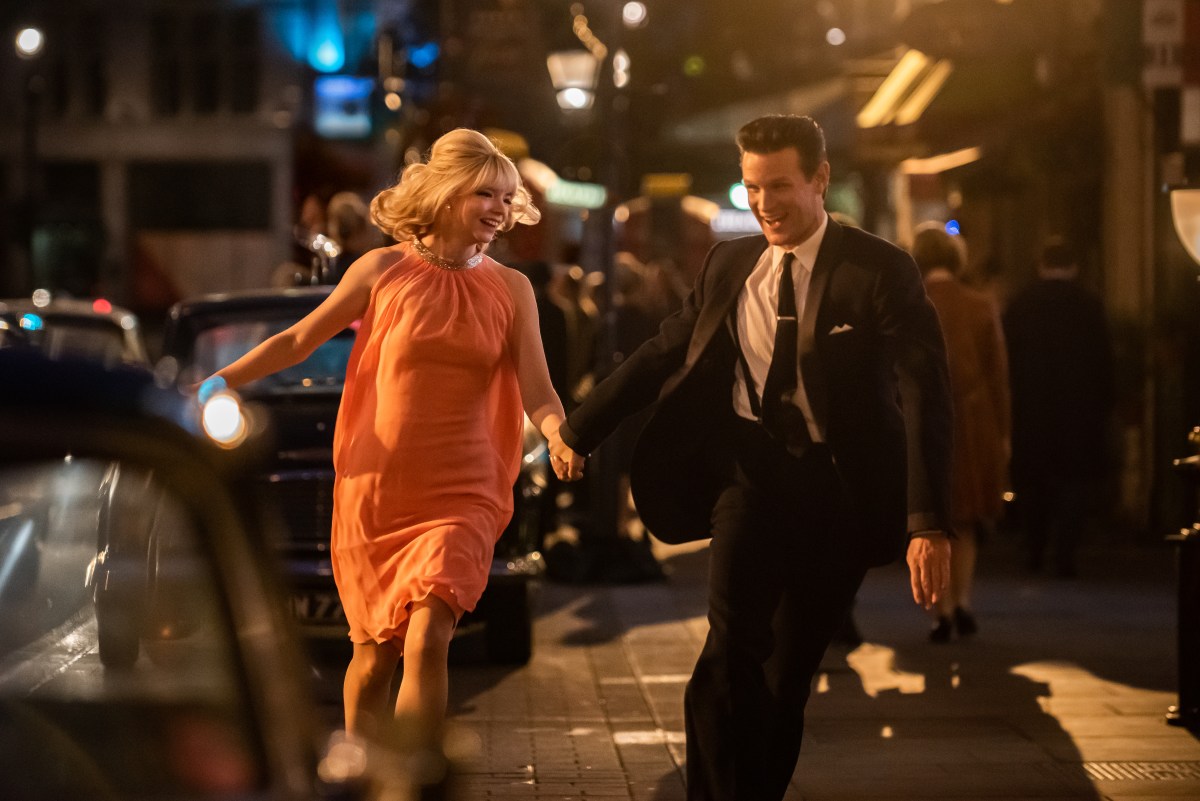 The unique worlds of Edgar Wright films always provide a fascinating journey for fans of the Shaun of the Dead director and it seems as if his next foray is a bit of a darker turn—one that fans are going to eat up.

Last Night In Soho looks both frightening and fun in their trailers and now we get a bit more of the story with the release of Anya Taylor-Joy’s performance of the song “Downtown.”

Two different versions were released—we get to see a music video that shows Eloise (Thomasin McKenzie) and her mysterious connection to singer Sandie (Anya Taylor-Joy) and the man that she is seemingly with (Matt Smith). Yes, Matt Smith seems to loom over Sandie in a horrifying way—and we’re pretty sure we’re going to be scared by him—but there’s something about this beguiling 1960s world that drags you in in the same way it does to Eloise.

I can’t wait to be thrown into the midst of Edgar Wright’s latest film and part of that excitement comes from the music video release! The (Downtempo) version of “Downtown” is part of the new trend of eerie covers making trailers that much creepier, but it also gives us more of an idea of the actual storyline.

The strange and scintillating film is described as follows in the press release:

In acclaimed director Edgar Wright’s psychological thriller, Eloise, an aspiring fashion designer, is mysteriously able to enter the 1960s where she encounters a dazzling wannabe singer, Sandie. But the glamour is not all it appears to be and the dreams of the past start to crack and splinter into something far darker.

There’s also an (uptempo) version that sounds more like the original version of the song and is wonderfully fun.

One of my favorite parts about the trailer is when Sandie tries to leave and the man grabs her, only for Eloise to break through and say “She said no” and run away. This, to me, gives us a look at more of what this movie is going to be about on a deeper level and truly makes it that much more intriguing. I was already invested because this cast alone is drawing me to see the film, but knowing that it is a woman’s struggle to find herself through another woman’s journey? And perhaps pursue justice for a woman who never received it? Fascinating.

Celebrate the spooky season with Last Night In Soho, hitting theaters this October 29th, and let evil Matt Smith soothe you, as our Kaila Hale-Stern said to me. Or maybe we should all just listen to Anya Taylor-Joy singing “Downtown” on repeat until we can all go and see the movie.