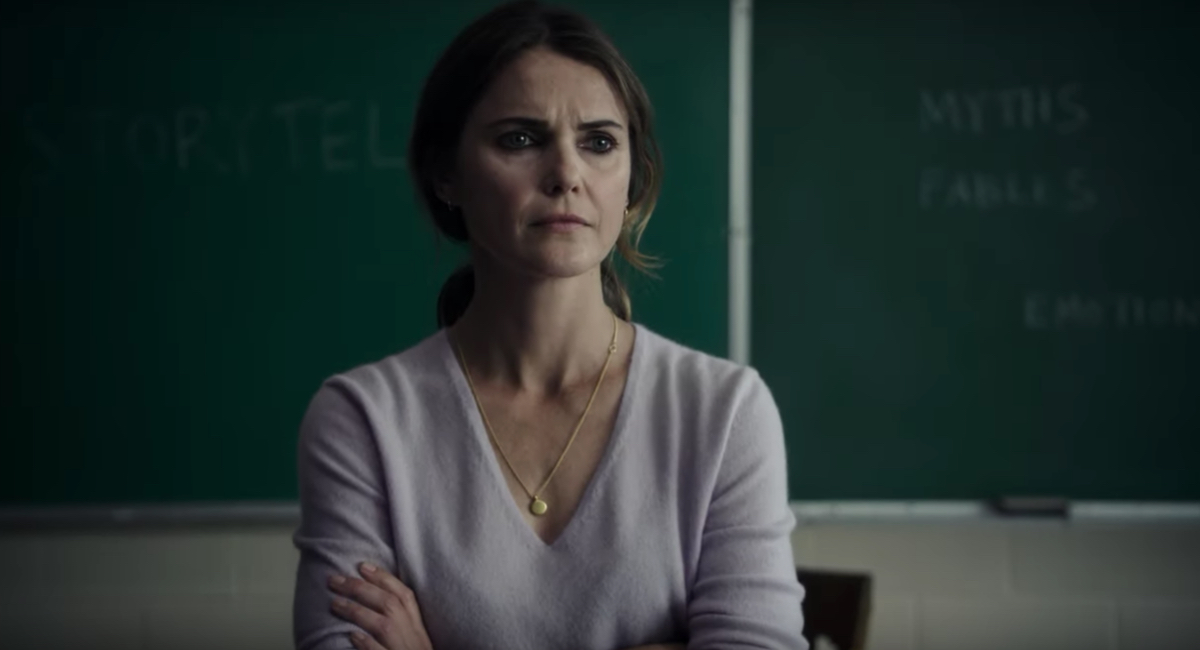 Fairy tales and fables are oftentimes deeply terrifying, and the trailer for Antlers proves just how scary these stories can be. Based on the short story The Quiet Boy by Nick Antosca, the trailer is framed around a child telling a story about three bears that seems to be taking on a new life for both himself and his teacher (Keri Russell). While the film won’t be released until next year, it already looks like a frightful delight. Check out the trailer below.

Guillermo del Toro is producing this film, which is a sign that it will be fantastic in my book. A keen horror writer/director himself, del Toro knows what makes scary stories so powerful and so terrifying. If he’s working on the project, it’s probably worth paying attention to. I hope he had some input into the monster’s final design, because his creatures are always bone-chillingly good.

Reading Antosca’s original story, you can see why it was optioned by Fox (now Disney). It has an incredible atmosphere, and the mounting sense of dread you feel with every passing word is palpable. There’s a slow burn of tension, and I hope the film continues by making this a slow burn rather than filling it with jump scares. Julia, our teacher protagonist, is younger in the short story than she seems to be in the film. It will be interesting to see how her role is adapted for the screen. Russell seems perfectly cast as the kindhearted teacher who doesn’t know quite what she’s getting into.

Overall, the trailer is beautifully cut and gives a deep sense of dread and terror. The framing device of the short story is phenomenally used, and already my skin is crawling thinking of how the film could portray some of the short story’s more horrifying moments. 2020 looks like it will continue a winning streak of horror films for fans of the genre.