My Anticipated Anime List for April 2021 | The Mary Sue 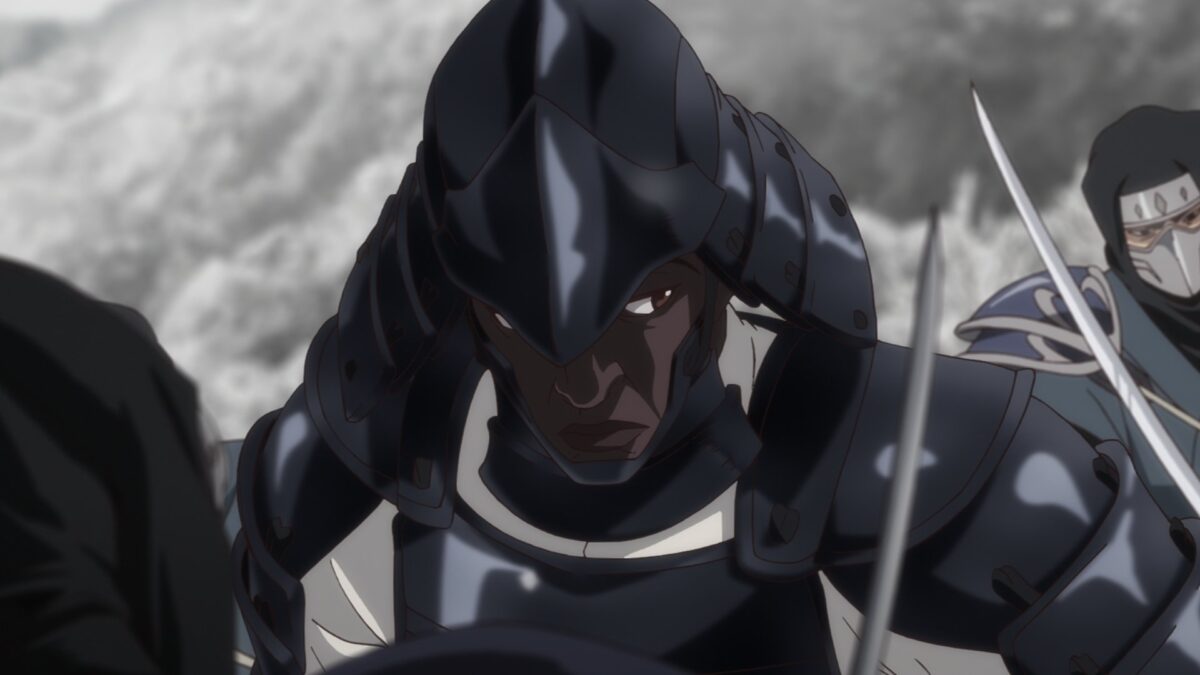 With the Winter anime season nearing its end, it was inevitable that we’d start getting announcements for what Spring has in store for us. However, I didn’t expect April to have so many picks right out the gate! Some of these series we already knew about, others are brand new announcements, and a couple finally have confirmed release dates (earlier than I expected, tbh).

Here’s a list of what we have to look forward to next month along with dates and where to watch! I tried to stick with things that had actual release dates or at least had official announcements up that said April.

Note: The Shaman King reboot is scheduled to air on April 1st in Japan. No word on a US release date yet, but it will be released on Netflix. This is similar to what happened with Beastars season 2, which has already been released in Japan but will be released here on Netflix in July. There’s a trailer you can check out below!

Series synopsis: In the late 19th century, the British Empire nobility reigns while its working-class suffers at their hands. Sympathetic to their plight, William James Moriarty wants to topple it all. Frustrated by the systemic inequity, Moriarty strategizes to fix the entire nation. Not even consulting detective Sherlock Holmes can stand in his way. It’s time for crime to revolutionize the world!

Fangirl note: Moriarty the Patriot is the Sherlock Holmes universe, but in the point of view of his greatest foe, Moriarty… with some liberties taken, of course. This Moriarty consists of a trio of brothers, the main one being the middle brother, William James, who is working to change the British Empire by upending the despicable nobles who sit at the top of the class structure. Now that Sherlock Holmes has made his appearance and Part 1 ended with the introduction of Mycroft, part 2 is sure to be just as intriguing as its predecessor.

You can check up a full write-up here!

And my ships are over here because… yeah.

Series synopsis: Tohru Honda thought her life was headed for misfortune when a family tragedy left her living in a tent. When her small home is discovered by the mysterious Soma clan, she suddenly finds herself living with Yuki, Kyo, and Shigure Soma. But she quickly learns their family has a bizarre secret of their own: when hugged by the opposite sex, they turn into the animals of the Zodiac!

Fangirl note: Filed under “things I still need to get caught up on” the final season to everyone’s favorite “this looks like such an adorable show oops that’s a lot of trauma” series is almost here! I’m not even gonna pretend like I’m caught up (that’s what these next couple of weeks are for, right?) so here’s a nifty recap video of what went down in season 2 AND a sneak peek to the final season!

The Way of the Househusband

Where to watch: Netflix

Series synopsis: He was the fiercest member of the yakuza, a man who left countless underworld legends in his wake. They called him “the Immortal Dragon.” But one day he walked away from it all to travel another path—the path of the househusband! The curtain rises on this cozy yakuza comedy!

Fangirl note: I just started reading the manga (will review soon) and this series is such a delight. There doesn’t seem to be much of an overall plot (yet?) and is a compilation of little stories about Tatsu taking his househusband duties just as seriously as he did his duties as a Yakuza boss. The trailer looks… okay? It looks more like we’re putting colored manga pages up on the screen which can be offputting, but I’m willing to see how it plays out. Tatsu’s voice is exactly how I imagined it.

Since it’s Netflix, I’m sure the whole series will be available on release day.

The World Ends With You the Animation

Series synopsis: Neku awakens in the middle of Shibuya’s bustling Scramble Crossing with no memory of how he got there. Little does he know he’s been transported to an alternate plane of existence known as the Underground (UG). Now an unwilling participant in the mysterious Reapers’ Game, Neku must partner up with a girl named Shiki in order to survive. Together, they complete missions and defeat monsters known as Noise as they gradually uncover the true nature of this twisted Game.

Fangirl note: My excitement is based purely on the fact that I liked the DS game back in the day, but I am cautiously optimistic, as anime adaptations to video games can be hit or miss. Still, the trailer looks great, especially since the art style is so close to the style of the game:

Where to watch: Netflix

Series synopsis: In a war-torn feudal Japan filled with mechs and magic, the greatest ronin never known, Yasuke, struggles to maintain a peaceful existence after a past life of violence. But when a local village becomes the center of social upheaval between warring daimyo, Yasuke must take up his sword and transport a mysterious child who is the target of dark forces and bloodthirsty warlords.

Fangirl note: LET’S GOOOOO!!!!! This anime has been on my list since it was announced. There are so many reasons to be hype for this. LaKeith Stanfield as the lead? MAPPA doing the animation? Honestly, this quote from creator LeSean Thomas says it all:

There is a serendipitous nature about this project, how an African-American man goes to Japan to live and work amongst the very best in Japanese anime to create an anime about an African who goes to Japan to live amongst the Japanese elite and become a warrior. Part of me deep down feels I was meant to create this adventure series with MAPPA, Flying Lotus, LaKeith & the rest of this talented team.

Yasuke is a fascinating, mysterious figure in Japanese history that’s drawn a growing interest in today’s media over the decades. I first learned of Yasuke’s role in Japanese history over a decade or so. The children’s book, Kuro-suke by Kurusu Yoshio, featured images that piqued my curiosity. To eventually learn that he wasn’t just a fictional character, but a real person, was exciting material for an adventure story.

I’m so excited for both longtime fans and newcomers to enjoy our reimagined take on this historical figure.

I’m excited too, see you in April!

Series synopsis: Aspiring athletes from around the galaxy gather to compete in a tournament where the winner will be crowned the Cosmic Beauty. What begins as rivalry grows into friendship among the athletes, including a lunar refugee and her kangaroo companion, the daughter of an arms-dealing CEO, a mysterious loner, and Earth’s representative…a humble potato farmer named Kanata Akehoshi.

Fangirl note: The original series is from back in the days when I’d grab any anime I could find, you know, the stuff you see in the Sci-Fi Channel (SyFy) previews or on VHS trailers from Discotek or Central Park Media? I was not expecting to ever see anything Battle Athletes related again. Like. I didn’t think anyone even knew what this was, and this new entry looks so similar to the original, even if that one was from back in the 90s! Time for some nostalgia:

Series synopsis (season 1): Bored, resigned, and unfulfilled, a young man with neither name nor past survives by fighting in underground matches of a sport called MEGALOBOX, a form of boxing that utilizes powered exoskeletons. Calling himself JNK.DOG, he feels trapped in a world of crime, poverty, and ecological collapse. All that changes when he has a chance encounter with Yuri, the reigning king of Megalobox. Now, obsessed with proving himself, JNK. DOG becomes a man driven to do whatever it takes to fight his way to the top of the rankings and take on the champion

This follow-up series picks up seven years after Season 1.

What upcoming releases are you looking forward to next month?