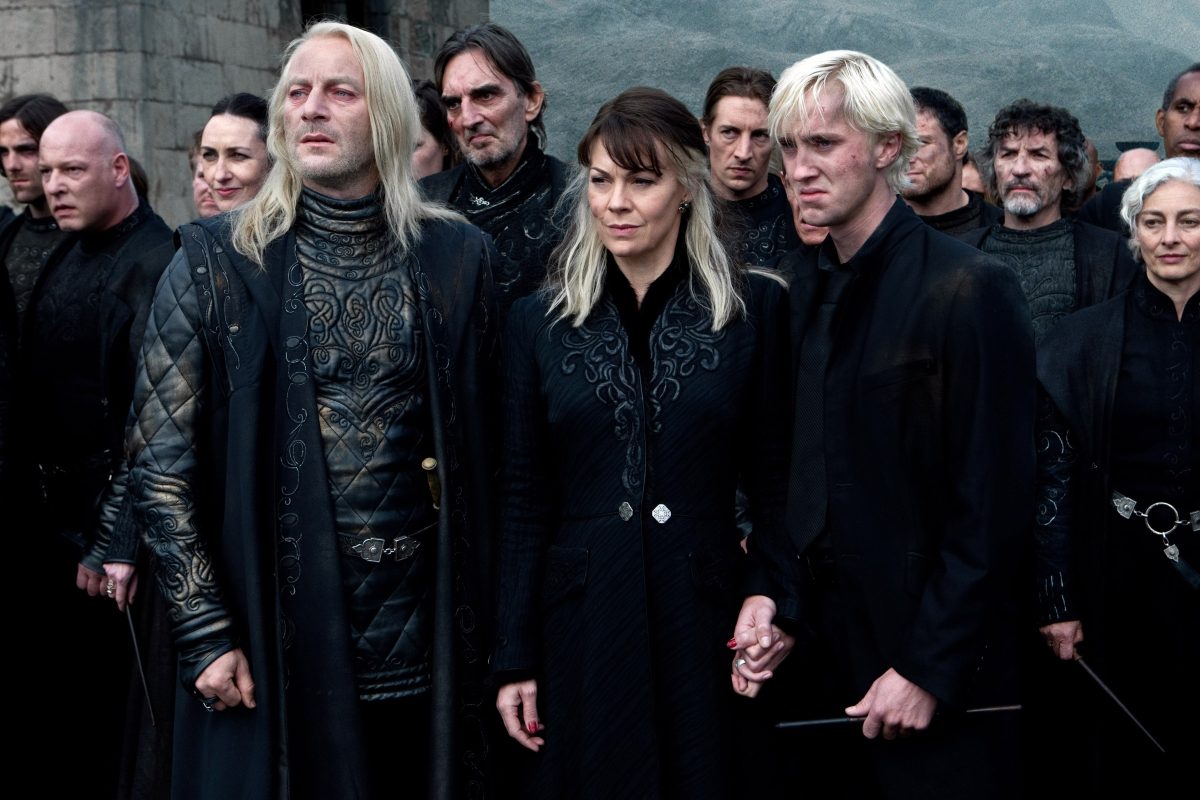 Anti-vaxxers recently put down their tubs of horse paste to let everyone around them know that they don’t care for the term “unvaccinated” anymore. “From now on, I refuse to be referred to as ‘unvaccinated,’” posted conservative TikToker @lindsey00kemp. “I want everyone to now call me Pureblood.” The trend spread on TikTok, as anti-vaxxers quickly embraced the nickname, boasting it loudly from their respective social media accounts.

Purebloods, as Potterheads will know, is the term used by Voldemort and the Death Eaters to describe wizards and witches with “pure” wizard bloodlines. It’s an allegory for the Aryan ideals propagated by Nazis and the Third Reich, which were used to discriminate and dehumanize Jews, Romani people, queer folks, and other marginalized communities the Nazis vilified.

It’s obviously disturbing that the anti-vaxxer community would go all-in on a term that essentially promotes Nazism … but it’s hardly surprising. These are the very same right-wing racists who marched in Charlottesville, who denounced Black Lives Matter, and who pledge allegiance to Donald Trump and Donald Trump only.

Much of the anti-vaxxer movement is made up of diehard Trumpers, many of which are white supremacists and nationalists. These are the same people who bought into the Big Lie, who stormed the Capitol on January 6. Vice News reports that the “pureblood” video has been viewed nearly 250,000 times, with TikToker Lyndsey Marie planning a line of pureblood merch. Yikes.

This is all a part of the rising Christofascism movement in America, which is intent on stripping women of their reproductive rights, punishing transgender children for existing, and trying to keep schools from educating students about the history of racism in America. Nazis gonna Nazi I guess, but really? Purebloods in 2021? These people are positively unhinged.

It’s especially galling considering these same people have spent the last 18 months comparing themselves to Jews living in Nazi Germany and whining that they’re being persecuted for their beliefs. Sorry Brynleigh, but the Holocaust is in no way comparable to you being asked to wear a mask at Target for 10 minutes. Get an actual grip on reality.

Many took to Twitter to question the “pureblood” trend and to wonder, as we all do, what is wrong with these people. Let’s see how that pureblood life works out while they’re intubating you in an overcrowded hospital hallway.

You should probably just stick with “unvaccinated” #pureblood pic.twitter.com/trBmTPLQmB

i know we’re telling people to read another book, but have we considered asking them to just understand the book they read https://t.co/3rWVr1SCF6

If you’re going to call yourself “pure blood”, don’t be shocked when we call you a nazi.#pureblood pic.twitter.com/6xRr3efyQg

Like even with the series’ fall from grace that doesn’t change that an entire GENERATION sees Pureblood as synonymous with Nazi.

Isnt “Pureblood” just a repurposed way to refer to yourself as white? https://t.co/0Wz05xIgvc