Why the Anti-Abortion Movement Relies on Its White Women Leaders 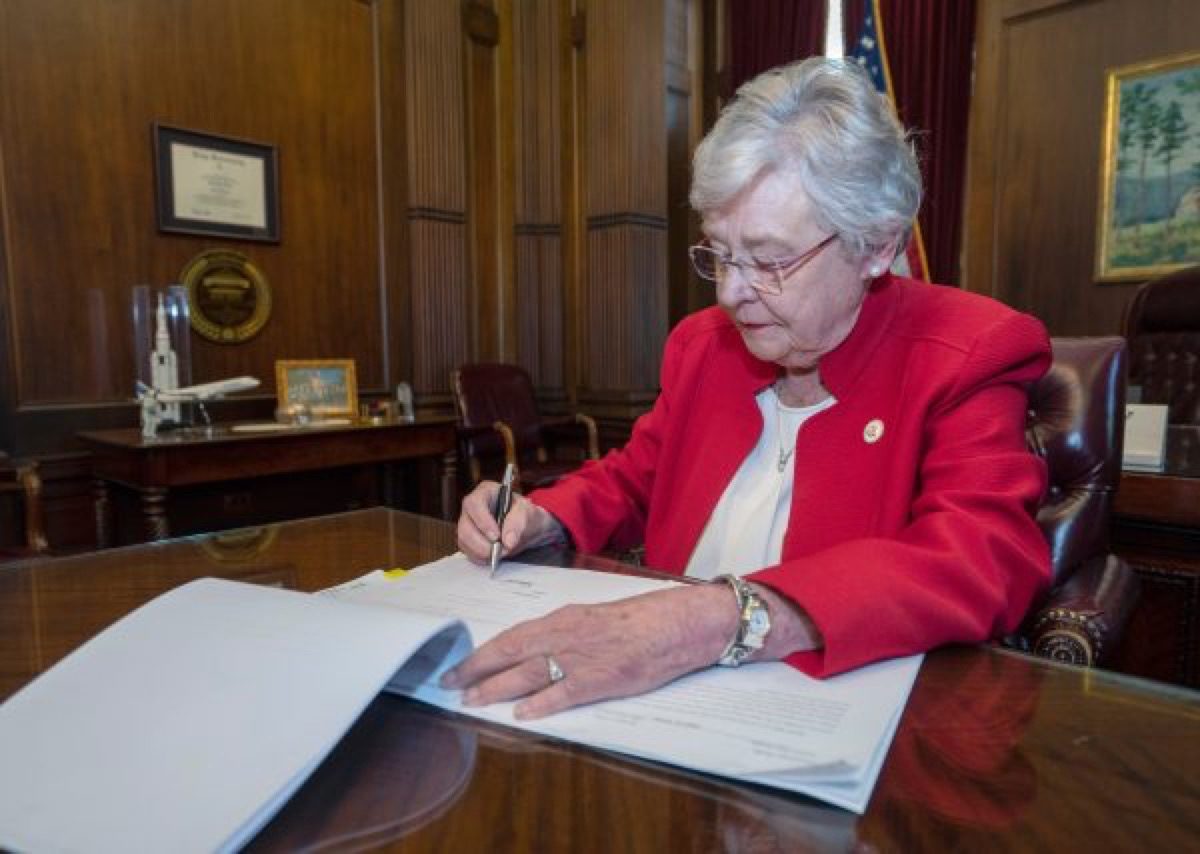 On Tuesday, pro-choice activists hosted more than 500 #StopTheBans rallies, with thousands of attendees across the country, in protest of the recent influx of abortion bans in states like Alabama, Georgia, and Missouri, among others. In recent weeks, these laws have stoked passionate reaction, as they threaten health care providers and women who have abortions with prison time, and are even dangerous for survivors of rape and those who experience miscarriage, too.

Unfortunately, Alabama and Georgia are hardly aberrations. In the first months of 2019 alone, dozens of anti-abortion bills have been introduced, passed, and signed into law in states across the country. As a result, politicians from Elizabeth Warren to Cory Booker have called for electing more women as a potential solution to the escalating, state-level war on reproductive rights.

But, as some activists have already pointed out, unilaterally electing women might not be the way to go, if we’re not exclusively electing women who support reproductive rights. Alabama’s total abortion ban was introduced by a female, Republican lawmaker, and signed into law by Gov. Kay Ivey, also a woman. The same week Ivey signed the bill, the U.S. Senate confirmed Wendy Vitter, Donald Trump’s nominee for a federal judgeship in Louisiana and a vocal abortion rights opponent, with a history of spreading the lie that abortion can cause cancer.

Staunchly anti-abortion women can often seem confounding. Why would anyone support laws directly harmful to their health and safety? But if you look closely, you’ll find many anti-abortion women have something in common: They’re often white and in a position to benefit from aligning themselves with powerful white men in their lives as a means to consolidate their own political power.

In the 2016 election, an estimated 53 percent of white women voted for Donald Trump over Hillary Clinton—a number that surprised many, but shouldn’t have. The majority of white women, like white men, consistently vote for Republicans, who have relied on their votes for years to win state legislature seats and introduce and pass hundreds of anti-abortion laws in the last decade.

White women play a unique, decisive role in challenging abortion rights and reproductive justice for women of color, lower income women, and frankly, all women. Notably, the majority of women who have abortions are women of color, and women of color are substantially more likely to experience poverty than their white counterparts.

Of course, this is not to absolve the equally—or more—responsible white male lawmakers of blame for the modern, terrifying landscape around reproductive rights. The horrific laws we’re seeing are deeply tied to overrepresentation of white, cisgender men who know nothing about pregnancy and will never understand women’s experiences, but that said, white women are distinctly positioned to play a special role in advancing the anti-abortion movement’s goals.

Their advocacy for cruel, harmful abortion bans that disproportionately impact the bodies of low-income women of color serves to give the anti-abortion movement cover for its sexism. The anti-abortion movement’s male leaders are able to use female supporters as shields to push back on the popular, well-earned narrative that legislation attacking abortion rights is exclusively supported by ignorant white men, and to market their movement as “women-approved.”

With the support of white women, anti-abortion activists can paint the many women who vocally protest their dangerous policies as hysterical and non-representative of all women. Subsequently, they can capitalize on the racial power dynamics that grant white women greater visibility and credibility than women of color to paint their views as universal, speaking for all women.

Yet, who holds leadership roles or poses as the faces of the anti-abortion movement, whether men or women, is ultimately irrelevant. Their gender doesn’t magically mitigate the harm of anti-choice laws on women as a unit, who will experience higher maternal death rates and negative pregnancy and health outcomes as a direct consequence of abortion bans.

And certainly, female leadership in the anti-abortion movement doesn’t make it “feminist” or empowering for women, as some conservatives like to pretend. We saw claims like this last summer when six of the 25 candidates on Trump’s shortlist for the Supreme Court were women, and we see them whenever conservative, anti-choice women politicians win their elections, but feminism isn’t the empowerment of any one woman or narrow, specific unit of women, at the expense of all others; it’s the empowerment and enfranchisement of all women, with rights, dignity, health, and self-determinism.

Georgia and Alabama’s recently signed abortion bans are horrifying in their specific, deliberate goal of criminalizing and jailing women for the crime of seeking health care. It’s a simple fact that women will die if and when these laws are enacted, as we’ve seen states with more restrictions on abortion care have higher maternal death rates than those with fewer restrictions. Yet, abortion care isn’t just necessary to save women’s lives. Just as important, it’s necessary for women to have meaningful autonomy over their bodies and lives, and exist as more than state-owned incubators.

In the face of today’s intensifying war on reproductive rights, the devastating and specialized role of many white women in hurting all other women can’t be ignored anymore, nor can their actions be used to dismiss the pain and fears of all other women.