Will Ant-Man and the Wasp Be Marvel’s First Rom-Com? 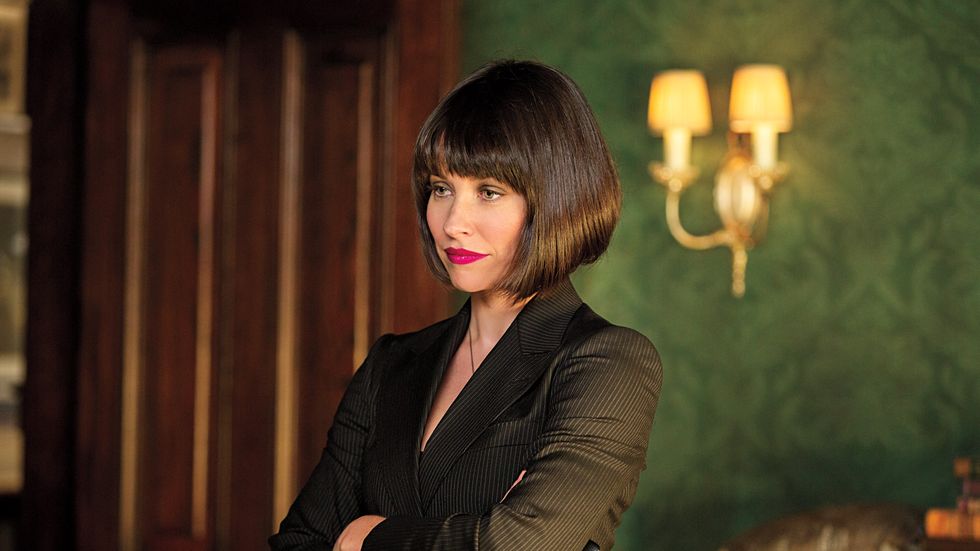 A new report out of the Russian film market seems to give us a pretty nifty hint about the genre of Peyton Reed’s Ant-Man and the Wasp: it will be Marvel’s “first rom-com.” Obviously, this report comes with some caveats, since it’s based on a translated write-up of a marketing pitch for the film. I don’t speak Russian, and I can’t even read Cyrillic, so I couldn’t double-check this translation aside from Google Translate.

That said, I actually kind of love this idea for the film, and I think it’s worth asking why a comic book movie hasn’t already gone for the romantic comedy route.

According to ComicBook.com‘s translation of a write-up in the Russian film magazine Kinometro, Disney previewed its upcoming slate of Marvel films as part of the 104th Российский кинорынок (Russian International Film Market) event. In addition to airing the Black Panther trailer, the company also previewed Ant-Man and the Wasp. As part of the presentation, Elena Brodskaya, a vice president for Studio Marketing at Disney, reportedly called the movie “the first romkomom [rom-com] from Marvel.”

Of course, the filthy SJW in me loves the idea of chick-flicking a superhero movie just from sheer matriarchy-now spite. But the rational fangirl in me also knows that romance is a huge, fundamental part of comics storytelling; from the X-Men love triangle of Jean Grey-Wolverine-Cyclops to the decades-long relationships of Mary Jane Watson and Peter Parker, to Green Arrow and Black Canary, the soap-opera storytelling of comics has always embraced romance. And as with many elements of comics continuity, some of these relationship were not written particularly well, reinforced sexist tropes, or were incredibly problematic (see Women in Refrigerators). However, the point remains that romance is part of these characters’ DNA, and it’s been employed for both comic plotlines and (obviously) uber-dramatic ones.

Given that the two stars are Paul Rudd and Evangeline Lilly, the fan reaction to Ant-Man‘s comic minor characters like Michael Peña’s Luis, and Scott Lang’s past as a roguish thief, a romantic comedy does feel like a smart way to go with this material. Marvel Studios’ Kevin Feige has talked some big game about the broad genre possibilities of Marvel films, saying, “They all happen to be based on Marvel characters and Marvel comics, but from a genre and a cinematic perspective, they’re all very unique.” But while, for example, Winter Soldier and Guardians of the Galaxy certainly don’t feel like they’re in the same genre, many of the Marvel films do follow a similar formula.

Fox, on the other hand, has found its biggest success in adapting the superhero material to new genres. We’ve seen Logan as the post-apocalyptic Western, Deadpool as a raunchy and meta action-comedy, and the upcoming New Mutants horror film.

That said, this “rom-com” suggestion certainly comes with some concerns. If the romantic comedy of Ant-Man and the Wasp is written like a retro sexist farce, with Hope as the scold and Scott as the fun rogue, I will tear my hair out. That is no one’s dream for this character, and after being denied her chance at the joy of superheroics in Ant-Man, I want Hope to have fun kicking ass in this one. Her costume looks bomb on the Vanity Fair cover, and I want to see her do plenty of fighting and heisting and hero-ing in it. If the writers betray that sneaky, triumphant smile she gave in the post-credits scene in Ant-Man, they’ll break my heart.

But if instead we get a movie where Scott and Hope are handling some small-time supervillains, joking and flirting the whole time, with personal character arcs that aren’t built around shouldering apocalyptic responsibility, or overcoming crippling guilt – but that are instead about the equally difficult and demanding goals of being better, more understanding partners to each other, I’ll be pretty damn happy.

But what about all of you? How does an Ant-Man and the Wasp rom-com sound to you?

(Via CBR; image via Marvel Studios and Walt Disney Studios)