Ant-Man and the Wasp arrives on July 6th, and Marvel’s PR machine is starting to gently steer us away from the ashes of Avengers: Infinity War.

If you didn’t see the latest Ant-Man and the Wasp trailer, stick around after watching the new TV spot. Like the trailer, the new spot, which is set to the strains of “It Takes Two,” features a good amount of light-hearted comedy—although the new villain, Ghost, looks to be up to some ghastly business.

More so than many Marvel properties, Ant-Man and the Wasp‘s promos showcase the truly awesome special effects that make these movies work. Not only is the shrinking/growing tech essential for fight scenes and funny bits, but Ghost’s intangible nature—which we get to see on display here—sets this villain up to be intriguing and hard to fight. It doesn’t matter how big or small you are if your punches pass right through the bad person. 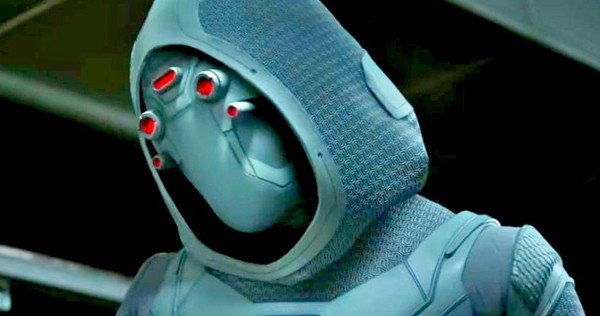 I’m also extremely interested to see what the movie does with Ghost, who has generally been a kind of anarchist and hacker who can interface with machines and render itself invisible and intangible. In the comics, Ghost, who began as an Iron Man villain (Ghost really doesn’t like corporations and grasping tycoons) has been male, but Ant-Man and the Wasp cast Killjoys actress Hannah John-Kamen in the role. This means that not only is Ant-Man and the Wasp the first Marvel movie to feature a female superhero in its title, it will be the only the second movie with a primary female villain (after Hela’s apocalyptic antics in Thor: Ragnarok).

The lighter tone overall of Ant-Man and the Wasp that we’re getting in the TV spot and trailer, and the inclusion of Scott Lang’s daughter, would seem to drive home that this is set to be far more of a family-friendly superhero romp than Infinity War.  While Infinity War managed many good one-liners and surprisingly comedic situations for such an ultimately serious movie, Ant-Man and the Wasp looks like a fun summer popcorn flick that won’t leave you sobbing in the aisles.

Are you as excited for Ghost now as I am?