Ant-Man and The Wasp Review: Marvel Fun and Gender Equality | The Mary Sue 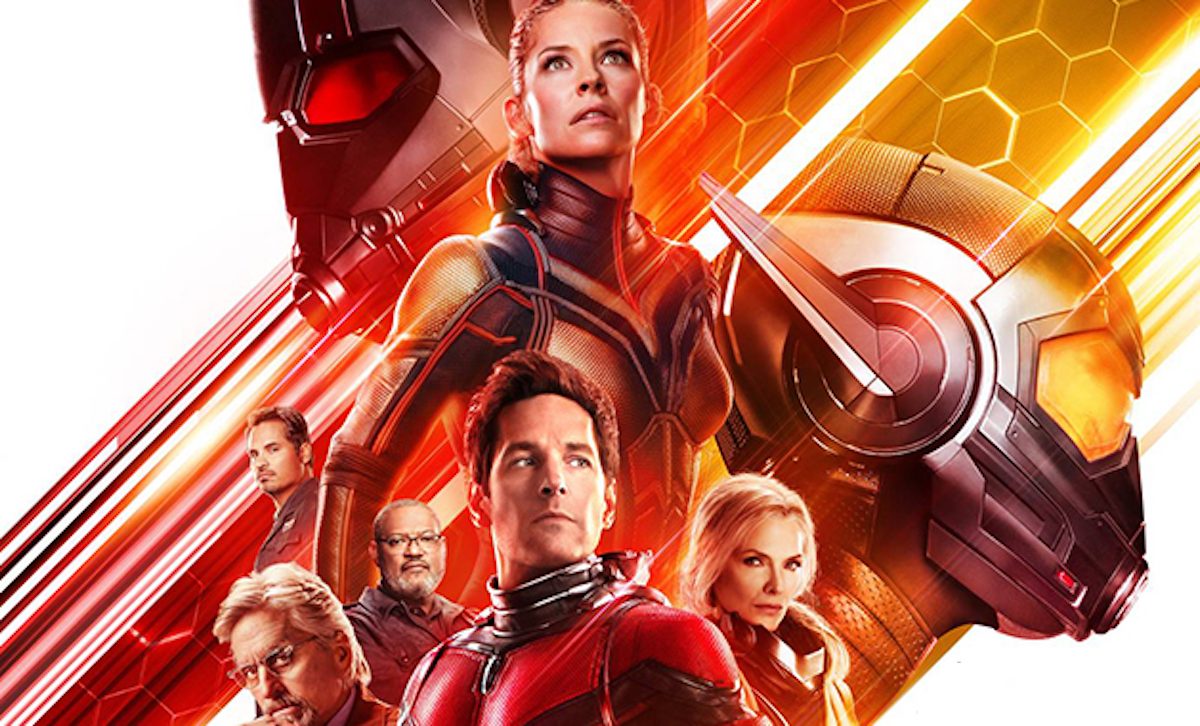 If I had children, I would take them to this family-friendly movie with so much delight. That’s because this is, in my decade-plus of being an MCU fan, the first time I’ve seen women receive truly equal representation on Marvel’s big screen. Hope van Dyne’s Wasp (Evangeline Lilly) is billed alongside Scott Lang’s Ant-Man (Paul Rudd) in the movie’s title—the first superheroine to be so featured in Marvel’s movie milieu—and she has as much action and important things to do as Scott, if not more. What a wonderful new world.

That it’s so casual and easily accepted that she is more than capable of these things would be the first lesson I’d want to show children (and adults): not that The Wasp is some exception to the norm, but that this is the norm now and going forward.

Hope’s missing mother, Janet van Dyne (Michelle Pfeiffer), who vanished into the Quantum Realm in the ’80s but may still be alive there, is lauded for the fact that she was a brave Cold War hero and a brilliant scientist above all else. The villain-esque Ghost (Hannah John-Kamen), another woman, is not ever defined by the traditional precepts of gender, even in her choice of costume. Welcome to a new and, I hope, a continuing chapter in Marvel movie history.

As expected, Ant-Man and The Wasp is intended to be more of a summer for-the-family blockbuster than recent Marvel properties, and on this account, it delivers beautifully. The entire narrative revolves around parent-child relationships as the glue that binds people together and tethers them to humanity.

Along the way, there is much laughter, over-the-top comedic situations, high drama, lots of shrinking up and down, myriad threats to our heroes, and explorations of “scientific” mysteries that will surely prove important to Marvel’s future. But while avid fans of the Avengers (like me) will eagerly note every mention of the Quantum Realm that might prove useful in the fight against Thanos post-Snap, my biggest takeaway from Ant-Man and The Wasp is that dynamic lead female heroes are here to stay—and they have a whole lot to contribute.

First, in terms of that familial theme: Ant-Man Scott Lang and his fiesty young daughter Cassie’s interactions are the heart and soul of this film, but hard on their heels are Wasp Hope van Dyne and her now-far-less-estranged father, Hank Pym (Michael Douglas)—as well as Hope with her long-vanished mother, Janet, via flashbacks and nostalgia. Adding to the bonding-fest here is the unexpected entry of villain Ghost and another character. Unlike the MCU many of us have come to know, where so often heroes are removed from their era and original roots (and fathers are usually awful), Ant-Man and The Wasp is intimately grounded in the present, with its characters still tied to their families and friends.

This is a very funny movie that I laughed out loud to more times than I can count. Even in the direst situations, someone—usually Rudd’s snarky Scott, or Michael Peña’s standout talkative sidekick Luis—has something ridiculous to say to lighten the mood. A totally unexpected but fantastic addition is Randall Park as long-suffering FBI Agent Jimmy Woo, tasked with the unenviable duty of keeping tabs on Scott under house arrest. Woo is the sort of person who delivers lines like “bowl of malarkey” and “what the Dickens!” so exceptionally that when he eventually asks Scott to dinner, you hope that Ant-Man says yes. Every time Park is onscreen, the movie gets better.

Here are the plotty nuts and bolts: when we find Ant-Man again, Scott is nearing the end of his house arrest for joining the fight with Cap’s team in Germany during Civil War, an agreement meted out between U.S. Homeland Security and Germany. As a result of Scott’s Team Cap pursuits, Hope and Hank are on the run, pursued by the same authorities that want to keep Scott in line. Scott is also estranged romantically from Hope after those events, though emotional heat is still evident between them.

When Scott discovers that he has a connection to original Wasp Janet van Dyne via his previous visit to the Quantum Realm, he’s brought back into Hope and Hank’s orbit as they design a search for Janet. The three face a new threat in the form of Ghost, a woman who can phase through solid matter and has a standing interest in Pym technology for her own reasons.

To even begin to attempt to explain the convoluted antics of Ant-Man and The Wasp thereafter is to detract from the head-scratching joys of seeing them unfold and unfold and unfold onscreen. I’ll say that the movie’s biggest and most underwhelming digression is a yawning side-plot and alterna-villain I kept referring to in my notes as “DUMB B-PLOT WHY” over and over again, but even the film seems to know this in the way it relentlessly meta-mocks that B-plot whenever it emerges.

Still, it’s hard not to imagine the tighter and yet more fascinating movie we could have had without so many ceaseless car, motorcycle, and other related vehicular chases around San Francisco. Maybe kids love these? Please let me know.

While you may find yourself somewhat exhausted with Ant-Man and The Wasp‘s nonstop action, my God, do they do it well. Director Peyton Reed guides his actors, at an astonishing amount of sizes and shapes, through so many sequences that it’s staggering to even imagine the planning stages. The special effects team should receive weekly massages and decades-long vacations—the ants and wasps alone are amazing. We’ll talk about the seagulls at a later date.

This movie dabbles in pushing the limits of what’s possible to see happen seamlessly onscreen, and it pulls it off so well that you accept it while you’re viewing and only whisper holy crap to yourself much later on. The Quantum Realm as we see it here is something we’ll be talking about until Avengers 4, but the real limit pushed and exceeded is in what women can do in a Marvel movie.

I’ve watched women go underrepresented in the Marvel movie universe for many years now. We’ve never lacked for strong, smart, capable women, from your Pepper Potts to Jane Fosters to Peggy Carters to Natasha Romanoffs to Gamoras to Nebulas to Valkyries to Okoyes to Shuris to Nakias—but what was missing was these women sharing a true equality of everything, especially screen time, alongside the men they care about. In Ant-Man and The Wasp, women fight and suffer and love and theorize and hurt and rage and are heroes and not heroes in equal measure. They are no longer on the sidelines; the spotlight is on them, and they are more than ready.

I don’t think it’s possible to have a bad time at Ant-Man and The Wasp (though you could drive a giant car through its plot holes). But when you emerge, take a moment to consider how revolutionary what you just saw was beneath the easy-going humor and the shrinking people. We’re watching a cultural shift occur in miniature, writ large.