Truly they belong with us here among the clouds. 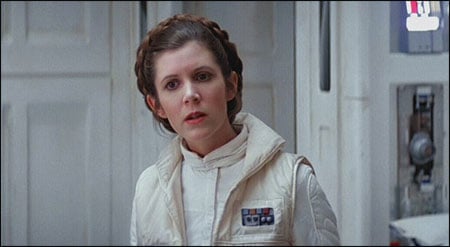 The prop and costuming company ANOVOS creates incredibly high quality and screen-accurate replicas of your favorite Battlestar Galactica, Star Trek, and Star Wars outfits—but unfortunately, they only carry costumes for women in the first two of those franchises. This month, they’ve put out a survey asking potential buyers what new Star Wars outfits they’d like to see, and appear to be specifically seeking a female perspective. You know what to do, readers!

The survey asks for gender and size requirements first (here’s to hoping there’s an interest in larger sizes as well), and then asks which of the specific outfits, both generic uniforms and specific character costumes, from each of the original trilogy films you would want to see made. Considering how few women there are in the cast, those who’ve dreamed of wearing Mon Mothma’s dress from Return of the Jedi are probably at a bit of a disadvantage—but the fact that they’ve even included her is a breath of fresh air if you ask me.

In addition to putting out the survey, it appears that ANOVOS is also taking a much more active approach in courting female survey takers on Twitter as well.

@clubjade we’re in need of more female perspective on our #StarWars survey! Would you mind helping us with that? https://t.co/6M8CYuGUMP — ANOVOS (@ANOVOS) September 23, 2014

While getting more female costumes isn’t exactly a done deal at this point, it’s very reassuring to see the company step up and recognize that it’s something they need to be thinking about. Maybe someday down the line, they’ll even offer prequel costumes—say what you want about those movies, but screen-accurate Amidala gowns? Yeah, I want to go to there.

If you love Star Wars and want to see what kind of costumes ANOVOS is thinking about offering, go and check out the survey. You also get a discount code for participating, and they sell a lot of Battlestar and Star Trek novelty items and smaller accessories that won’t break the bank if you want to save up for that eventual Leia costume.

Personally I’m all about that Bespin look, but I’ll be happy just as long as it’s something other than the white dress or the slave collar. Which outfit would you like to see most?