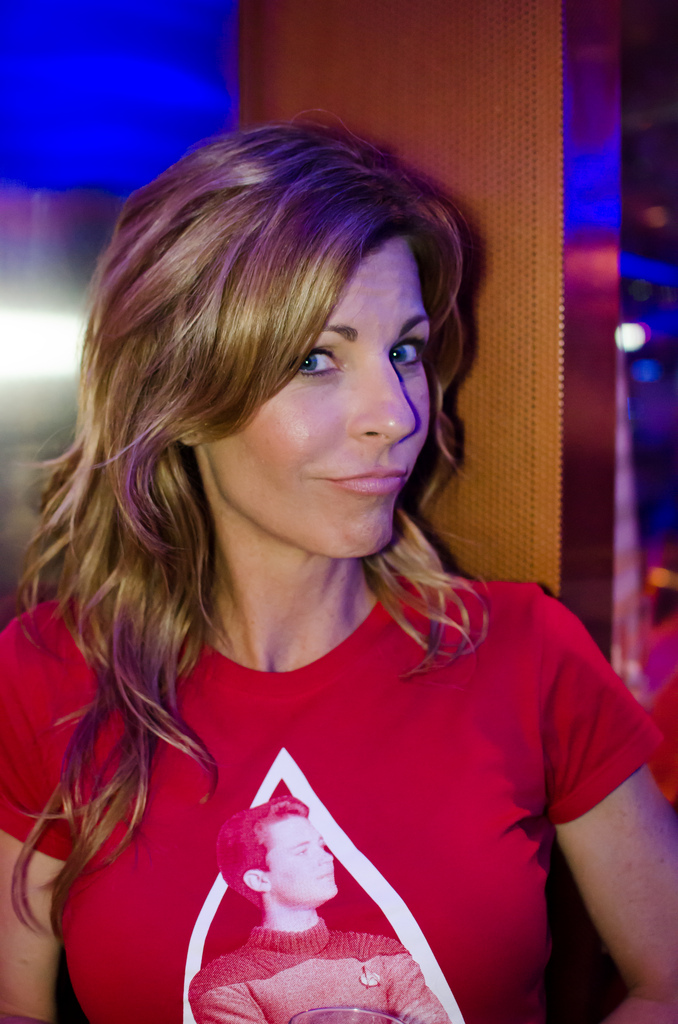 Anne Wheaton, Vandal Eyes genius and wife of Wil Wheaton, did an experiment on Twitter yesterday which led harassing Gamergaters into causing donations to be made to one of the organizations they despise the most – Feminist Frequency.

In a post on her blog the other day, Wheaton detailed her time at Calgary Expo and included one paragraph relating to the Gamergate/Honey Badger situation we previously reported on:

As much as I enjoyed meeting and seeing all of these wonderful people, I also know there can be people out there who look for opportunities to try to be hurtful and harmful to people who just want to enjoy a convention experience. I know this happened at Calgary Expo this weekend, and the staff and local authorities handled the situation immediately. It’s an unfortunate world we live in where angry and unhappy people try to find ways to take the joy out of life for someone else, but it was obvious by the thousands of people at this convention that it wasn’t going to affect their enjoyment of the weekend.

Apparently some people did not like what she had to say and she started receiving nasty messages on Twitter. Here’s what she decided to do.

I know I am a good person and I do what I can to make a positive difference in the world. For days, I have been attacked by terrible people.

For every angry, hateful, and/or disrespectful tweet I receive from a GamerGate person, I am donating $1 to @femfreq. I’m already up to $67. — Anne Wheaton (@AnneWheaton) April 22, 2015

I will not engage in your comments, GamerGate people. But I will mute you and donate $1 on your behalf to @femfreq.

I am capping my donation tally at $1,000, but if you feel like matching or contributing to my @femfreq donation, feel free to do so! — Anne Wheaton (@AnneWheaton) April 22, 2015

Dear @AnneWheaton, I am matching your pledges to @femfreq to $1,000. So that will be $2 for every disrespectful tweet.

Funny how quiet it just got.

The attacks on me were because of @Calgaryexpo and what I wrote on my blog. With no response from me, they’re now including @wilw in this. — Anne Wheaton (@AnneWheaton) April 22, 2015

Remember, if you’re saying something shitty to me, I’m muting you and donating to a feminist cause on your behalf! — Anne Wheaton (@AnneWheaton) April 22, 2015

These users often hide behind the veil of anonymity on Twitter and create multiple accounts expressly for the purpose of intimidating and silencing people. We have seen this type of behavior time and time again, including during GamerGate and other incidents involving both public figures and other individuals, so we are changing our approach to this problem, in some ways that won’t be readily apparent and in others that will be.

Dear @twitter & @Support-This is the what I’m talking about & why the donations on their behalf go to a good cause. https://t.co/Ck62jhQCem

The donations have more than doubled in such a short amount of time. Thanks, guys! @femfreq will be so happy you’re supporting them! — Anne Wheaton (@AnneWheaton) April 22, 2015

@Sarochi1 It’s not a threat at all. Just doing something good out of the terrible things that are being said is all.

It has been suggested to me that I include @RAINN01 in this donation process. I will add them and @ACLU. Thank you!

@scalzi I think I’d muted 10 people in the past two years, but at least 1500 in the past 3 days. At least today it supported good causes!

In the flood of hatred spewed my way over the past few days, I have seen the sweet and supportive tweets as well. Thank you for that. :-) — Anne Wheaton (@AnneWheaton) April 23, 2015