If Anne Hathaway struggles over pumping in the workplace, what hope is there for the rest of us? 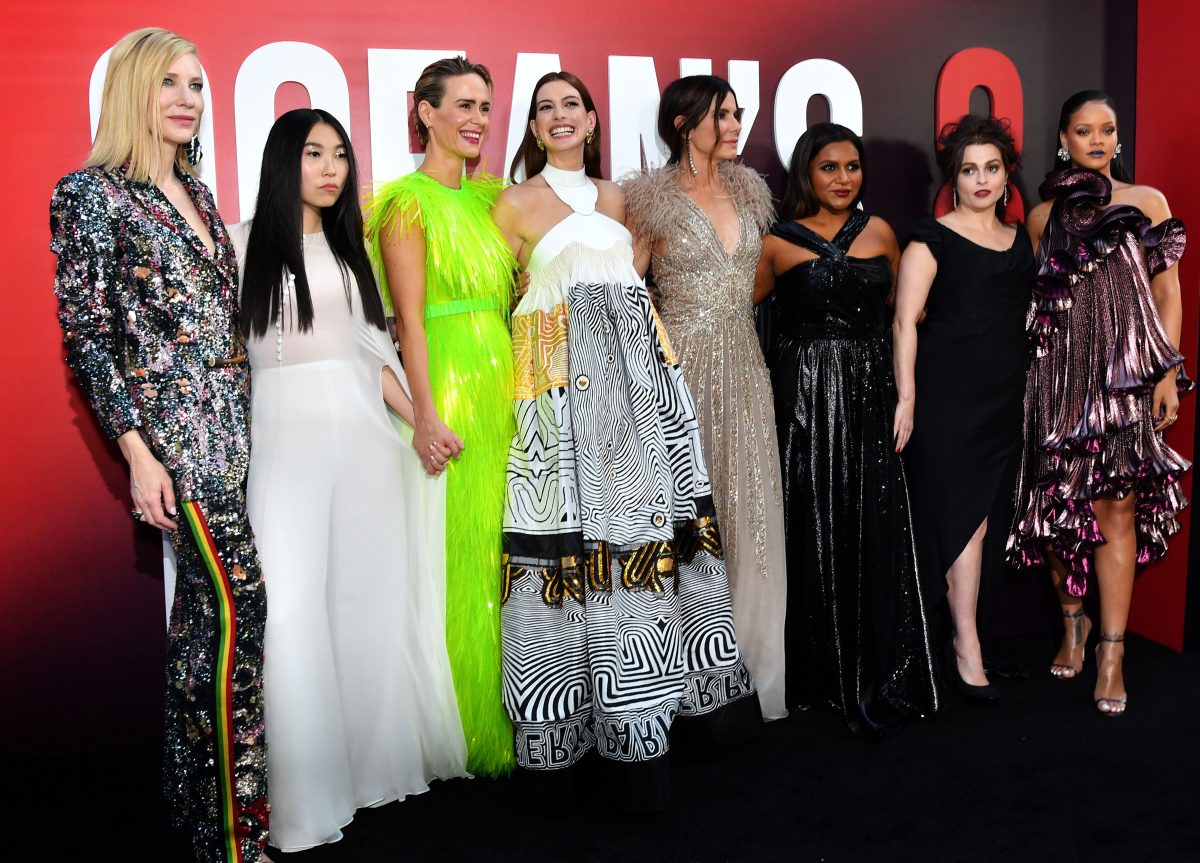 Whether or not you loved Ocean’s 8 the movie, you’ve probably been entertained by Ocean’s 8 the press tour. Whether it’s the cast playing games or Sarah Paulson doing her patented mom dance, the eight stars clearly enjoy each other’s company and had a blast working together.

In the midst of their whirlwind press tour, the ladies (sans Rihanna and Helena Bonham Carter) stopped by Today for an interview with Hoda Kotb and Savannah Guthrie, where Anne Hathaway talked about breastfeeding her baby on-set, saying:

“I was so happy, because I was breastfeeding, and I had that moment where I was like ‘is this going to be a positive environment to be able to do that in?’ but everybody was fantastic. I remember there was one moment where we were shooting a little long, and I just kind of went, ‘Uhhh,’ and the girls were like ‘What’s wrong?’ And I said, ‘I’m sorry, I should have pumped an hour ago.’ And the girls just like formed around me, and they were like, ‘We need a break. We need a break. Annie needs to go do this.’ And it was just like, I mean, who gets that?”

It’s lovely that all her co-stars (many of whom are also mothers) rallied around her, but it made me think. If Anne Hathaway, an A-list movie star with serious clout, needed all her co-stars support to go pump, then what hope is there for every other working mom who doesn’t wield that kind of power?

In 2010, the “Break Time for Nursing Mothers” law was enacted on a federal level through the Affordable Care Act (thanks Obama!). According to the law, employers must provide a reasonable break time for new moms to pump their milk, as well as a designated private space (not a bathroom) for them to pump. However, there are loopholes, and none of them work in the mother’s favor.

For one, employers are not required to pay moms for their pumping breaks. If the company offers a 10 minute paid break, the employee can use those to pump, but pumping can take 20-25 minutes to complete. When you do the math, that amounts to a lot of income lost due to breastfeeding. Additionally, the federal law applies to hourly/nonexempt workers. Businesses that have fewer than 50 employees (i.e. every small business) can apply for an “undue hardship exemption” if they can’t or won’t meet the requirements.

Clearly this country’s lack of respect and support systems for mothers is taking a much larger toll. The US has reported its lowest birthrates in decades, thanks to economic depression and lack of post-natal care. Compared to the rest of the civilized world, America is the only country that doesn’t offer paid maternity leave and free neo-natal healthcare. It never fails to strike me as hideously ironic that politicians and people preaching pro-life policies cease to care about those lives the moment they exit the womb. Stats for moms in America are quite depressing, so cheer yourself up by watching the rest of this delightful interview: