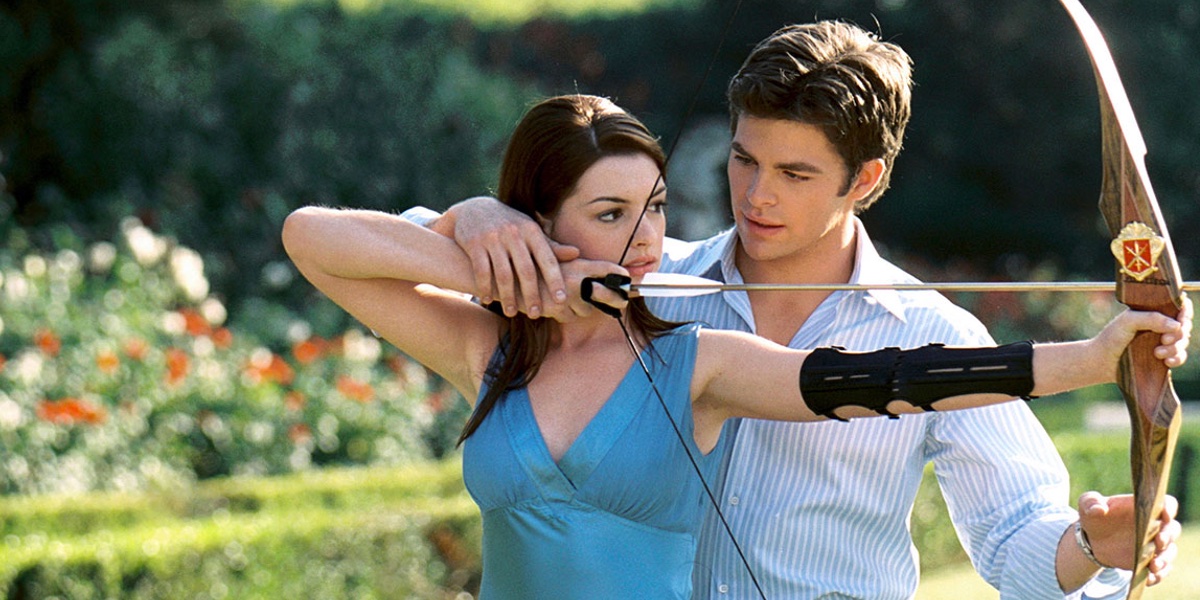 The Princess Diaries, and the stellar sequel Royal Engagement, are beloved comedies for all of us Anne Hathaway fans. Also, this is the franchise that introduced Chris Pine to the world and gave us Julie Andrews being absolutely fabulous, so we owe it a great deal. We’ve been waiting for a sequel for a long time, and now it might finally be happening! Hathaway, while speaking to Andy Cohen, shared that a script does exist.

“I want to do it. Julie [Andrews] wants to do it. Debra Martin Chase, our producer, wants to do it. We all really want it to happen,” Hathaway said, as reported by Cosmopolitan, before adding, “It’s just we don’t want to unless it’s perfect because we love it just as much as you guys love it. It’s as important to us as it is to you, and we don’t want to deliver anything until it’s ready, but we’re working on it.”

I personally cannot wait for the next film to come out, hopefully featuring Mia as a celebrated queen, Clarisse happily married to Joe, and Chris Pine’s Nicholas as a trophy husband who probably does charity work and helps kids. We know absolutely nothing about what the plot might entail, but if I may, there’s one idea that they’ll probably go with to continue on the idea of generations of Rinaldis on the throne:

Mia might be a mother at the time of the sequel. As much as I hate the idea that all female characters must have kids, one way to continue the franchise for both returning fans and a new generation is to introduce a younger Rinaldi. At age 36, Hathaway could be mother to a pre-teen, assuming she and Nicholas married shortly after Mia ascended to the throne. Mia could be trying to help her own daughter navigate the perils of growing up as both a young woman and a princess.

Maybe the daughter doesn’t want to ascend to the throne when she’s old enough. There could be stress in their relationship as Mia remembers what it was like to not want to take the throne, but also wants to encourage her daughter to follow in her footsteps. Meanwhile, some mild political drama can occur—nothing too serious, mind you, this is a light family comedy—and Mia can save Genovia while mending her relationship with her daughter.

As I said above, I don’t like it when all female characters are sidelined as they become mothers. However, Mia has never been just a love interest or just a flat character. Mia’s wants and desires have always been key to the franchise, and her agency has never been in question. The ending of Princess Diaries 2, where she decides to not get married to anyone regardless of what the law says, instead ascending the throne as a single woman, is empowering as hell. Mia will not be reduced to a background mother figure by having a daughter, but will remain central to the story as the lead character.

I cannot wait for Princess Diaries 3, and I hope it’s perfected soon, because I need more Hathaway and Andrews and Pine, especially since Royal Engagement is leaving Netflix soon. We’ll keep you posted as more details about the film emerge.