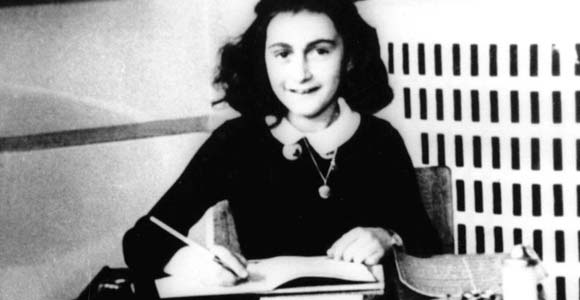 This definitely sounds like the makings of a bad joke. It’s not. It’s really happening.

“Ari Folman, director of the Oscar-nominated Waltz With Bashir, is on board to write and direct an animated feature based on the life and famous diary of Anne Frank,” write The Hollywood Reporter. “The filmmakers have been granted complete access to all of the archives of the Anne Frank Fonds Basel, founded by Anne’s father Otto Frank as well as to all the branches of the Anne Frank Fonds worldwide.”

“Bringing the Anne Frank Diary to all screens is a fantastic opportunity and challenge,” said Folman. “There is a real need for new artistic material to keep the memory alive for younger generations.”

While I agree on people continuing to learn about Frank and her family’s story, an animated family film just rubs me the wrong way. Of course that’s not to say animation can’t tackle more serious fare, Persepolis is certainly a good example, but is animation the way to go for this particular story? I believe my first introduction to The Diary of Anne Frank was when they showed us the 1980 film by Boris Sagal. I’m not sure I would have taken an animated film as seriously.

What do you think about the project?

[EDIT: Readers more familiar with Folman’s work assure me this project will be good.]