Need Help Getting Into Anime? Use This Anime Matchmaker 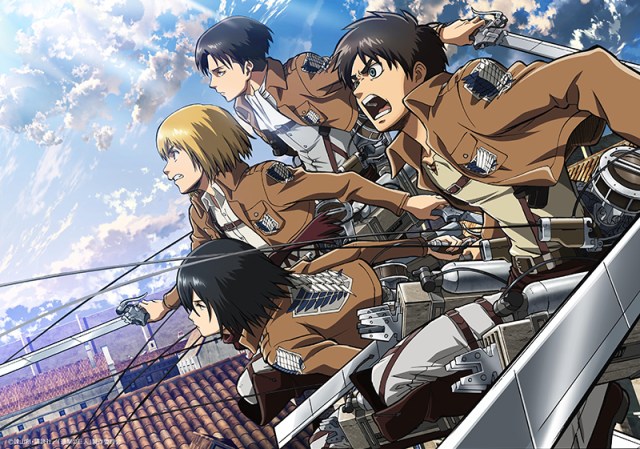 Ah, anime. That tempting treasure trove of imported entertainment, filled with all kinds of shows worth geeking out over. It seems like something worth checking out, but where in the world should you start? Well, one way to go about it is to take your favorite TV show and find an anime series that offers the same kind of appeal. Luckily for you, the hard part’s already been done. Here you’ll find a broad selection of great ways to get started on anime, all paired with a fan-favorite US TV series.

If you like The Walking Dead, try Attack on Titan

The Premise: A race of hungry giants called Titans have overrun the world and pushed humanity to the brink of extinction. Three circular walls protect the surviving population, with the innermost wall reserved for the wealthy and privileged. People have grown complacent after years of relative safety, but the illusion of security is shattered when the Titans breach the outer wall. Humanity must find a way to fight back against the Titans and reclaim the outside world.

The Appeal: Take the zombies from The Walking Dead, make them move a whole lot faster, and zap them with a growth ray until they’re taller than your house. Presto, you’ve got the human-eating monsters from Attack on Titan. Much like the popular zombie franchise, Titan offers a mix of tense, desperate action scenes and tough examinations of human nature. With a large ensemble cast, you’ll be sure to find someone to root for, but don’t get too attached. Attack on Titan shares The Walking Dead’s habit of killing characters off left and right. 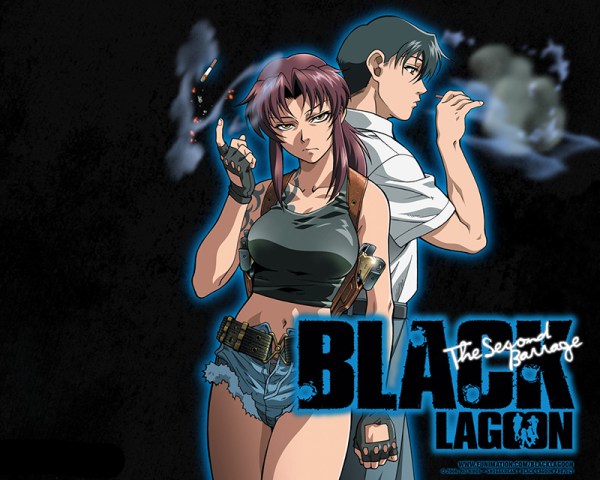 The Premise: A mild-mannered businessman heads to Southeast Asia for work, but his trip is interrupted when pirates kidnap him and steal the data disc he’s carrying. Rather than negotiate for the sensitive information, his employers hire mercenaries to sink the pirates’ torpedo boat, destroy the disc, and kill him in the process. Not content to go out quietly, our white-collar hero joins the pirate crew and jumps headfirst into a life of crime.

The Appeal: Breaking Bad evolved a lot from its first to its final season, but it started out by appealing to the fantasy of giving society the finger and starting a new life as a gritty anti-hero. Black Lagoon does for smuggling and piracy what Breaking Bad did for the drug trade, but it does it with a much more generous helping of gunfights and explosions. It’s a bullet-dodging, profanity-slinging good time, but Black Lagoon is smarter than it first appears. Like Breaking Bad, it’s not afraid to show how a life of crime can change an initially good-hearted person over time. The main characters are a nuanced, compelling group of men and women who just happen to kick ass and take names. 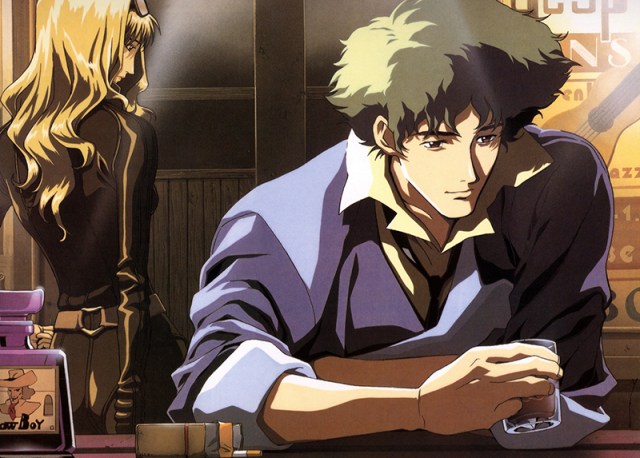 The Premise: In the future, an eclectic group of bounty hunters travel the solar system, hunting down criminals for money. As they clash with murderers, mobsters, and one another, each member of the crew must confront his or her own past. Old enemies and lost loves continue to haunt them all as they struggle to get on with their lives and keep their ship flying.

The Appeal: Just as Firefly is a cornerstone of sci-fi fandom, Cowboy Bebop has earned a lasting place at the heart of the US anime community. It follows the same strategy of taking a charismatic group of characters and bringing them together aboard a run-down old spaceship. The show is witty, exciting, and emotionally deep, and its jazz-influenced soundtrack is one of the best out there. If you liked the crew of the Serenity, the bounty hunters aboard the Bebop will easily work their way into your heart.

If you like How I Met Your Mother, try Toradora 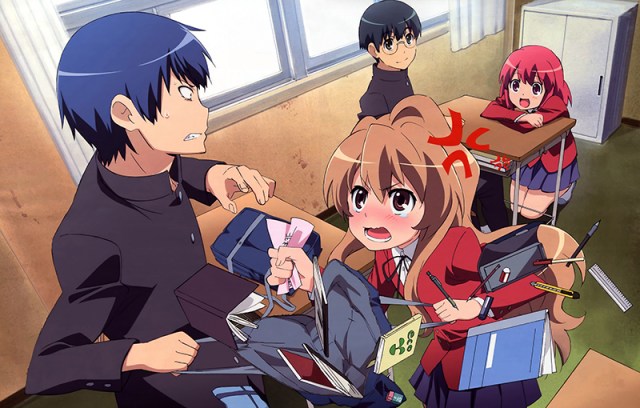 The Premise: Ryuji and Taiga are the very definition of polar opposites. He’s a big, intimidating guy with an easygoing personality and a love of cooking and cleaning. She looks tiny and adorable, but her appearance hides a bad temper and a habit of punching anyone who gets on her nerves. They reluctantly agree to work together upon realizing that each of them has a crush on the other’s best friend. Hilarious antics, awkward friendships, and plenty of teenage heartbreak ensue.

The Appeal: When How I Met Your Mother was at its best, it used its endearing cast to deliver both laughter and tears. High school romantic comedy Toradora does much the same thing, sneaking plenty of tearjerker moments into a very funny, very convoluted mess of relationships. It may not have the spaceships and gunfights of other shows on this list, but it more than makes up for it with the strength of its characters.

If you like House of Cards, try Eden of the East 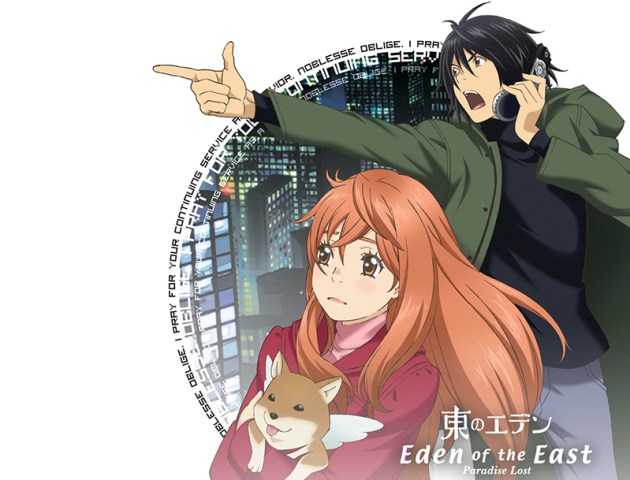 The Premise: Amnesia has become a common plot device over the years, but Eden of the East ups the ante by having its lead character wake up naked in front of the White House with a gun in his hand. In his other hand is a smartphone that gives him access to a vast fortune. Of course, he has no memory of how any of this happened. Things only get crazier as he begins to uncover the network of conspiracies that brought him there.

The Appeal: All right, even I admit that this comparison is a bit of a stretch. Eden of the East may lack House of Cards’ menacing monologues and congressional power plays, but it provides the same kind of conspiracy-driven thrills and intrigue. The series performs an amazing balancing act, managing to be both insightful and fun at the same time. It’s a tough show to describe without spoiling any of its many plot twists, but it’s extraordinarily addicting right from the first episode.

And there you have it: five awesome, accessible shows to get your anime addiction rolling. Pick whatever appeals to you the most and give it a shot. You might just end up with a new hobby.