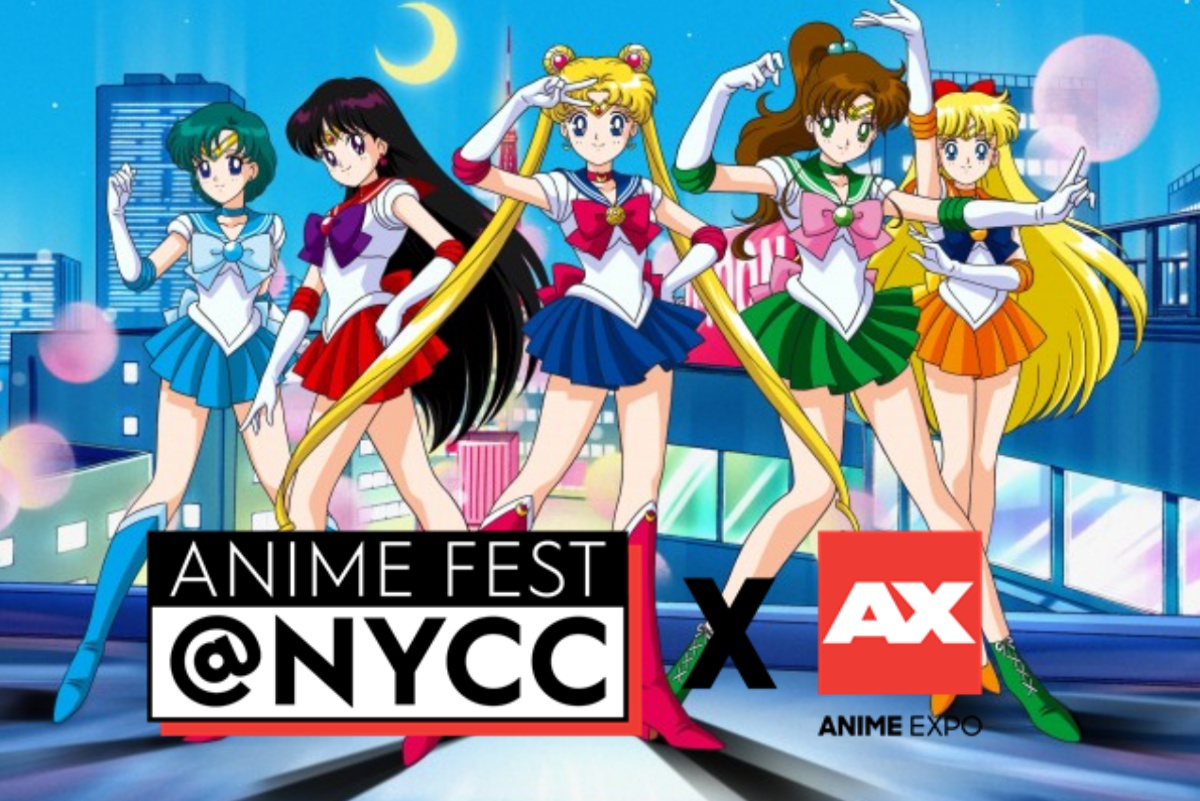 The week of New York Comic Con is upon us, which means a weekend of all the different intersections of Greekdom coming together in the Hellmouth that is the Javits Center. The expansion of that area into a large-scale nerd extravaganza has led to different organizations and conventions, like BookCon, taking good use of the event space. Now, for the first time, Anime Fest is coming to NYCC: “The four-day event will take place at Pier 94 from October 4-7 and provide fans the ultimate East Coast anime festival and celebration of Japanese pop culture.”

“We’re thrilled to give our fans added Japanese content during the week of New York Comic Con and to partner with the leading anime event in the United States to do so,” said Lance Fensterman, Global President of ReedPOP. “Anime and manga are increasingly popular among our fans, and we wanted to give them a fuller experience with uniquely interactive sessions, the opportunity to connect with the anime community, an area dedicated to designing wearable fashion, and much more. With a partner like Anime Expo, we’re excited to build upon our already robust anime content and create an experience that is unlike anything we’ve been able to deliver before.”

As a longtime Anime fan, this is such an exciting development for me. While Viz always has its own booth at NYCC, and there is plenty of anime/manga on display, more niche geek interests tend to get pushed out a bit as the event becomes more and more a showcase for upcoming television and film, so I’m happy to see this focus on anime.

Among the events featured are The Robotech Panel, Dragon Ball Super: Broly Panel, My Hero Academia Discussion, How To Practice To Draw Attractive Japanese Manga, Kingdom Hearts Meet Up, Sailor Moon Presented by KodanshaComics, and Anime Jeopardy! Those last two especially sound like something right up my alley.

“New York Comic Con provides us a tremendous opportunity to share many of the great experiences that Anime Expo already provides to fans around the world. Working with a partner like ReedPOP, who has been producing highly successful pop culture events for years, is a natural extension for Anime Expo and we are very excited to be teaming up with them at NYCC,” noted Ray Chiang, Chief Executive Officer of the Society for the Promotion of Japanese Anime, Anime Expo’s organizer.

Pricing for badges ranges from $10-$25 for Anime Fest @ NYCC x Anime Expo, and tickets are available to fans with Fan Verification accounts at discounted rates with their New York Comic Con badges, and will be made available to the general public even if not attending NYCC itself, as well.

I hope to see some of you there for Anime Jeopardy!