The Animaniacs Reboot Is Full of Good Ideas, Bad Ideas 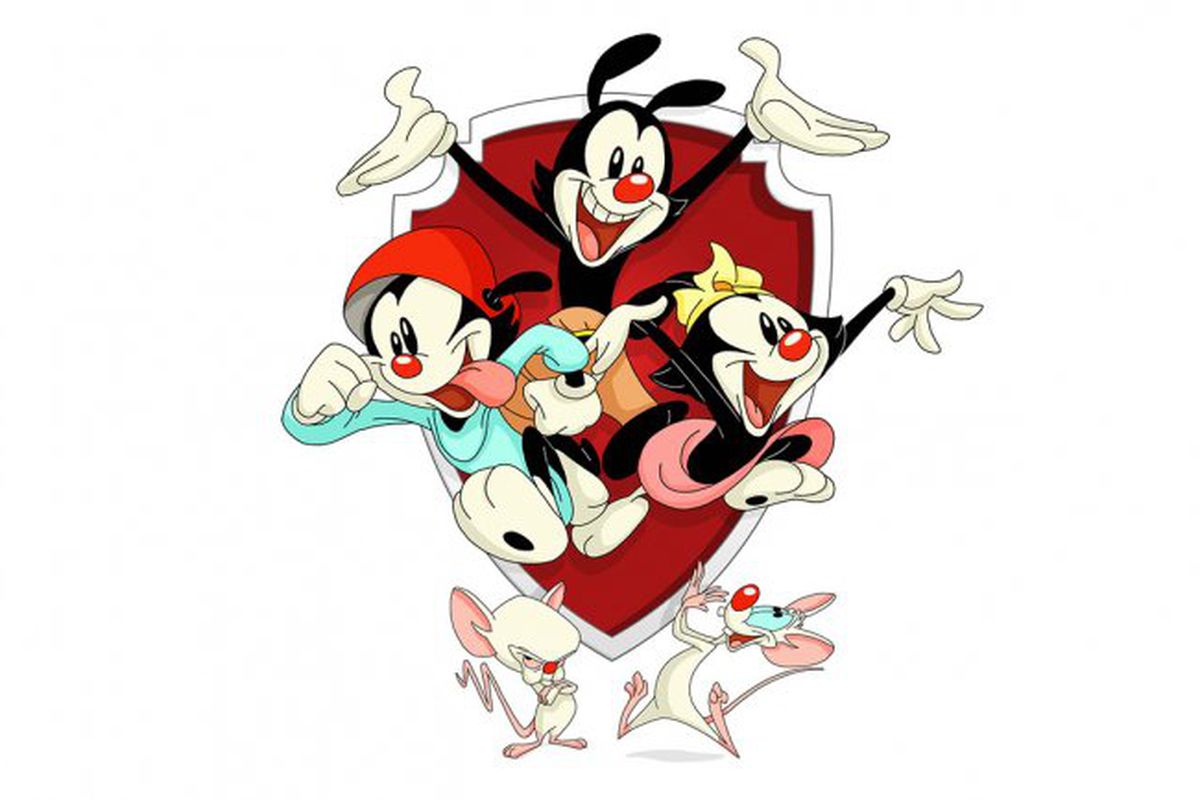 How zany are the Animaniacs? Well, according to the notes I just checked, it’s to the max.

The possibility of an Animaniacs reboot never crossed my mind over the years, but reboots, as the Warner siblings themselves point out in the first episode, happen quite often. I got to check out five episodes and I’m happy to say that Yakko, Wakko, and Dot are still a delightful trio to watch. That’s not to say the reboot is flawless, but I’d recommend checking it out when it hits Hulu tomorrow, 11/20.

So let’s break out that Water Tower and reek havoc on the Warner movie lot (and Hulu streaming, deal with it, Hulu, you asked for this).

Right off the bat, I gotta say I’m eternally amused that the episodes we got for the screening were out of order. It really speaks to the random feel of Animaniacs. Do you need to watch the episodes in order? LOL, no, there’s no cohesive plot here. At best I expect that there’s maybe a callback to a joke or two in the episodes we didn’t get to see, but in the grand scheme of things, it doesn’t matter. If you’re looking for an animated series with an ongoing plot the most you’ll get is, “They’re out the water tower again.” I mean, they don’t even explain where the Warner siblings have been this whole time, they’re just … here now. Insert shoulder shrug emoji courtesy of Steven Spielberg.

What makes this reboot so special is the level of care put into it, from its classic animation style, returning voice actors, and the parody and satire that made the original so memorable. The opening theme is a near-perfect recreation, right down to the lyrics changing before the final words of the song. There are some nods to diversity and even using pronouns, immediately followed by a callout to the trolls the series will inevitably get. It’s what you expect a 2020 Animaniacs opening to sound like.

Also, can I just say that making the Warners aware of this being a reboot is hilarious?

Two decades have passed and they know they have to be fresh for the new crowd, but not so fresh that they alienate old fans. Since the old series was pop-culture savvy for the 90s, the Warner siblings have to get caught up on what’s happening today … even if the script was being written back in 2018. This is solved in true Animaniacs fashion: absolute nonsense, and it’s amazing.

On the flip side, our favorite laboratory mice have been around this entire time, so they don’t need to be brought up to speed on what InstraGratification is. Yes, the puns and jabs are in full effect, so prepare for lots of spoofs on social media platforms, news stations, and things that’ll either make you laugh or make you mad. This also includes episode topics that tackle issues going on in America. They don’t flat out say the words, but it’s obvious that they’re not talking about bunnies and shoes. Sometimes they don’t even hide it, they come right out and sing an entire musical number on reboots and how many we’ve had over the years.

Meanwhile Pinky and the Brain continues to be one of my favorite things about Animaniacs. Brain is still trying to take over the world and Pinky keeps flubbing up his plans, but there’s also an equal amount of Brain getting in his own way. My favorite episodes were always the ones where Brain could’ve had it all if he actually listened to Pinky, and there’s a good amount of that this time around.

There’s also some nice commentary on just how bizarre Brain’s plans really are. Some of them are fine, but others are so villainous diva that they’re doomed from the start. Like. Does Brain really wanna take over the world? Or does he want a fancy crown to cosplay in? Honestly, Pinky’s motives are much easier to figure out: he just likes hanging out with Brain. Narf.

I expected the show to be a nostalgia fest so I was surprised when it did something new. Of course, the references are updated, and there are more Warner Brothers properties wandering the lot, but there are moments where the animation pays a clear homage to anime. My fangirl heart? Satisfied. There’s also a set up for Brain to have a potential mouse nemesis? Face it, Brain, you’re not meant for domination, just general annoyance.

In fact, where are, like, all the other characters?

I suppose there’s a chance that they just didn’t show up in the episodes we got for the screening, but I’m not sure why something like that would be excluded. Where’s my episode dedicated to where the heck Katie Ka-Boom is 22 years later? What’s up with the Goodfeathers? Buttons and Mindy? Where’s Hello Nurse at? Yeah, that’s right, even the blonde medical assistant is MIA. We do get a new segment called Starbox and Cindy about an alien trying to escape the clutches of a little girl. It’s also animated differently than the rest of the series. As first impressions go this segment is … ok.

The reason why I’m bummed out that we don’t have more characters is that Animaniacs has always been about more than Yakko, Wakko, Dot, Pinky, and Brain. What worked so well was its variety hour feel, giving viewers a lot of options. If you weren’t feeling one particular segment there was another one you could watch right after it, complete with little bits like Good Idea, Bad Idea. As it stands you get the Warner siblings, Pinky and the Brain, then back to the Warner siblings. There’s no buffer between them and at some point, it was just a lot to ingest in one sitting.

Also, there’s a lot of political satire, which is kinda hard to watch in 2020. Out of the five episodes I screened, four of them had some kind of political segment in them. Sometimes it worked, other times it didn’t, and without the rest of the cast to weave between the mains I’d go from one segment I wasn’t feeling straight to another one.

The odd part is that, at some point, the Warner siblings call this out. They have a press conference where reporters address the fact that viewers might not like a particular take they have. For me, though, it wasn’t the take, it was the fact that it didn’t feel as creative as earlier ones. I know the characters are self-aware but they’re also uniquely wacky, having them bluntly address Russia and Putin isn’t as clever as, say, the overpopulation of rabbits.

That and, well, I wanted more random hijinks. There’s an episode where Wakko is trying to find a donut thief. That’s it. There needs to be more of a balance with the silly for no reason vibe of Animaniacs. We do get a lot more of that with Pinky and the Brain and the world domination plans, though.

Despite my criticisms, there’s enough charm in the series to make it worth a watch. From the episodes I saw it feels like a group of friends reunited to recreate the magic they felt when they last worked together. There’s so much heart in this reboot and it really feels like something the team wanted to do. There’s this sort of experimental vibe going on, like they’re trying different things until they settle on something that sticks. That means there’s gonna be some parts that miss the mark, but trust me, when the delivery works, it really works.