Galadriel The Hobbit: The Battle of the Five Armies Poster | The Mary Sue

"All shall love me and RUN." 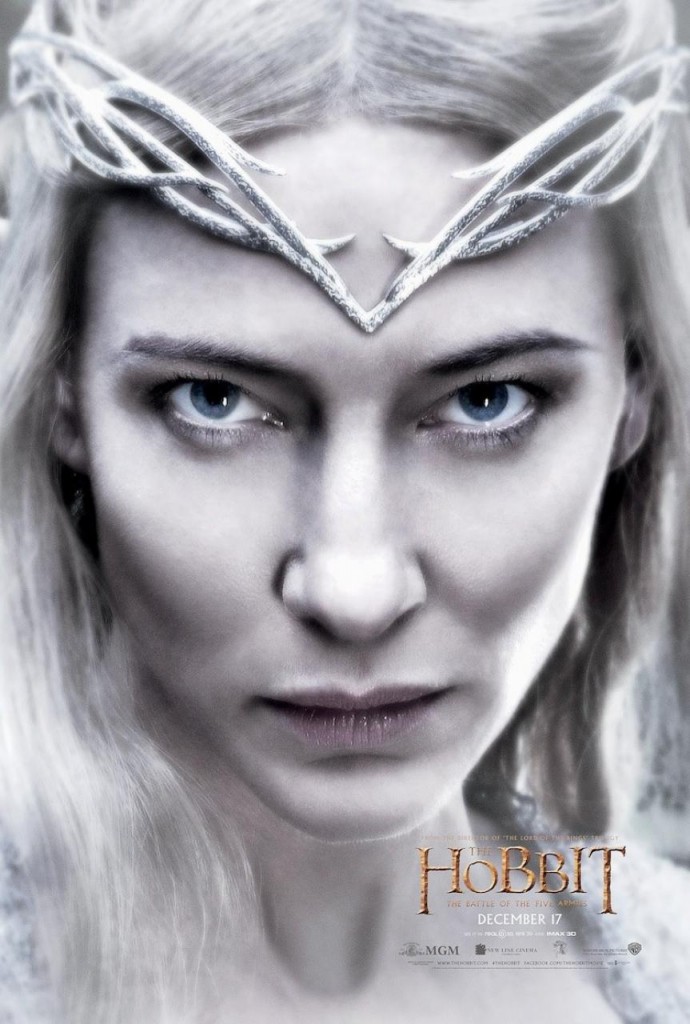 Somewhere Celeborn is clicking his tongue and muttering, “Oh, you have done it now.”

But that’s not all! The official Hobbit Twitter account also has a veritable Sophie’s choice of Elven glamorousness for you.

The fans have chosen Galadriel. Who will be revealed next? Hashtag & tweet your vote for #Legolas or #Thranduil! pic.twitter.com/9kUFmxx1IX

I feel like I have to go with Thraunduil, if only because I’m afraid of what would happen if we didn’t pick him first.

Previously in The Hobbit Posters

Cate BlanchettThe HobbitThe Hobbit: The Battle of the Five Armies