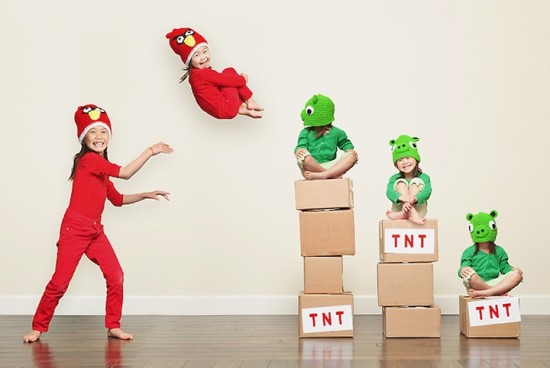 Photographer Jason Lee has raised the bar on real-life depictions of Angry Birds, even adorable ones, with this photo of his kids.

He explains the making-of to My Modern Met:

The girls have been playing their own version with stuffed animals and stacking up various objects, so I thought, hmmm, this would be a fun picture. I really wish I had a big enough slingshot, but I had to improvise. The setup was pretty straight forward, but the most difficult part was getting the younger daughter up in the air. I had to settle for this tried and true method, which is kinda embarrassing to say the least.

(My Modern Met via UFUNK)