Angelina Jolie Talks Eternals’ Thena & Maleficent: “What Color Am I Gonna Be? and What Power Do I Have?” 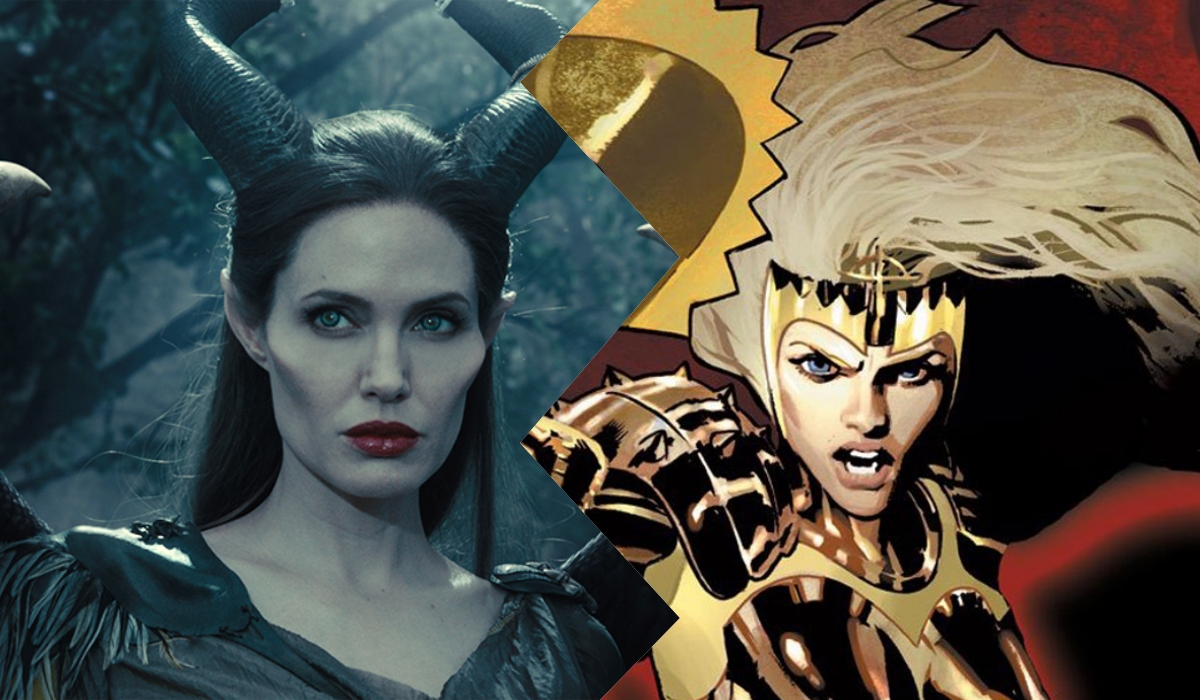 Oscar-winner Angelina Jolie is about to have a big year and change with Disney, with three Disney-produced movies hitting theaters in the next 15 months: Maleficent: Mistress of Evil (Oct. 18), the animated adaptation of the children’s novel The One and Only Ivan (Aug. 14, 2020), and Marvel’s Eternals (Nov. 6, 2020). I am looking forward to all of these properties because I’m a ride or die for Angelina Jolie, but also because she is a talented actress who has never been afraid to pick weird projects. She spoke about her franchise roles at D23, per Yahoo News.

Maleficent: Mistress of Evil, which I’m sure will be a masterpiece, will be coming out October 18, 2019, and it sees Jolie returning to the anti-heroine role after five years of putting the horns down. Which Jolie admitted she actually missed having.

“The kids like her,” she said. “I had fun with her. I do love playing her, and I missed my horns. It’s almost weird — I don’t know if that’s good or bad that I slide very easily back and forth from me to her.” Some might recall that in the 2014 film, tiny Princess Aurora is played by her real-life daughter, Vivienne Jolie-Pitt.

“And now in this one she has her wings in every scene,” Jolie elaborated. “So now she’s full wings, full horns, full crazy.” We also found out that the concept of a chosen family will play a big role in the upcoming storyline between Maleficent and Aurora. “They are encouraged to not be a family and pulled apart by their differences. We really pose the question and fight for the belief that what is different makes you stronger. What is family and what defines family is what you believe in.”

The cast of Marvel Studios’ The Eternals takes the stage at the #D23Expo pic.twitter.com/TR1gYEEq1w

“I am actually a big fan of the Marvel universe and everything [studio boss Kevin Feige has] done and what all the other artists have done, so when you get the call that you might be joining, you feel like you’ve been called up for service, it’s very exciting in fact,” Jolie said. “You’re just wondering, ‘What color am I gonna be? And what power do I have?’ And you’re still a little confused. It’s still new for me, so I’m learning.”

Thena is an Eternal, a member of Heroes for Hire, and the supernatural Expy of the Greek Goddess, Athena. She can also fly, cast illusions, teleport, and create the Uni-Mind, a collective psychic being created by mentally merged Eternals.

This makes her easily one of the most powerful female characters in Marvel comics, and I’m excited to just see Angelina Jolie be a superhero proper in the MCU. I choose not to think about Wanted like most human beings.