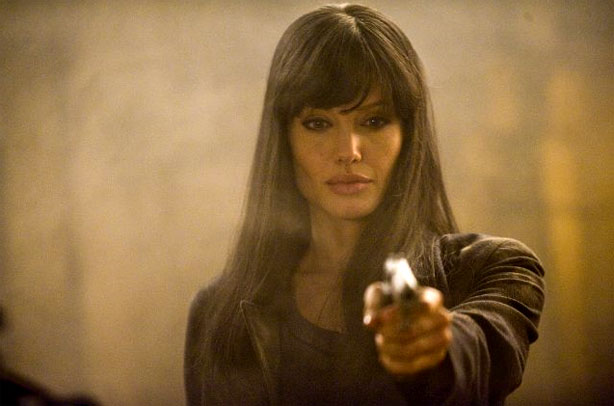 Angelina Jolie is no stranger to playing kickass women on-screen–and if this latest project goes through, the woman she’ll be portraying will be based on a real-life badass.

Jolie is currently in early talks to star in a film adaptation of the upcoming memoir Shoot Like a Girl: How One Woman’s War Against the Taliban Led to Her Victory Over the Department of Defense. The book, which is written by Air Force Major Mary Jennings Hegar, has a publication date of March 2017, and tells her story of being shot down on a Medevac mission during her third tour to Afghanistan in 2009. Jolie would be portraying Hegar in the film adaptation.

In addition to receiving the Purple Heart, Hegar is also only the sixth woman in history to receive the Distinguished Flying Cross–joining the ranks of legendary female pilots like Amelia Earhart. In 2012, Hegar filed a lawsuit against the Department of Defense arguing against the Combat Exclusion Policy, arguing that it was unconstitutional. The Policy was later repealed in 2013.